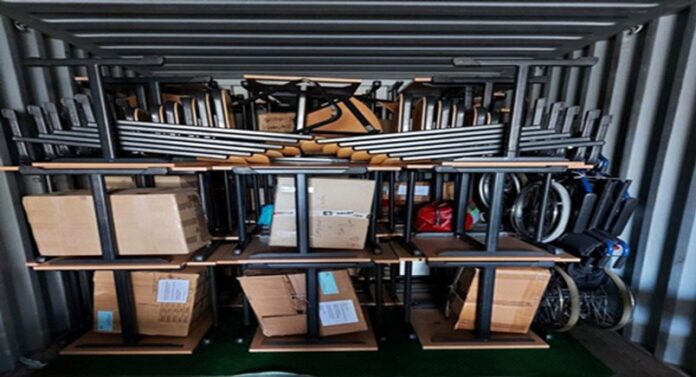 The donated materials also include some home-economics learning materials like sewing machines and sporting gear like footballs and boots.

Haddy E. Sosseh, the principal of the school, said the donated materials, especially chairs and tables are timely as the school is preparing to conduct exams.

Madam Sosseh said the school was thinking about how to do its exams because students have to seat one per desk for the exam and the school wasn’t having enough chairs and tables.

“This (donation) makes it possible to do the exam properly in a conducive environment,” she added.

The principal also said that the donation will ease the congestion of classrooms amidst insufficient desks caused by the large student population of the school.

The donation, she went on, will now provide a conducive learning environment for every student, despite the large student population.

Sukuta-Moormerland Association has been supporting Sukuta Junior and Senior Secondary School since 1988.  The association built the school’s library and examination hall as well as the electrification and fencing of the school.

“They have been supporting our libraries with books since they built it,” the principal added.

The principle shows gratitude for the help the association has been rendering to the school from building, fencing and providing furniture and other learning materials.

She believed that the donation of the learning materials will create a conducive learning space and further help boost the academic performance of the student.