Stakeholders in the tourism industry on Monday urged the Gambia Government to invest in tourism, a sector that is among the highest contributors to the country’s gross domestic product.

The movers and shakers of the industry made the call at the Ministry of Tourism and Culture in Banjul on the launch of the National Air Access Committee.

The Gambia does not have a single aircraft. And this development came on the heels of the recent collapse of Thomas Cook, a British airline.

Mr. Basiru Jawara, a key player in the industry who owns hotels, said the problem of tourism in The Gambia is a long time problem.

Jawara said the government must involve in the tourism sector, by investing and not only “taking” from the sector.

Jawara, who said he had worked with Thomas Cook for 19 years, said running a tour operation business is very difficult costing a lot of money, saying one has to sign a plane for six months for one million pounds before they answer.

He said the current government must look into the activities the previous regime did in the tourism sector because it ruined the industry, seizing several hotels when it took over power through coup in 1994. 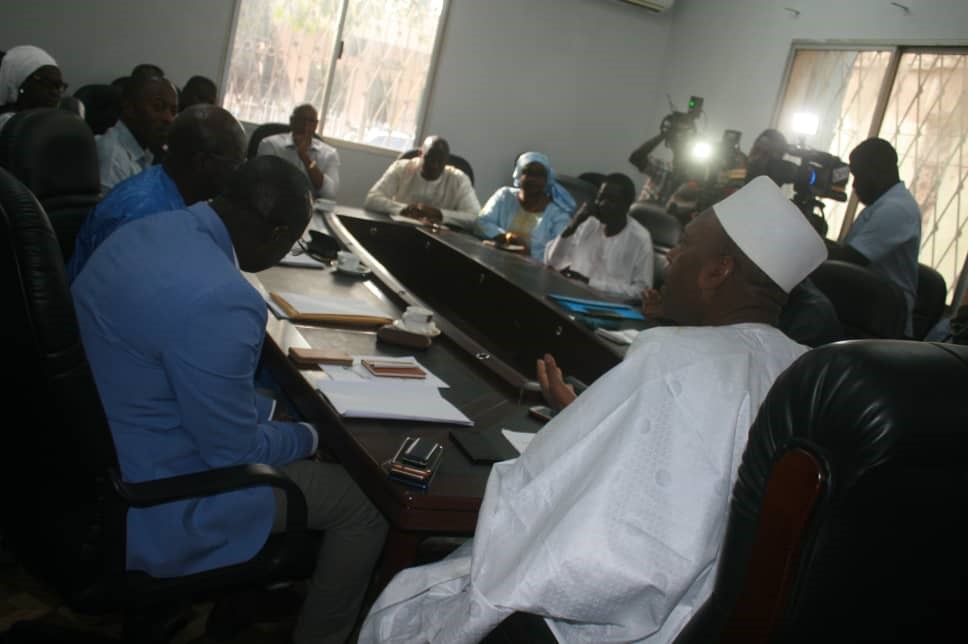 Mr. Buna Njie, general manager Senegambia Beach Hotel and chairperson of the Gambia Hotel Association, said getting air access to the country has been lacking and thus he calls for the end of dependency on outside tour operators.

Like Mr. Jawara, Mr. Njie said government needs to invest in tourism, adding that setting up the committee is the right direction.

“It is high time that we now look at other avenues, other markets… to create all year round jobs to ensure that people are employed to also ensure that there is enough revenue that government is collecting from the sector,” he said.

Sami Tamin, veteran tour operator, said since the collapse of Thomas Crook, the country is short of 8 to 10 flights weekly. He said this is really reducing the capacity of passengers visiting the country.

He proposed the setting up a national airline company which would partner with the government and the private sector to increase the capacity of tourists coming to the Gambia and charge low fares to Gambians in the diaspora who want to come home.
Abdoulie Hydara, Director of Gambia Tourism Board, said the task of the committee is simple, saying it has been done before and documentations are around which they can use and, collate all the information that they have, put it into a single document and advise the government on the direction they should take for the country to have air access.

“The financial modeling and how it comes, we have financial experts within us. We have done international financing, I have seen financing all over the world and I think that would support us,” said Hydara, who is also the chairman of the committee.

Hamat Bah, the minister of tourism and culture, said there has been an air access committee, but the newly formed one is different from the other one “because it is not a government-led, but stakeholders’-led”, where private people will tell government what needs to be done.

“The sympathy we are earning from our international development partners will fade off if we do not act at this opportune moment,” he said.
Minister Bah said the international community will not come on board to support them if they delay the process.

Sheikh Tijan Nyang, principal of Institute of Travel and Tourism of The Gambia (ITTOG), said veteran stakeholders like Basiru Jawara and Sami Tamin have been in the sector for a long time, but due to lack of support, they held back.
“Now that we have a government that is committed in reviewing the area of air access, we have the local expertise here… who are all committed in seeing the development of the tourism sector and we do hope and pray that whatever recommendations that we make in this exercise would be taken seriously,” he said.

By Foroyaa Staff The Gambia Government through the Ministry of Foreign Affairs, International Cooperation and Gambians Abroad has received information technology and office equipment worth...
Read more

By Ndey Sowe The Rural Child (RC), a charitable organisation registered under the Companies Act 2013 of The Gambia, in collaboration with the International Organization...
Read more
FOROYAA Newspaper is your premier Gambian community portal delivering news on politics, legal affairs and more. We provide you with the latest breaking news and videos straight from The Gambia and the rest of the world.