A member of The Gambia Armed Forces is reported to have escaped from arrest after he was allegedly found with suspected Cannabis Sativa by personnel of the DLEAG.

Ousman Saidybah, the spokesperson of the Drug Law Enforcement Agency (DLEAG) told Foroyaa that the soldier was stopped at a check-point by state security agents but he escaped arrest after the agents found the suspected drug in his vehicle.

Giving details of the nab of this drug trafficker, he explained that on 28th April 2020, around 8 pm, operatives of DLEAG and personnel of The Gambia Police Force stopped a commercial vehicle (BJL 1890 S) for a routine check at the Kalagi Check Point. 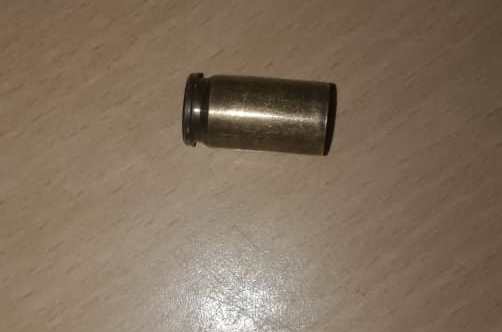 During the process, he added, they discovered a container (paint-like bucket) in the vehicle. He narrated that the officer inquired about the owner of the said container and declared their intention to search it.

“A male subject who identified himself as a soldier claimed to be the owner of the container but refused for it to be searched,’’ he said.

He continued: “With support from our colleague police officers on duty, he was taken together with the said suspected container to the charge office.’’

Upon arrival at the charge office, he said the said individual took out a pistol, fired a shot up in the air to pave way for his escape. Later, he said a search was conducted but he could not be traced.

He added: “The driver also revealed that the said individual identified himself to him as a military officer when he boarded the vehicle in Brikama heading to the provinces.”

According to DEALG spokesperson, investigators are probing into the matter and will work with the military command to establish the facts surrounding this matter.

Saidybah told Foroyaa that 17 detainees, who were allegedly detained over drug trafficking, have been released on bail since April 2020.

In a similar but separate development, Saidybah explained that some operatives of the DLEAG within the Kanifing Municipality arrested four suspects; three Gambians and one Senegalese. He said the arrestees are suspected of being in possession of the prohibited drug (cannabis) for the purpose of drug trafficking contrary to section 43(4)(e) of the Drug Control Act 2003.

He continued to say that one Wuyeh Drammeh, an adult Gambian and a Senegalese national were arrested after the two were found in possession of six (6) big bundles. While Mustapha Bojang, an adult Gambian was also under detention after he was found with ten (10) big bundles of suspected cannabis. He added one Ebrima Sanka was arrested with one big bundle of suspected cannabis in diverse places within the Municipality.

In the West Coast Region, according to Saidybah, operatives again registered a total seizure of ninety nine (99) big bundles and one hundred and twenty-eight (128) parcels of suspected Cannabis Sativa weighing 90kg and 840grams.

He added: “a total of thirteen suspected twelve (12) males and one (1) female have been charged for being in possession of prohibited drugs for the purpose of drug trafficking as at the reporting period. Out of these thirteen persons, twelve are Gambians and one is a Senegalese.’

The drug enforcement spokesperson, in his conclusion, expressed that the health and safety of all should be of paramount importance to every Gambian and non-Gambian resident in the country.

He said: “Our collective efforts and energy should be utilized in keeping ourselves and communities safe, secure and healthy.”