The price of Commodities has yet again increased across major markets in the Municipality and the rest of the country. This reporter visited various markets within the Municipality and talk to business persons in the provincial tail end of the country and discovered that the same items are not sold for the prices. The price difference has been found to be associated with those basic commodities and food items used by the people daily. When he visited the Serrekunda market, this reporter found some shopkeepers were selling a 25 kilogram bag of onion for D 700, while some sell the same bag for D800; a kilogram of onion before increment sold for D 30 and now sells for D50. A 25 kilogram bag of Iris potato is sold by some shopkeepers for D800 whilst others sell the same bag for D850; that a kilogram of Irish potato sell for D50 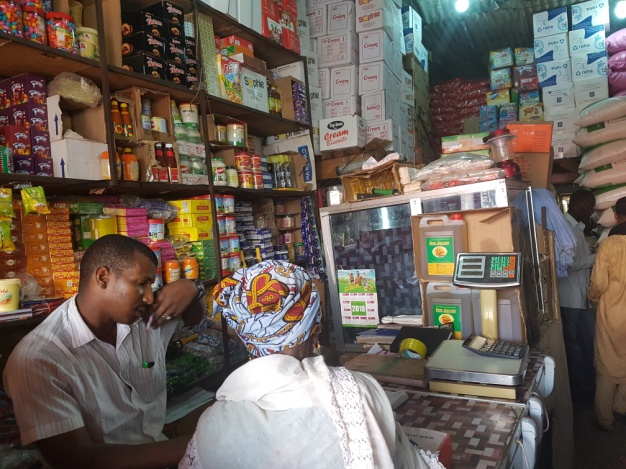 “People should remind the President about the pronouncements he made across the country during his campaign for the presidency, that the price of rice will not exceed six hundred Dalasi, if elected into office,” Lamin Darboe, a shopkeeper at the Sanchaba market told this reporter.  Darboe disclosed that they are yet to see any sign or activity from Government that determines the reduction in the prices of basic commodities. He said the president should not marginalize the majority, because they carry the vote that took him to State House.

Kumba Sowe and Adam Barry, expressed that the supply and demand can also affect the prices of basic commodities; that the price of a commodity may be high due to the demand of the commodity by consumers; that the unpredictability of foreign currency can also lead to unstable prices. Both buyers and vendors call on the authorities to look into the issue with urgency, and find solutions to it. This reporter visited the markets in Brikama and Busumbala, and found shopkeepers and some vendors were not also selling at the same price, for the same basic commodity. A 50 kilogram bag of rice that used to sell for D1,150 is now sold for D1, 250 in these markets. A 50 kilogram bag of Sugar that sell fro D1,300 has now increased to D1,375. A bag of iris potato is sells for D800 whilst a bag of onion sells for D750.

Kumba Njie who spoke on behalf of vendors at the Brikama market, said they are worried about the frequent increment of the prices of food items, and have been pondering where the problem lies; that the price of sugar continues to increase and they expect that it will not go further than this. Kumba said the President should be mindful of the plight of people towards the price increment of basic commodities.

According to Kemeseng, he has received an apology that the programme showed his picture but did not give his correct name. He is of...
Read more

By Lamin Fatty The inhabitants of Upper River Region (URR) have expressed their despair and desperation over the inconsistent power supply they are experiencing as...
Read more
FOROYAA Newspaper is your premier Gambian community portal delivering news on politics, legal affairs and more. We provide you with the latest breaking news and videos straight from The Gambia and the rest of the world.