So What Next for Gambia after Togo’s Defeat?

While there are no dressing room incidents to suggest disunity, Tuesday’s shock defeat to Togo had all the hallmarks of a team in shambles. The current curse plaguing the Scorpions did not start today, though it reared its ugly head on full scale in the aftermath of the encounter.

Gambia’s biggest setback –which began even before the qualifiers kick-started –is a known epidemic and the vaccine to rid the system of the pandemic is a dose alarmingly in short supply.

Poor preparation –morphing into something of a culture circle – was and still continues to be reason for Gambia’s failure to partake in any senior international competition, be it World Cup or the Africa Cup of Nations.

Gone are the days when poor player –quality used to be cause for the nation’s non-qualification in any of the aforesaid tourneys.

In the run-up to the ascension of Tom Saintfiet as Sang Ndong’s replacement and the new man to shepherd the national team, friendlies to get the outfit engaged were discussed of which only the proposed match with Cape Verde reached the corridors of the press. Before then, Kosovo and Gabon topped Football House’s priorities, at least by what has been fed of the press by sources.

Of these, only the duels with a second string Morocco saw light of day with the preceding 2-1 win over Central African Republic (CAR) perceived more as a pyrrhic outing. 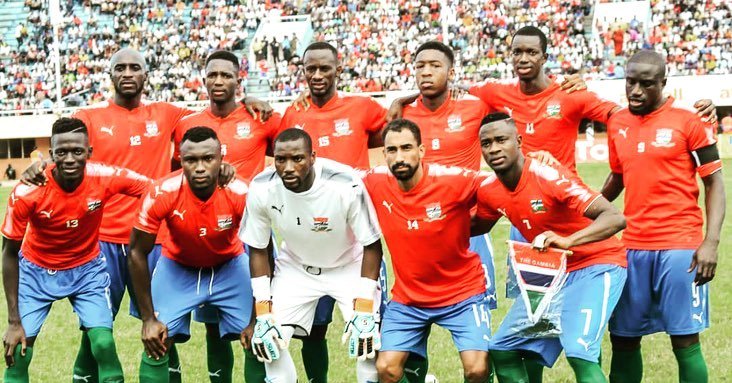 But as is the habit of most, the victory over the Wild Beasts, was made bigger than it actually was.

A rematch with them followed soon after at home to Gambia, just before Tom officially assumed the Scorpions managerial helm. A much improved set up than the one we played before, CAR tied an assembled solid Gambian formation comprising the country’s very best.

Friendlies are staged before qualifiers as catalyst for adequate readiness. New coach Tom Saintfiet hasn’t been accorded any and is inevitably forced to take the qualifications as test matches. He has not voiced this publicly but conclusion points to this, making his nine-month short-term deal with TOR of qualifying Gambia all looking like a disjointed cartoon script.

Many coaches with this short of contract situation have been frog-marched out the door before. Saintfiet’s first match in charge was greeted by a player-rebellion sparked by Bubacarr Trawally’s omission from the Belgian’s roster for the Algeria meeting with hell breaking loose when the news leaked.

Hamza Barry’s failure to show up in the fixture against the Desert Foxes prompted Tom into making do with an overly three-man defensive midfield devoid of touch of creativity.

The last time such a pairing was heard of, it was a divorce sealed in blood in 2010 when Gambia got walloped by Burkina Faso with Tijan Jaiteh and Ebrima Sohna the middle men.

Yusupha Bobb, the other midfielder watching proceedings from the bench, is not a fervent builder of attacks.

To the awe of many, Algeria didn’t inflict any havoc and the Scorpions escaped barely hurt in Lome prior to Gambia’s immensely disappointing result this week.

Emboldened by their rare display of bravery in the Togolese capital, the Scorpions entered Tuesday’s showdown with a never before seen sort of optimism.

But fifteen minutes into the game, the enthusiasm faded and the song on the lips of fans read a varying tone. The midfield did not hold together with Ebou Adams exposed to the marrow. Surging forward became words unheard of. A desperate Saintfiet resorted to doing a Zidane –sacrificing the midfield for an all outing of strikers. His intentions –to score at all cost –was well meaning but the ensuing actions spectacularly backfired. A pestered Togo were resolute at the back and disjointed as they were in cohesion, managed to rally late to punish the Scorpions’ not-too-impressive defending.

The game’s only goal scorer Flyod Ayite left the hosts’ defence in a heap before clattering past goalkeeper Alagie Modou Jobe into Gambia’s net.

A rancor followed as matters turned ugly. Umbraged fans at this moment pelted water bottles and other odds and ends at the Gambian bench. Some tore up banners adorning the stadium as security fired tears gas to disperse the crowd at end of the match.

Chances of qualifying have grown thinner than feared on the back of Benin’s dramatic rise to go joint-top with Algeria on seven points.

Gambia has two games to rely on one of which is squaring the North Africans in Algiers. Picking points off them is feasibly after Benin proved it. This however wouldn’t happen if the row between the coach and the three key players persist.

Hamza Barry and Omar Colley got on the last nerve of the coach after appearing to contest the Belgian’s selection choices. Such player ventures are considered grossly punishable in some parts, however, the gaffer letting go and re-admitting the duo in camp for the team’s common good after they’d issued groveling apologies, should be a step in the right direction towards salvaging Gambia’s sinking Afcon run.

The Scorpions manager would want to prove a point or two that his team could move on without the duo but pride thriving in these times will merely jeopardise it for the country.

Gambia is now leaning on a thin thread hoping Caf strip Togo the points for fielding Adewale Oloufale, believed to be a Nigerian featured on the bench by Sparrow Hawks in the first-leg.

“They Poured Us Urine, Holy Water and Insulted Us,” Ebou Sillah Reveals How He Talked Down El Hadji Diouf and Senegal’s Dirty Tactics 16...

Football, it is said, could unravel the dirtiest of dark arts in the fervent quest to win. Senegal are perhaps epitome of that in the...
Read more

By Sulayman Bah Italian gaffer Di Carlo has voiced interest to acquire the services of Lamin Jallow who could potentially cost them over 57 million...
Read more

By Sulayman Bah Omar Colley could soon become the second Gambian to play in the English Premier League. The centre-back is a hot-cake in the European...
Read more

Divided Before United: Africa at Addis 1963

By Baba Galleh Jallow On May 25 each year, Africans observe African Liberation Day (ALD) to commemorate a historic day in Addis Ababa, Ethiopia in...
Read more
FOROYAA Newspaper is your premier Gambian community portal delivering news on politics, legal affairs and more. We provide you with the latest breaking news and videos straight from The Gambia and the rest of the world.