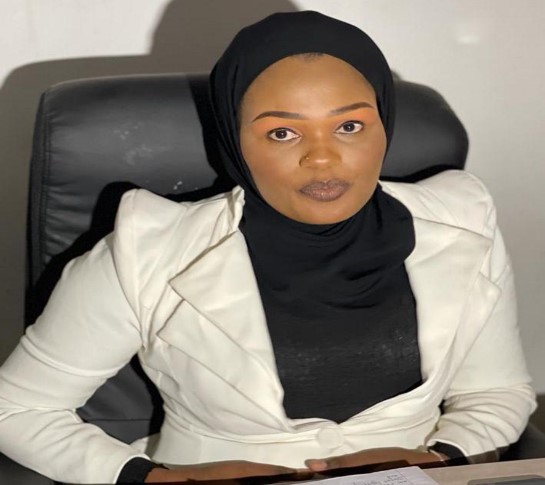 Young Gambian charity founder, Ms. Fatoumatta Jammeh-Jeng, declared her interest to run as a member of parliament for the Serekunda Constituency on Monday, 27 December, 2021 ahead of the forthcoming national assembly elections.

Ms Jammeh-Jeng, who is the Chief Executive Officer (CEO) and founder of Single Mothers Scheme, also encouraged Gambians especially women to be part of the governing system.

The current NAM for Serekunda, Halifa Sallah, who was the standard bearer for the People’s Democratic Organisation for Independence and Socialism (PDOIS) during the recently concluded presidential elections. Sallah has since announced that the December polls is his last time to contest elections.

Born and brought up in Serrekunda, Jammeh-Jeng said Serrekunda is of concern to her, citing lack of good roads, under-employment, problems of hygiene, security, among others are issues which need to be addressed.

“Observing the trend of politics in our community I realized a lot of grassroots issues that can only be remedied when they are known,” she said.

In this respect, Ms Jammeh-Jeng, who is also the co-founder of Gambia First, said to overcome these challenges, measures need to be put in place, such as street lights for security purposes, community policing and random security patrols.

“For me, a better democracy is a democracy where women do not only have the right to vote and elect but be elected and voted for,” she said.

The young aspirant also highlighted the need for a mini stadium and a modern pitch, including other interesting ideas to engage the youth, but also generate income for the community.

Jammeh-Jeng stated that her mandate as a member of parliament will include law making, scrutiny and representation which will give her the right to state problems and suggest solutions for her constituency.

She called on the natives of Serrekunda constituency to support her cause as the first female youth candidate in history to emerge from the arena by taking up responsibility and going for what they deserve.

Ms. Jammeh-Jeng graduated at SOS Harmann Gmeiner Technical Senior Secondary School, briefly through the University of The Gambia and finally graduated at Regional Maritime University in Ghana with a Bachelors of Science in logistics management. She is an active member of the Young African Leadership Initiative as well as the Africa Maritime Women Association. 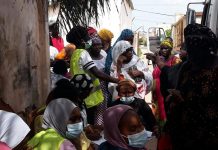