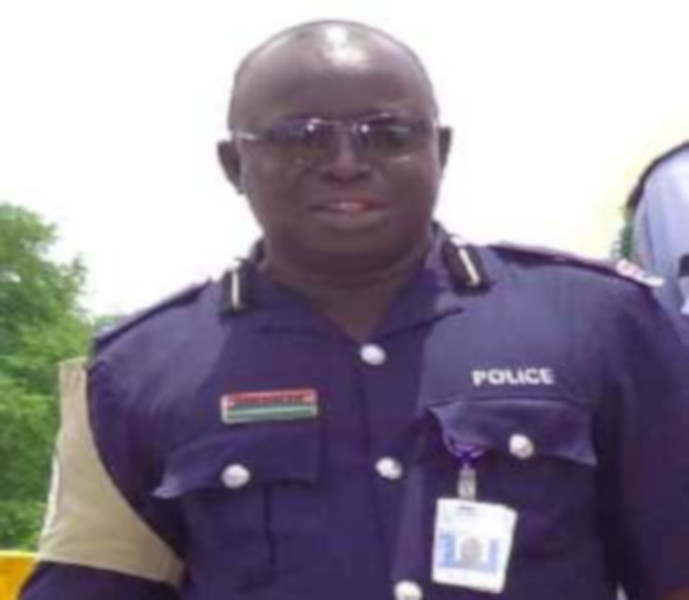 By Nelson Manneh and Yankuba Jallow

Sheikh Omar Jeng, an ex-deputy director of operations at the NIA has admitted that he led the team that buried Solo Sandeng, but was acting on the instruction of former President Yahya A.J.J. Jammeh.

Jeng, who has been a security operative for 23 years at the NIA, on Wednesday said the burial of the ring leader of the 14th April 2016 UDP demonstration Solo Sandeng was actually sanctioned by former President Jammeh.

Jeng took time to explain the chain of command at the NIA where he said the chain starts and ends with the President. He refuted the assertion that he was the director of operations at the NIA.

Jeng together with six other NIA employees including the former director general Yankuba Badjie are facing 25 criminal charges including murder, torture and conspiracy. They denied any wrongdoing and the prosecution called 33 witnesses who all testified in the case as well as tendered exhibits which were admitted in evidence. Jeng is the first person among the seven to open his defence and has so far spent 6 days in the witness box.

Below is the verbatim cross-examination between Jeng and LS Camara before Justice Kumba Sillah-Camara of the Banjul High Court.

Camara: In the affidavit, you signed did you not say the cause of Ebrima Solo Sandeng’s death was “shock” is that true?

Jeng: My lady, I did not state anything in this document. I only signed the document when I was coerce to do so.

Camara: In the affidavit you signed supposedly under coercion states that the cause of dead of Solo Sandeng was shock in paragraph 7.

Jeng: Yes, my lady. The affidavit that I was forced to sign in paragraph 7 says the cause of death was “shock”.

Camara: Mr Jeng do you believe this is truth?

Jeng: I wouldn’t know that, my lady, because I only saw the lifeless body of the deceased which was confirmed dead by the medic.

Jeng was asked to read paragraph 8 of Exhibit P3 – “That the secondary cause of dead is respiratory failure.

Camara: Do you believe in that averment, Mr Jeng?

Jeng: I cannot say, my lady, because I don’t have the medical expertise to establish the cause of death.

Camara: Mr Jeng, are these not the statements you told the court in affidavit P2 and P3 that you signed?

Jeng: My lady, all that which is contained in the [two] affidavits were prepared at the Ministry of Justice and I was coerce to sign.

Camara: At the time you were signing the Exhibits P2 and P3 don’t you know that you are not a medical expert?

Jeng: Certainly, my lady. I know and that was why when the death was confirmed for the first time I suggested for the lifeless body to be taken to the mortuary at the Edward Francis Small Teaching Hospital.

Camara: You told the court that the first five UDP protesters who were arrested and brought to the NIA headquarters arrived [at the NIA] before you?

Jeng: Yes my lady, but Counsel did not quote me right.

Camara: Then put it in the proper context?

Jeng: My lady, what I explicitly told this court was that the five protesters were taken to the NIA upon the request of the Inspector General of Police. I was not part of the trip.

Camara: I did not say that.

Jeng: I think I heard you saying they were taken “directly to the NIA”.

Camara: I did not say that. By the five protesters you mean Nogoi Njie, Solo Sandeng, Kafu Bayo, Ebrima Jabang and Modou Ngom. Do you personally know them?

Jeng: My lady, I don’t know them until we met at the NIA.

Camara: Do you get to meet and interact with Fatou Camara and Fatoumatta Jawara?

Camara: Can you tell this honourable court, who assembled the panel that conducted the interrogation of these protesters?

Jeng: With all honesty, I don’t know because by the time I drove to the NIA activities were already in motion – meaning investigation. But what I can tell this court is that the police and the NIA officers were involved.

Camara: Mr Jeng can you tell this honourable court who draft the questionnaire that was given to Kebba Secka (prosecution witness 9) to ask the UDP protesters during the interrogation?

Jeng: I don’t know, my lady. I was not part of the investigation.

Camara: I am putting it to you that you drafted the questions for the interrogation of the protesters at the NIA.

Jeng: I utterly and vehemently refute that, my lady, because that did not fall within my purview.

Camara: In your evidence in-chief on the 15th December 2020, you said “at the entrance, I observed the normal activities and the security protocols and as I work to my office, at the back of the storey building, I encountered about five masked men struggling with a woman who was later identified as Nogoi Njie. Mr Jeng do you know these masked men?

Camara: Did you write about these five masks men in your cautionary statement at the police?

Jeng: I supposed I did so, my lady.

Camara: Could you remember whether you did so?

Jeng: I can’t tell because it has been four years – almost- and I told my story as much as I knew it.

Camara: How many times have you encountered masked men beating detainees in your career in the NIA?

Jeng: I can remember two incidents.

Jeng: In 2006 after the abortive coup of Ndour Cham, I was passing the reception under the storey building when I encountered some masked men in broad day light beating up three individuals one of whom was a former director general of of NIA. The second incident involved a woman and I wish to protect her identity. The second incident was on the 14th April 2016.

Camara: In this particular case, Nogoi Njie was under your custody and she was allegedly beaten by masked men, do you do anything to stop them?

Jeng: For the records, my lady, Nogoi Njie was not under my custody. I didn’t order for her arrest, her transfer to the NIA and her subsequent detention. However, when I encountered her with the masked men, I tried to intervene but I was rudely thrown off by the masked men.

Camara: If I saw you your police statements will you be able to identify them?

Jeng: Yes, my lady. I will be able to identify my signature.

Camara: Let’s go back to the 15th December 2020 when you have this to to say after the question “what happened after the burial”. You said “thereafter, I assigned one vehicle to take the medic to Brikama where he lives and I instructed the rest of the patrol teams to go to their exchange points and handover to the incoming shifts because their shifts were to end by 8 am then we all dispersed then I went home to my family. Mr Jeng you went home after burying somebody’s father in an unknown grave, is that true?

Camara: And the death of the man you buried was not reported to the police?

Camara: It is correct Mr Jeng you were not present when the former President allegedly gave that directive to the director general?

Jeng: I did not personally hear from the former President rather I was informed by the former DG.

Camara: Mr Jeng, is the NIA coastal command in Tanji a public cemetery?

Jeng: Certainly not it is a government facility.

Camara: On the 15th December 2020, in your evidence in-chief you were asked and this was what you have to say “we drove to the NIA Coastal Command in Tanji which is a government facility and buried the late Solo Sandeng there. I personally led the “Janaza” [funeral] for him.

Camara: Mr Jeng after leading the “Janaza” you buried him with his mattress.

Jeng: I did not personally physically take part in the burial but that was what happened, I concur.

Camara: You also buried the body of late Solo Sandeng with a bed sheet.

Jeng: Yes, my lady, the team I led buried the late solo with his bed sheet.

Camara: Mr Jeng, you also buried the body of the late Solo Sandeng with his trousers and shirt and under pant?

Camara: You buried the late Solo Sandeng with the gloves you used to bury him to protect yourself?

Jeng: My lady, I was not physically involved but what I know is that the way and manner in which the late Solo Sandeng was buried was not humane and not in accordance with norms. However, at the time of the burial, we were not in normal terms. The failure to comply with the instruction of former President Jammeh could have resulted to the addition of the number of deaths.

Jng: Without being insensitive of Solo Sandeng and his family, I went ahead with the command to burying him with the strong conviction that a day will come when I shall be able to tell my story – which is today.

The case was adjourned to Monday, 25th January 2021 at 1 pm for the continuation of the cross-examination of Jeng by the prosecution.