Senegalese Nationals Go To The Polls

By: Sulayman Bah Fond memories of his brutal annihilation of Liberia still linger. The year was 2008 and the fixture a...
Read more

By: Yankuba Jallow The Ministry of Justice said on Friday that a bill for an Act to promulgate the Constitution...
Read more

Kebba Taylor is a musical genius, multi-instrumentalist, producer and composer, who learnt how to play musical instruments from his...
Read more

In The Gambia, thousands of eligible Senegalese lined up to vote for the candidate of their choice in their country’s presidential election. As reported, 6.5 million Senegalese at home and abroad were entitled to vote on 24th February, 2019.

This reporter has gone to the polling stations at Bakau, Kanifing and Serekunda to observe the process of the election.

Yusupha Seck spokesperson of the coalition led by Sonko claimed that there were two problems at the polling station; one related to a party militant in possession of more than a thousand voters’ cards and the other to a presiding officer standing at the entrance of a polling booth, which he said is not professional.

He said the cards were taken away by the police and handed over to the embassy and eventually to the polling officers. This reporter witnessed a presiding officer delivering voters’ cards to voters at the polling station. An embassy official at the scene said at this stage that the problem had now been resolved.

Seck claimed that the voters’ cards were for the supporters of Mcaky Sall, adding that cards were not being issued to other voters.

“The police are here to safeguard the electoral process for us the people who are coming to vote”, he said.

He applauded the police officials of The Gambia for their commitment and respect during this time and also making safeguards through the party polling agents as well as the electorate among others.

“I have spent 18 years in the Gambia, and I have seen the process of the election as a peaceful one and so far there is no violence or problem since the beginning and I have hope it will continue as it is”, he concluded. 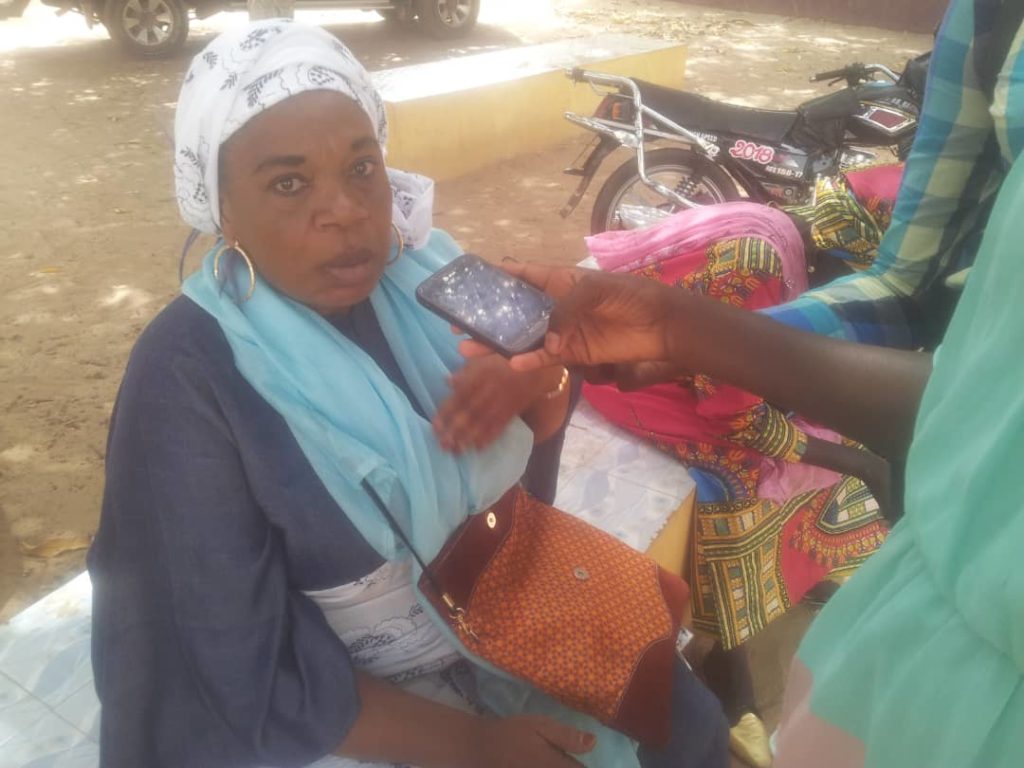 At Kanifing, Josephine Mendes monitor from the coalition led by Idrissa Seck Coalition IDY 2019, who has been residing in The Gambia for 19 years, said the election process was going on smoothly and in the right direction, and there was no incident for the time being.

She expressed satisfaction with the campaign process in the past three weeks, noting that, “we have campaigned, mobilized and spoken to people, even door to door campaign, and advised them to vote for the right person in 2019.” 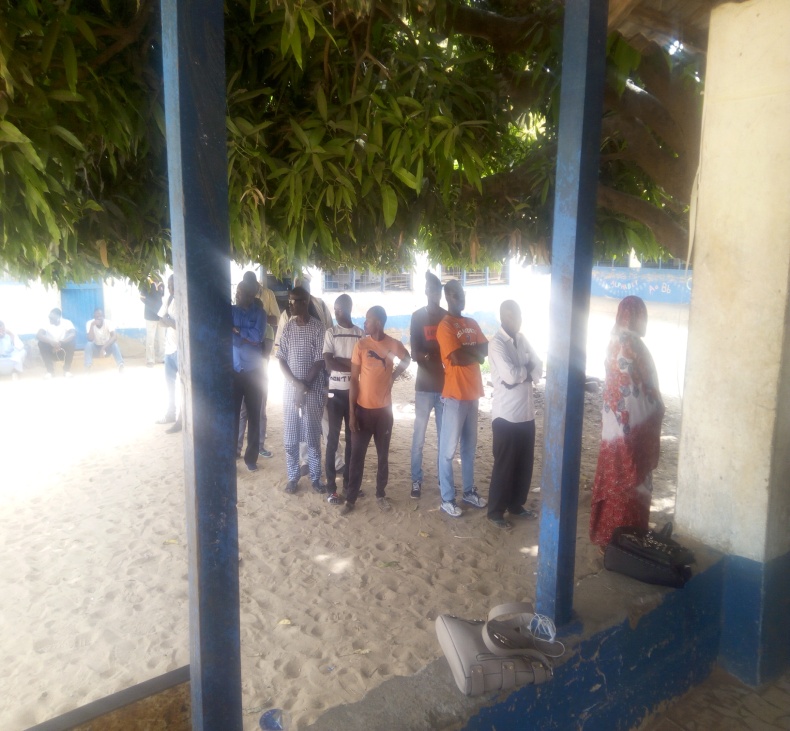 She stressed that women are in the front line to show the love that they have for their country by turning up in their large numbers to come out to the polls and cast their votes.

“I have hope that when IDRISSA SECK is voted in as president of Senegal 2019, he will fulfill all Senegalese expectations to the fullest”, she stressed.

She noted that in the educational sector, IDRISSA SECK has a project that makes provision for no child to be left behind; he has plans for job creation for youths, and also the to uplift women in their work.

“When all Senegalese registered voters come out and vote, and when there is no manipulation, voting will end today or even by 10 pm; Idrissa Seck will be in the first position in the elections,” she asserted.

She complained of treats by supporters of Macky Sall in Senegal.

She added that Macky has the power right now to do such things, as he is in power; she went on to say that those people who have been paid will automatically vote for him, which she described as malpractices and manipulations of elections.

He said the process of the voting has been peaceful and nonviolent since in the morning, and he opined that by the end of voting time the turnout will be more and expected at least half of the number registered voters to vote.

He added that they have no delays as voting started at 8.00am prompt, adding that all the necessary materials needed were suppled at the right time and there was no complaint by officials and voters.

He noted that it is important to check the voters’ cards where bearing in mind whether the voter is registered at the right place and whether his or her name is on the list of registered voters. In that case, he said, a person is eligible to cast his or her vote and will be allowed to vote.

To avoid double voting, he said they use indelible ink which is pink in color, on the finger of the voter who has already voted, which he said stays for almost 24 hours before it fades away.

Furthermore he explained that any voter who votes is required to sign against his/her name in the register beside which a stamp will be appended to avoid double voting, which  makes voting twice very difficult.

Giby Jawara a voter and supporter of the coalition led by Macky Sall “Benno Bokk Jakarr”, said he has been resident here for 2 years. He went on to say that the electoral process was going on smoothly and peacefully, and opined that, so long as it remained like that, there will be a peaceful electoral process. He expected the turnout to increase later in the day.

Alasan Chomban a fisherman who said he voted for Macky Sall also spoke with similar sentiments and said he will vote for him today and tomorrow as Macky is the only president since inception that has regard for fishermen in Senegal.

In conclusion, he added that Macky has provided them with all the necessary machines and implements needed for their fishing.

By: Sulayman Bah Fond memories of his brutal annihilation of Liberia still linger. The year was 2008 and the fixture a...
Read more
- Advertisement -
Legal Affairs

By: Yankuba Jallow The Ministry of Justice said on Friday that a bill for an Act to promulgate the Constitution of The Gambia 2020 and...
Read more
Arts & Music

Kebba Taylor is a musical genius, multi-instrumentalist, producer and composer, who learnt how to play musical instruments from his father and uncles. He epitomizes his...
Read more
National

By Mustapha Jallow Residents of Salagi, a settlement on the outskirts of Sukuta will on Monday hold talks with the Gambian Government over the Salagi...
Read more
National

Seventy-two percent of Gambians supported the need for a new constitution and are satisfactied with the performance of Constitutional Review Commission (CRC). A new nationwide...
Read more
- Advertisement -

The first Global Pan-African Conference: Renaissance on Monday 25 May

When will the by Elections be held?

Question of the Day The IEC should give an update on what it is doing regarding the two By elections that are due. By Elections...
Read more

Essence Of Opposition In Politics

We have seen how democracy has been able to provide the breathing space for the existence, growth and survival of multiparty systems, a level...
Read more

By Yankuba Jallow Fifteen countries in West Africa have registered COVID-19 cases totalling 1739 confirmed cases, 55 deaths and 328 recoveries as of 5th April. The...
Read more
FOROYAA Newspaper is your premier Gambian community portal delivering news on politics, legal affairs and more. We provide you with the latest breaking news and videos straight from The Gambia and the rest of the world.