“Sanna Sabally Was Arrested Because Of Fear” Says Singhatey

Any company that goes to a Ministry to get any form of support for the IEC to be influenced...
Read more

Edward Singhatey said Yahya Jammeh feared Sanna Sabally so much so that he ordered for his arrest.

The three were members of the redundant Armed Forces Provisional Ruling Council (AFPRC) that ended the 29 – years rule of Sir Dawda K. Jawara. 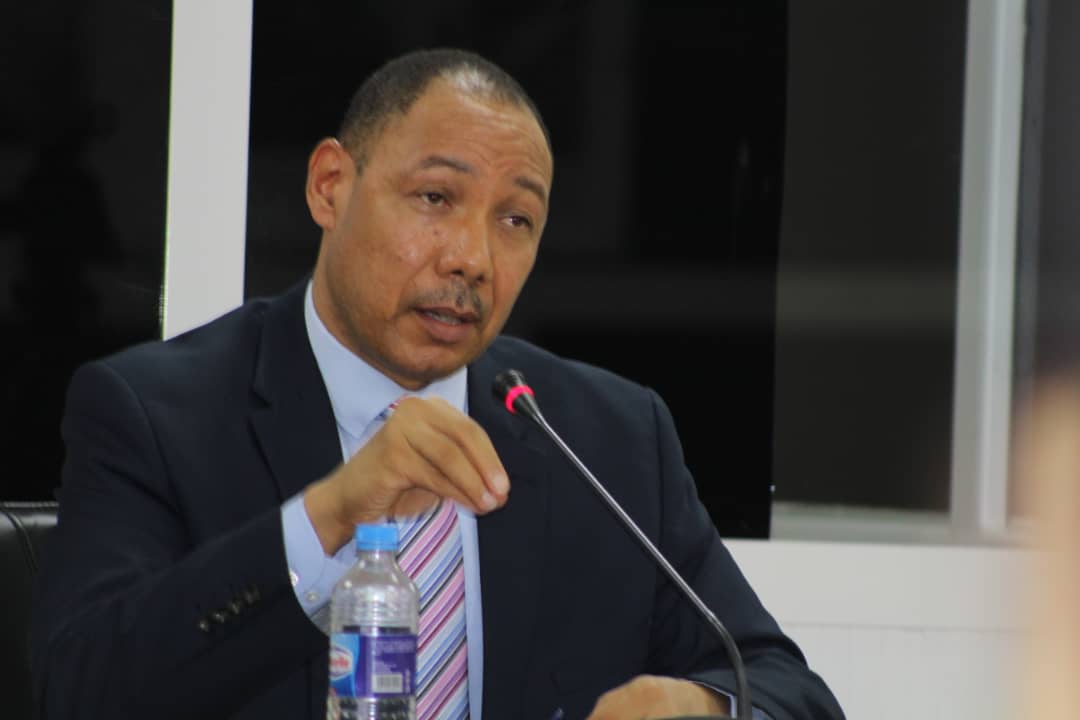 Appearing before the Truth, Reconciliation and Reparations Commission on Thursday, Singhatey said the relationship of their Council deteriorated and at the end, Sanna Sabally and Sadibou Hydara were arrested on allegation that the two were plotting an upheaval of their government.

He said the attitude of Sanna Sabally towards the then chairman of the Council, Yahya Jammeh changed. He said Sanna Sabally became disrespectful to Jammeh.

“Yahya Jammeh informed me that Sanna Sabally and Sadibou Hydara were going to launch a coup,” Singhatey said.

Singhatey said he was informed by former President Yahya Jammeh that the two were plotting a coup d’état to unseat him. He added that the former head of State informed him that the intention of both Sanna Sabally and Sadibou Hydara were to arrest them and take them to Mile II.

“My relationship with Sanna Sabally did deteriorate. We did not see eye to eye. There were problems,” Singhatey said.

He said his first problem with Sanna Sabally was his refusal to return a private vehicle that he seized from a wife of a former secretary general (Sara Janha) under the PPP government. Singhatey said the vehicle does not belong to the Government, but Sanna Sabally was adamant not to return the vehicle to the true owners. He said their second problem was Sanna Sabally’s threat to arrest his mother while he was abroad on an international mission. He said Sabally demanded that the private vehicle he was using in place of his official vehicle which was under repairs at the garage to be handed over to him. He added that the keys were with his mother because he left them with her. He said Sanna Sabally called his family and threatened to arrest his mother if the vehicle is not handed over to him.

“When I came, we held a meeting and we talked about. He apologized and we shook hands but my faith and trust in him dwindled,” he said.

He said Jammeh informed him that both Sabally and Hydara saw him as a close associate of Jammeh and therefore, he would not be spared of their intended plan – that is both of them would be arrested and taken to Mile II.

“I have never asked Yahya Jammeh to arrest Sanna Sabally and Sadibou Hydara,” he said.

He said Jammeh informed him that the coup plot would have been launched on the night of the naming ceremony of Sanna Sabally’s child.

“On that night, I was outside my compound with my soldiers waiting for their eminent attack, but Sanna Sabally and Sadibou Hydara never came,” he said.

He said Yahya Jammeh was obstinate that Sanna Sabally and Sadibou Hydara were definitely going to launch the coup.

Singhatey will continue with his testimony on the arrest, detention and torture of Sadibou Hydara and Sanna Sabally.

QUESTION OF THE DAY At the last part of his inaugural address Biden indicated and promised as follows: “ It is...
Read more
- Advertisement -
Editorial

By Nelson Manneh and Yankuba Jallow Sheikh Omar Jeng, an ex-deputy director of operations at the NIA has admitted that he led the team that...
Read more

Does Huge Drug Seizures Undermine The Image Of A Country?

QUESTION OF THE DAY Huge drug seizures are a credit to a country’s security apparatus. Any drug enforcement agency that is incapable of detecting and...
Read more

By Nelson Manneh and Ndey Sowe CARITAS the Gambia has on Thursday 21st January 2021, engaged Gambians on contentious issues highlighted in the 2020 draft...
Read more
FOROYAA Newspaper is your premier Gambian community portal delivering news on politics, legal affairs and more. We provide you with the latest breaking news and videos straight from The Gambia and the rest of the world.