Former members of the defunct AFPRC government Sanna B. Sabally and Edward Singhatey have on Wednesday, 23rd October 2019 reconciled before the TRRC.

The reconciliation process was initiated by Sanna Sabally to reconcile with his former colleague with whom he planned the 22nd July 1994 coup that unseated the 30 – year rule by the PPP.

Sanna Sabally said the two of them were on one hand perpetrators and on the other hand victims. He said he holds no animosity for Singhatey or Yahya Jammeh. 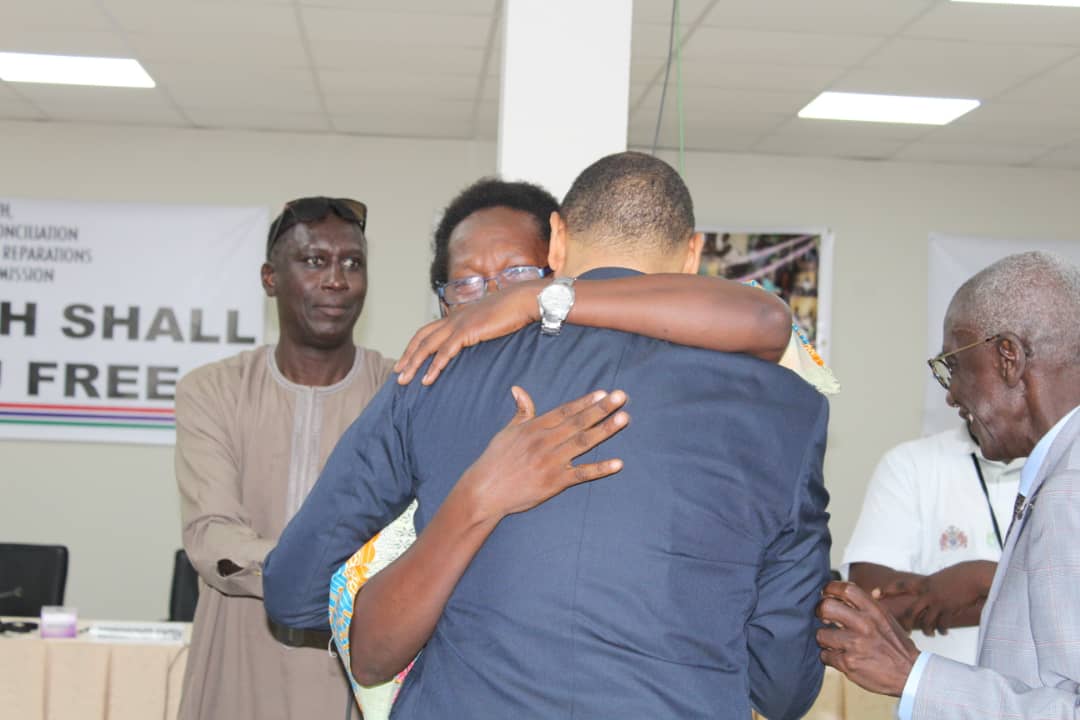 “I initiated the reconciliation talks with the view of reconciling with my brother here, Edward Singhatey,” he said.

“I have said it from the day I left the prisons that I have forgiven you all. Even if Jammeh was here today, I will tell him the same,” he said.

Edward Singhatey described Sanna Sabally as very close friend of his during their days in the barracks. He said what happened between them was unfortunate. “We should not have been in this situation right now. This is not what we decided in 1994. I can remember both of us said this country will be a paradise.  I thank God for bringing this day in my life. I cannot express the regret my contribution of putting you through and what your family went through. At least today we have shock hands and as we used to do before what happen happened,” Singhatey said.

Sabally, Singhatey, Yahya Jammeh, Sadibou Hydara and Yankuba Touray were the five-man council (AFPRC) members that ruled the Gambia from 1994 to 1996. Along the way, Sanna Sabally was arrested in January 1995 on allegation that he was plotting to overthrow  the Government of Yahya Jammeh.

According to both Singhatey and Sabally, the July 1994 coup was lauched by Sabally and he called on Singhatey and Jammeh to join him.

By Lamin Fatty The inhabitants of Upper River Region (URR) have expressed their despair and desperation over the inconsistent power supply they are experiencing as...
Read more

By Yankuba Jallow & Mustapha Jallow A recent study on the real estate sector by the Gambia Competition and Consumer Protection Commission has revealed that...
Read more

QUESTION OF THE DAY Schedule 3 of the rejected draft constitution states: For the purposes of election to the National Assembly, the members shall be elected...
Read more

United Democratic Party Secretary General, Ousainou NM Darboe has called on the Gambia Government to do everything possible to assist in the full rehabilitation...
Read more
FOROYAA Newspaper is your premier Gambian community portal delivering news on politics, legal affairs and more. We provide you with the latest breaking news and videos straight from The Gambia and the rest of the world.