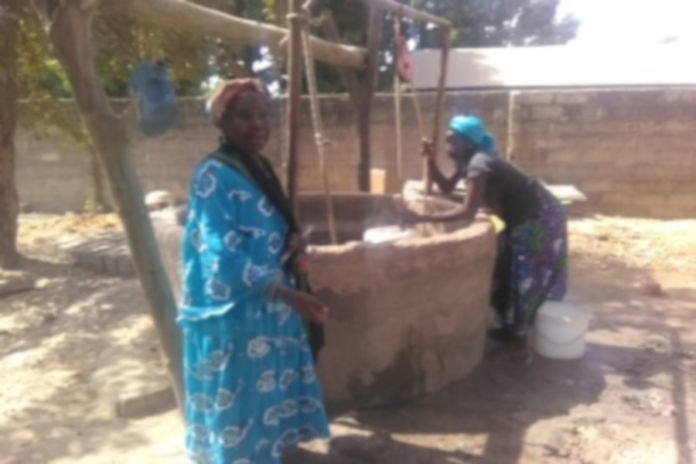 Residents of Nema Kunku have bitterly complained that they still do not have water running in their homes after applying for water from the nation’s Utility Company, NAWEC.

The natives of Nema Kunku indicated that the only source where they can get access to water has been blocked by a fence which has been erected across a footpath.

“We have lodged series of complaints at the Brikama Area Council and the Department of Physical Planning to no avail,” they narrated to this reporter.

One Ajie Fatou Mboge who resides in the area said people in her neighborhood, fetch water from one well the color of which changes due to overuse. Ajie Fatou said she has reported the matter to the PRO of NAWEC who visited the community; but that still the problem is yet to be resolved.

“When the PRO of NAWEC came here, he told us that the water pipe should pass by one of the streets that is already been fenced. We visited the owner of this particular compound who vowed never to remove the fence for the water pipe to pass,” Madam Mboge said; that since then they have tried all avenues to solve their water crises to no avail.

Madam Jallow said the closest tap is situated hundreds of meters away from where she lives; that she pays a donkey cart because she cannot carry her gallons of water to where she lives.

Alieu Touray said he sympathizes with his spouse who wakes up very early to fetch water from the well; that otherwise, she cannot complete her domestic work at home; that it is not fair for one person’s interest to prevent a whole community from having access to water.

When contacted to shed light on the above development, Pierre Sylva the spokesperson of NAWEC said he has never visited the said community but agreed that they should get water supply.

“I have never visited the said community but am sure if the time comes for them to be supplied with water, they will get it,” Mr. Sylva said.