Relief for Modou Barrow as Turkish League Postponed over Coronavirus

Modou Barrow has been handed a relief after the Turkish FA finally resolved to suspend football.

Matches were initially scheduled for last weekend but a radical decision by the likes of Nigeria’s Mikel Obi forced authorities into a rethink.

The erstwhile Chelsea midfielder was signed to Trabzonspor but defied the club insisting he won’t be training, slamming his employers for disregarding health of players.

Obi, 32, incurred wrath of his employers saying players are exposed to the coronavirus given football is a contact sport. However, the Nigerian’s action spurred a moment of solidarity from players prompting the Turkish FA into rescinding decision to continue playing matches behind closed doors. 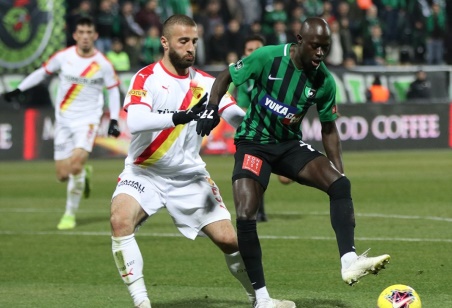 The verdict means a massive relief for Gambia’s Musa Barrow whose Denizlispor were slated to face Sivasspor last Saturday.

The relief extends to Mustapha Carayol and Pa Dibba who are playing for Adana in the Turkish second tier.

Barrow is there on loan from English outfit Reading.