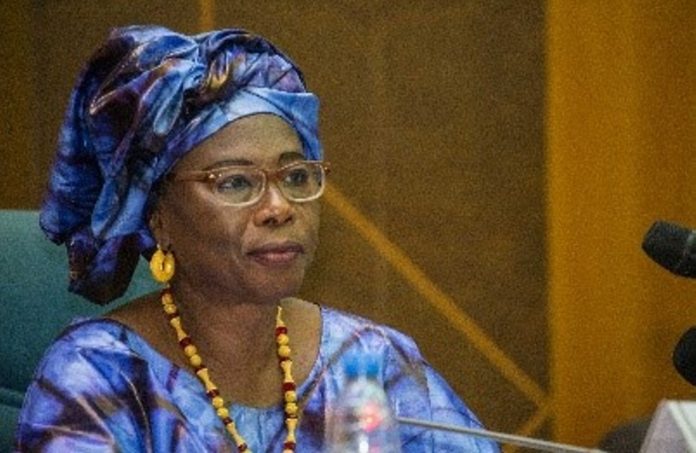 President Adama Barrow’s bid to appoint another person to the position of Ombudsman suffered a setback on Monday barely months after Parliamentarians rejected his first choice for the job.

This development arose after the deputy for Serrekunda  Halifa Sallah told his colleagues that they should send the issue of the appointment of the Ombudsman to their Committee on Public Appointments. His suggestion came after Vice President Dr Isatou Touray addressed Parliamentarians on behalf of President Barrow.

Earlier, Dr Touray said: “In coming with this replacement, due regard has been made to section 164 (1) of the Constitution which stipulates that; ’provided that where the National Assembly rejects a person nominated by the President, it shall not again reject the person nominated to replace him’.

In his intervention, Sallah told his colleagues that it is very clear from section 164 of the Constitution that if they rejected the first nominee for the job, then they cannot reject the second one. He was however quick to point that the Constitution said the President shall appoint an Ombudsman and his/her deputies in consultation with the Public Service Commission subject to confirmation by Parliament.

Sallah said: “That is there regardless of first or second…Subject to confirmation by the National Assembly. Should we confirm everything? We can confirm or we may not be able to reject.”

He added that confirmation of the said appointment is their right and that cannot be negated. He went on to move that they suspend the debate on the subject, insisting that they should refer the appointment of Bakary Sanyang (Governor of WCR) to the Select Committee on Public Appointments to look at it. He said the issue is not only being qualified for the job, but also being disqualified.

He said: “That’s what the scrutiny requires. And the member for Wuli West and the member for Lower Baddibou had already mentioned the section which quite a number of members had in fact engaged in consultation about.”

He added that that Select committee in consultation with the individual could advise them.

“Because when we scrutinize, we invite them and we invite the authorities and through that consultation, if there are disqualification clauses, then the person must be required to go and resign and send the letter of resignation to the committee and the committee should be able to come back and say, ‘well, we are satisfied even though we cannot reject, but confirm’.

He said: “But unless that happens, if we confirm, we are complicit. We are aiders and abettors of the violation of the constitution and this National Assembly must never be found guilty of that.”

The appointment of Bakary Sanyang was eventually referred to the Select Committee on Public Appointments by Parliamentarians.

Babucarr Suwareh was the one appointed by President Barrow for the position, but this appointment was rejected by Parliamentarians.