President Adama Barrow has promised to set up an enquiry to investigate the Sunday night fire incident at Jimpex.

The fire incident reportedly broke out from the gas depot on Sunday evening spreading to the nearby companies, warehouses and car garages.

The incident claimed several properties including buildings and vehicles in the vicinity of Jimpex – Kanifing Industrial Area. The area is designated to be an industrial area and it hosts several factories including gas factories.

“An enquiry team will be set-up to look into what had happened and to establish the facts that caused the fire,’’ he said.

Barrow said the investigation will be to inquire as to what caused the fire and for the team to provide them with the recommendations on how to prevent a recurrence of such fire incidents in the country.

“It is a very unfortunate and difficult situation….We cannot thank enough the respondents from the fire service team for the hard work. They work under very difficult circumstances, but the good thing is they are determined to put out the fire and contain the situation,” President Barrow told the press, adding preventive measures will be taken to reassess the safety standards in place at similar facilities across the country.

President Barrow announced that the government will set up a commission of inquiry to look into what had happened in order to establish facts around the cause of the fire and how to avoid future recurrence..

After enquiry, he said the damage caused by the fire will be assessed, adding that from there they would know what exactly happened and what government can do. Additionally, the assessment will further enable the government to establish the level of damage caused, he added. President Barrow assured that the government will give all the support within its capacity to the victims of the incident.

Kisham Reepchandans, who was in tears while speaking to reporters, said his company had many building materials such as toilets seat, teals, water paint and tools for building.

“My business is finished now. I lost around 10 to 15 million dalasi. I cannot survive. I cannot continue, because all my hard-work since 25 years ago….., all I worked for  from evening and night is gone. I’ve to pay people’s load,’’ he said while tears filled his eyes.

“I cannot continue,’’ he added. “It started when a gas company’s tank of gas was leaking on Sunday. It exploded and was spreading all over and it then hit my store and everything went on fire,’’ he said.

“I’ve 15 employed Gambians and 3 Indian employees. I’m completely finished. I cannot work now. President Barrow who is a good friend was here and has also felt sorry about the incident. I was not here when the leaking happened because Sunday was not a working day,’’ he explained. 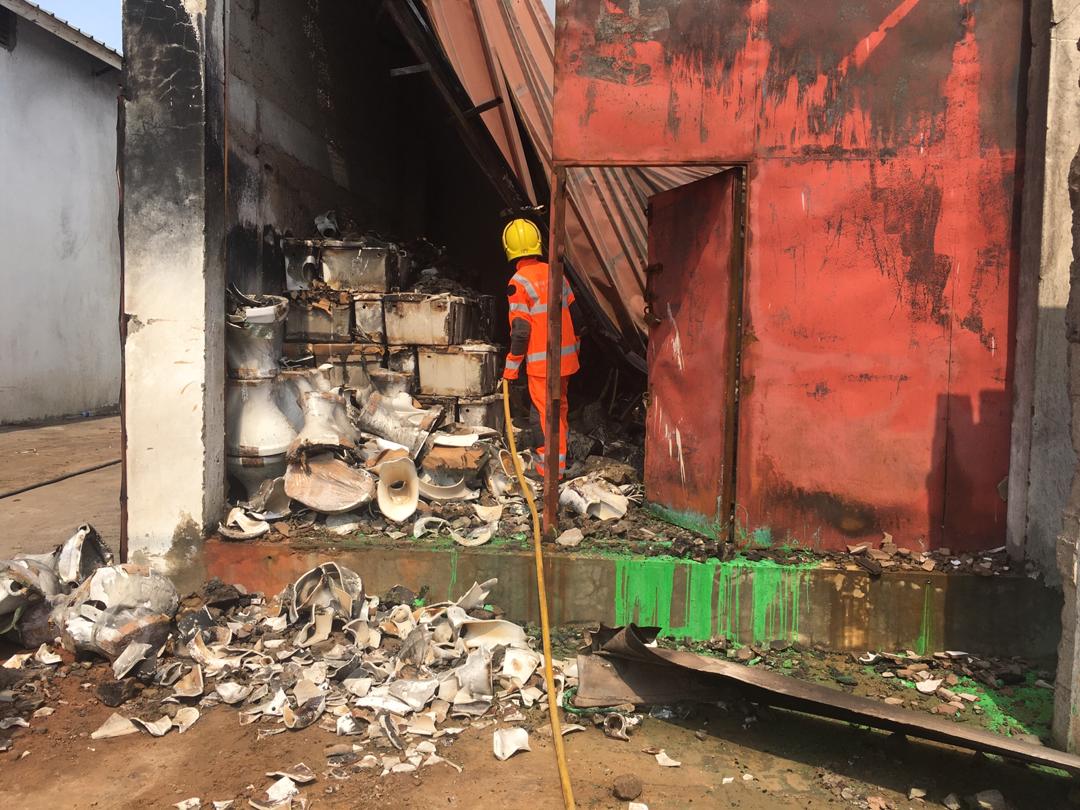 He continued: “People living within the area saw the leaking and informed the company owner.”

He said no one informed him that a gas tank was leaking in the nearby company. He said he received the information about the incident after the intervention of the Fire and Rescue Service.

“It was our Indian festival on that Sunday, we were at home with our family. We couldn’t do anything since everything vanished away,’’ he said.

Dodou Trawally, the Executive Director of the National Environment Agency (NEA), said they usually do rapid assessment when such incidents happen.  He added that a team of inspectors from Fire Service, NEA and Disaster Management are on the ground to ascertain what caused the incident.

He said, “We feel people really need to know what’s happening. We’re waiting for the Police to help us with the crowd for the inspectors to do their job. The rapid assessment would be able to know how many cars, building and properties were damaged.’’

“Looking around, you will know a huge damage occurred here,’’ he said.

Abdul Rasheed the owner of Pure & Drinking Water company said he has been operating since 2006. He added that he lost 5 million dalasi after the gas explosion.

“I lost dozens of bottles of water. My two standby generators were burnt but the water processing machine is saved,’’ he said. He added, “we would like compensation from the government, but we will also file report and proceed to a lawyer.’’

Hadim Gogan, the owner of the gas-company said the inferno consumed the consignment of gas he ordered for the country. 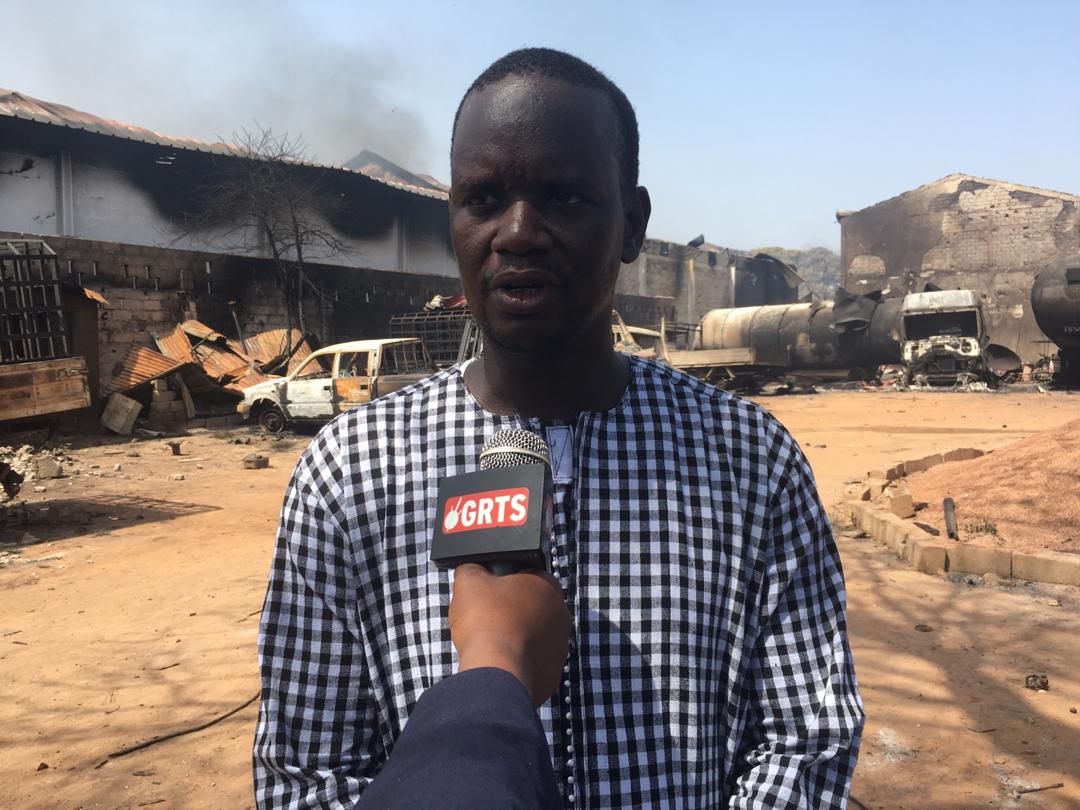 He explained: “The problem started when the gas-tanks arrived and some were discharged. We cannot ascertain what coursed the explosion until the investigators are ready.”

QUESTION OF THE DAY The suspension of a political party because of disputed elections did raise the question whether it would not be prudent to...
Read more

Ousmane Sonko, the leader of Pastef was finally arrested by the research squad for disturbing public order and participating in an unauthorized demonstration, according...
Read more

By Yankuba Jallow Gambia Court of Appeal on Tuesday granted an application for extension of time sought by Lawyer Fatou A. Jawo for the Independent...
Read more
FOROYAA Newspaper is your premier Gambian community portal delivering news on politics, legal affairs and more. We provide you with the latest breaking news and videos straight from The Gambia and the rest of the world.