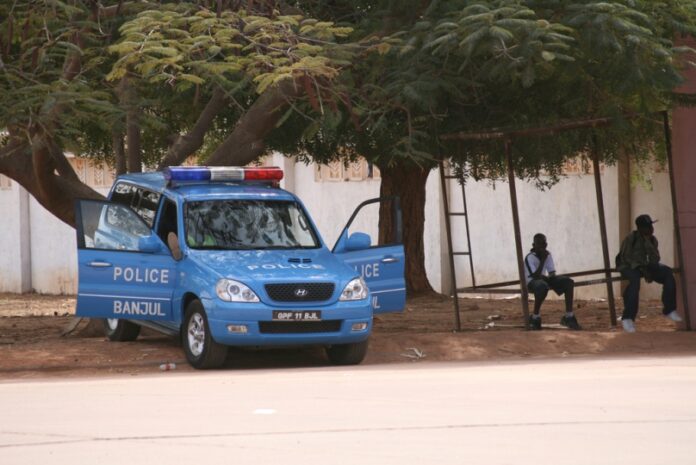 The Gambia Police Force (GPF) in its update on the recent alleged attacked on two Chinese Nationals, said it discovered the involvement of Chinese nationals in the incident.

According to the Police, a preliminary investigation report revealed that the two Chinese nationals who claimed to be robbed are identified as Johny Zeng and Lucas Wanbiao.

“While on the investigation, Johny Zeng admitted that he had agreed with his co-worker Lucas Wanbiao, to give D3,030,000.00 (three million and thirty-thousand Dalasi) to Junzhao Deng out of the money from the shop for safekeeping,” said the Police said in their facebook page; that

the money was received by Mr. Deng on Saturday, 17th of September 2022 at their shop in Banjul for safekeeping until the proposed deal is done.

The police stated that on the 19th of September 2022, at around 09:00 am, Johny Zeng and Lucas Wanbiao discussed and agreed to create a scene of robbery by inflicting injury on each other. This is the update of the police their report:-

“To make the scene look believable and acceptable, the two brought with them books and two old laptops from their residence to the said shop. Mr. Junzhao Deng assigned Omar Tamba (driver) to receive them on his behalf. Omar was told by Junzhao Deng to put on a cap and face mask because the duo were suffering from flu. Contrary to allegations that the duo were stabbed, Mr Lucas Wanbiao himself confirmed that he took a knife and cut Johny Zeng on the upper back of his left shoulder and Johny also used the same knife to cut Lucas Wanbiao on his right hand below his elbow, appearing as if they were robbed by Omar who was camouflaged as the suspected robber who entered the shop.”

Revealing his reasons, Johny admitted taking monies from the shop’s coffers on several occasions and using it to play games at Star Casino, leading to the loss of an amount of two million dalasi (D2, 000,000)

According to Lucas Wanbiao, having lost a lot of money at the Star Casino in Senegambia, Johny Zeng, Junzhao and himself agreed to steal money from the shop to pay for the lost cash at the casino and the balance of the money to be taken to Senegal to be changed into RMB.

Lucas Wanbiao further stated that he bought a knife from the supermarket which they used for the operation, and confessed that they did not know Omar Tamba (the driver) before the incident.

“At the time of writing this statement, the police can report that Junzhao Deng is on the run and we are doing our very best to have him arrested. The investigation on this matter continues,” the police noted in their update.