Yankuba Touray, an ex-member of the defunct AFPRC junta has been arrested under the instruction of the TRRC following his refusal to answer to questions put to him by Commission’s lead counsel.

Touray’s arrest and subsequent detention came barely few weeks after the State dropped criminal charges against him at the High Court.

The former junta member appeared before the TRRC on Wednesday, 26th June 2019 under a subpoena by the Truth, Reconciliation and Reparations Commission (TRRC).

When he was called to be sworn-in, Touray, who wore a white outfit, refused admission of the prescribed oath.

“I am not swearing-in; I want to make a statement first,” Touray told the TRRC.

After a push and pull with the Commission, Touray was refused to give the statement he requested to make.

“I am not swearing-in. If I am not going to speak (make a statement), then I am leaving,” Touray said while he walked out of the room.

“Is this (arrest) an ambush Counsel?” Touray asked Essa Faal.

On the second attempt to bring him back to the Commission, Touray told the Lead Counsel that he won’t answer to any of his questions although he administered the prescribed oath. He relied on the Constitutional immunity accorded to him by the 1997 Constitution.

The Commission’s chairperson, Dr. Lamin Sise in his address stated that they have issued multiple subpoenas to Mr. Touray to appear before the Commission to testify as a person adversely mentioned for his involvement in human rights violations between 1994 and 1996. He indicated that all those subpoenas were postponed and the last subpoena was issued on the 24th June 2019 for his appearance and testimony before the Commission.

Dr. Sise detailed that during their meeting with Mr. Touray in the morning, he indicated his refusal to honour the subpoena. According to the TRRC chair, Mr. Touray claims that he has immunity from prosecution for all human rights violations that occurred between 1994 and 1997.

“It must be noted, however, that even if this immunity claim were to be accepted – which is not the case – he cannot lawfully refuse to appear before the Commission and answer questions that do not directly violate the immunity he claims,” Dr. Sise sounded.

Sise went ahead to stating that Mr. Touray has also been informed on several occasions that failure to respect a subpoena issued by the TRRC constitutes a contempt of court and is therefore liable to be referred to the High Court for prosecution.

“I therefore have no choice but to order the immediate arrest of Mr. Touray pursuant to section 15 (1) (h) and 15 (2) (b) of the TRRC Act 2017 and to hand him over forthwith to the police station that has (the) jurisdiction over offence within this area and a referral be submitted as soon as possible to the Attorney General’s Chambers for prosecution of Mr. Yankuba Touray at the High Court,” Chairperson Sise ordered.

Touray was then arrested by members of the Police Intervention Union (PIU) and taken out of the premises of the TRRC.

Dozens of angry Gambians, mainly youth, rushed to the TRRC premises to lynch Touray who was immediately whisked away to the Kairaba Police Station.

Foroyaa’s reporter reached Kairaba Police Station around 1pm and found the scenery was chaotic. People crowded the place to vent their anger over Touray’s refusal to testify before the Commission. 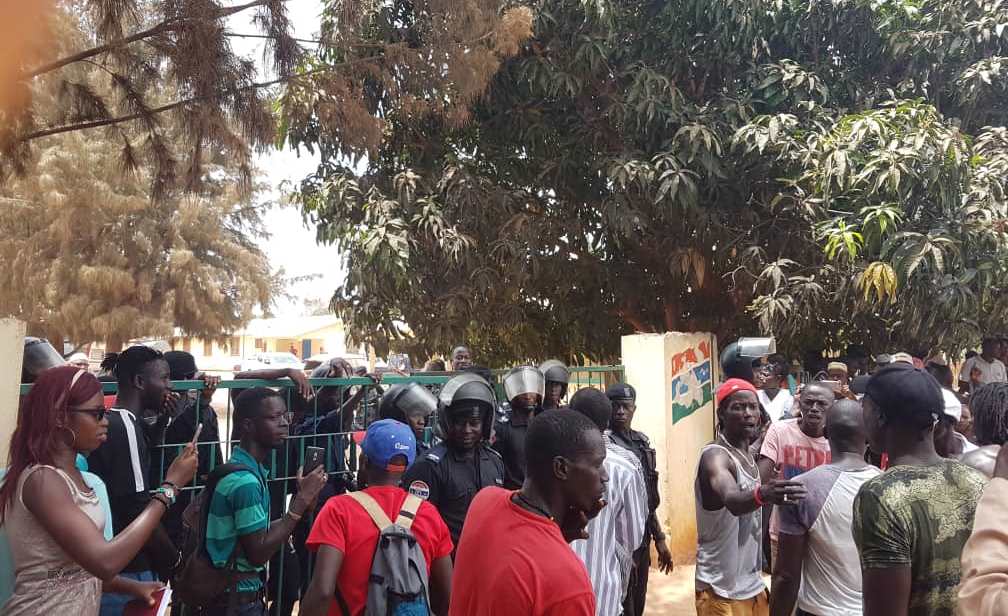 People were seen holding bricks and one of them held a machete in his hand, moving about in the crowd that was around the gate of the police station.

One of the people said, “The Police threw tear gas to disperse us. Some of the protesters were demanding the Police to release Yankuba Touray so that they would deal with him.”

The Police gate was locked until the situation was calm a bit. But it did not last long for the crowd to get agitated again. Upon hearing that Yankuba was moved to another location, journalists went to the Anti-Crime Unit, but were not allowed to enter.

An official of the unit implored journalists to call or contact the police headquarters to seek permission for them to be allowed in. Thereafter, as they (journalists) were about to leave the premises of the Anti-Crime Unit, they saw the vehicle that transported Yankuba Touray drove out of the place and headed to an unknown location.

What Protesters were saying?

Alagie Darboe, one of the protesters, said he left his office and rushed to the scenery because he could not bear Touray’s stand, saying they wanted to show the police how bitter they were after Touray refused to give evidence before the TRRC. 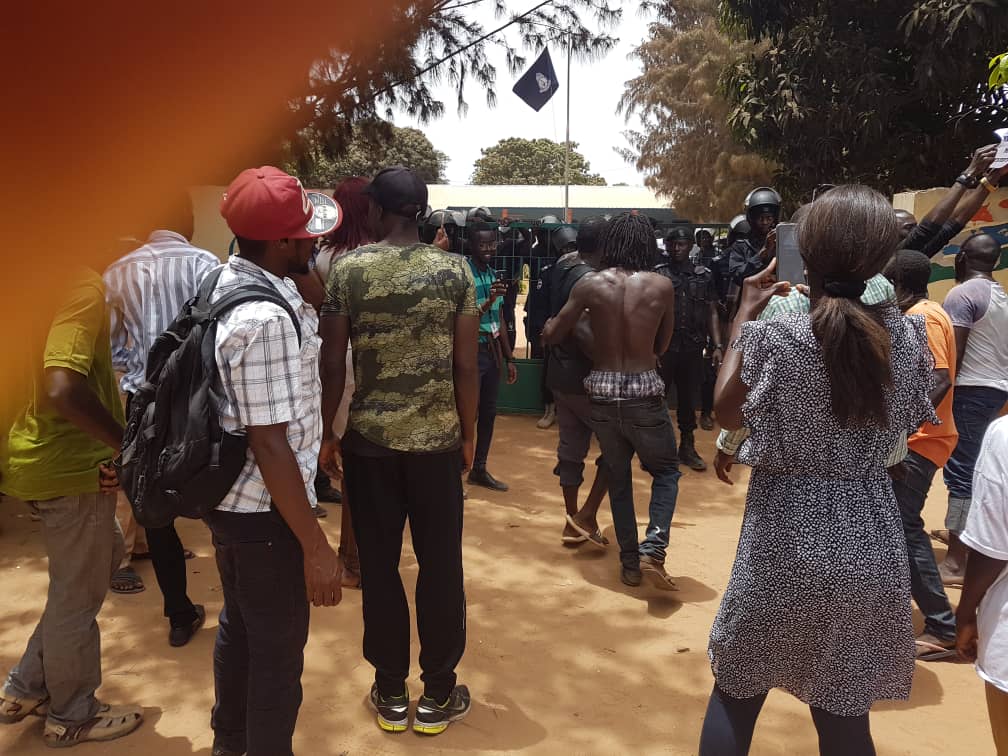 Darboe claimed that they were going to deal with him mercilessly.

Ahmad Janneh, also one of the youths, said Yankuba Touray tfailed to comply with the TRRC process twice, so they wanted that to stop.

“TRRC has been given a mandate by the people, by the members of parliament who we voted for, they are representing us. Gambians have decided that we needed a Truth, Reconciliation and Reparations Commission,” he said. Other protesters expressed similar sentiments.

Sidia Jatta: 275,350 Gambians have been disenfranchised for decades