Police from both the Gambia Police Force and the Kanifing Municipal Council (KMC) have on Tuesday, 5th November 2019 demolished stalls and chased street vendors in Serrekunda. 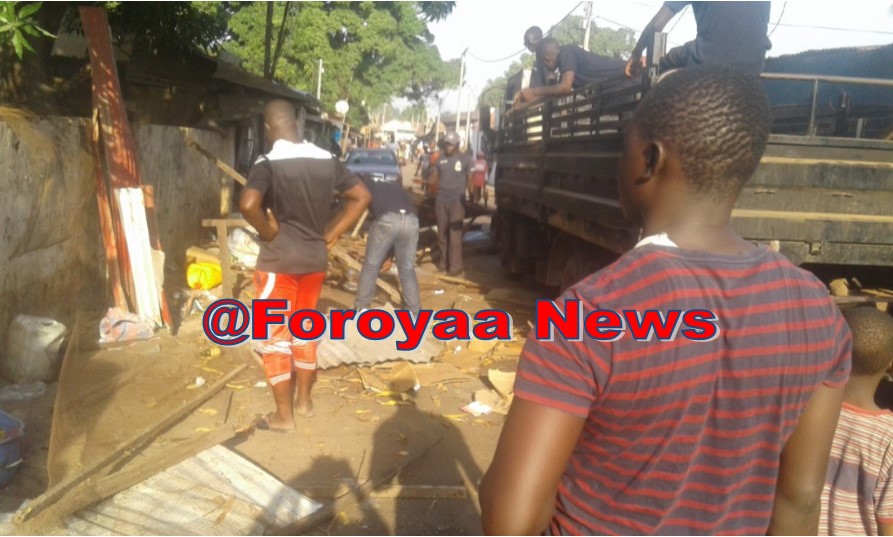 The police threw debris of the demolished stalls in a truck. Stalls around the vicinity of Serrekunda Health Center going towards Babun Fatty were all razed to the ground by the Police. Helpless vendors stood metres away from their stalls and watched Police in action.

Police chased vendors. Vendors including grocers were seen carrying their foodstuffs on their heads as they leave the area.

The vendors told Foroyaa that the exercise came as a surprise to them because they were not notified of the workout. They said it is not their intention to sell in the street. 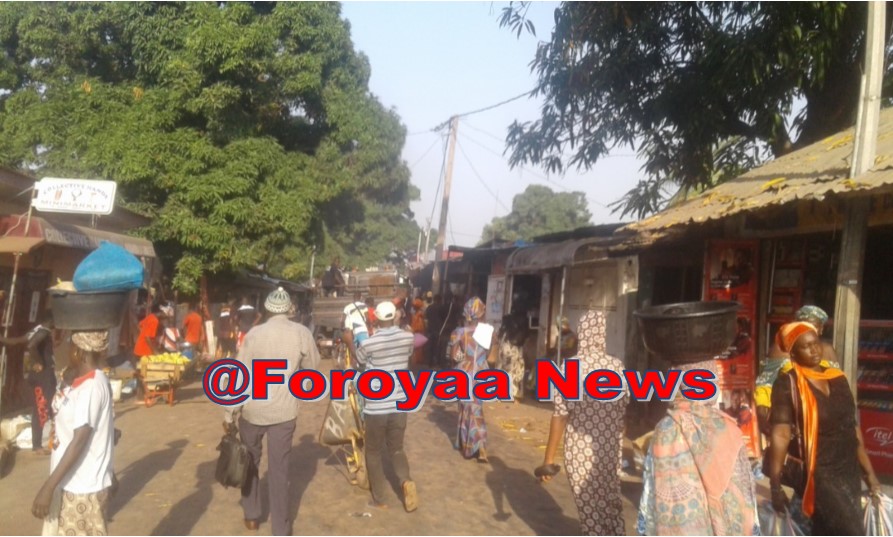 “Why are they chasing us when they know they have no space for us? We are vendors and it is from here that we earn our living. We have not done anything unlawful. How could the police do this to us?” vendors decried. 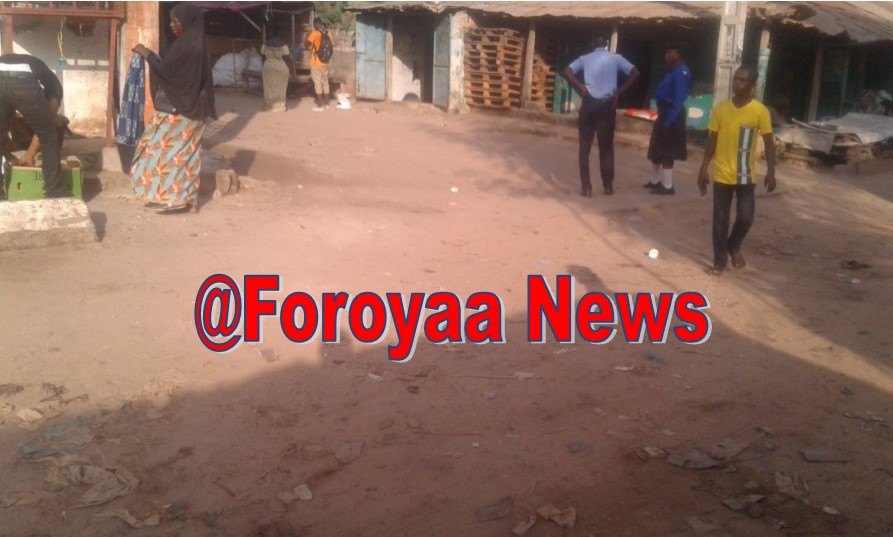 Fatou Conateh, a vendor said she incurred lost over two thousand dalasis (D2000) from the demolition by the police. The resident of Gunjur said when she comes, she has been yearning for space in the market for long, but she could not get one. 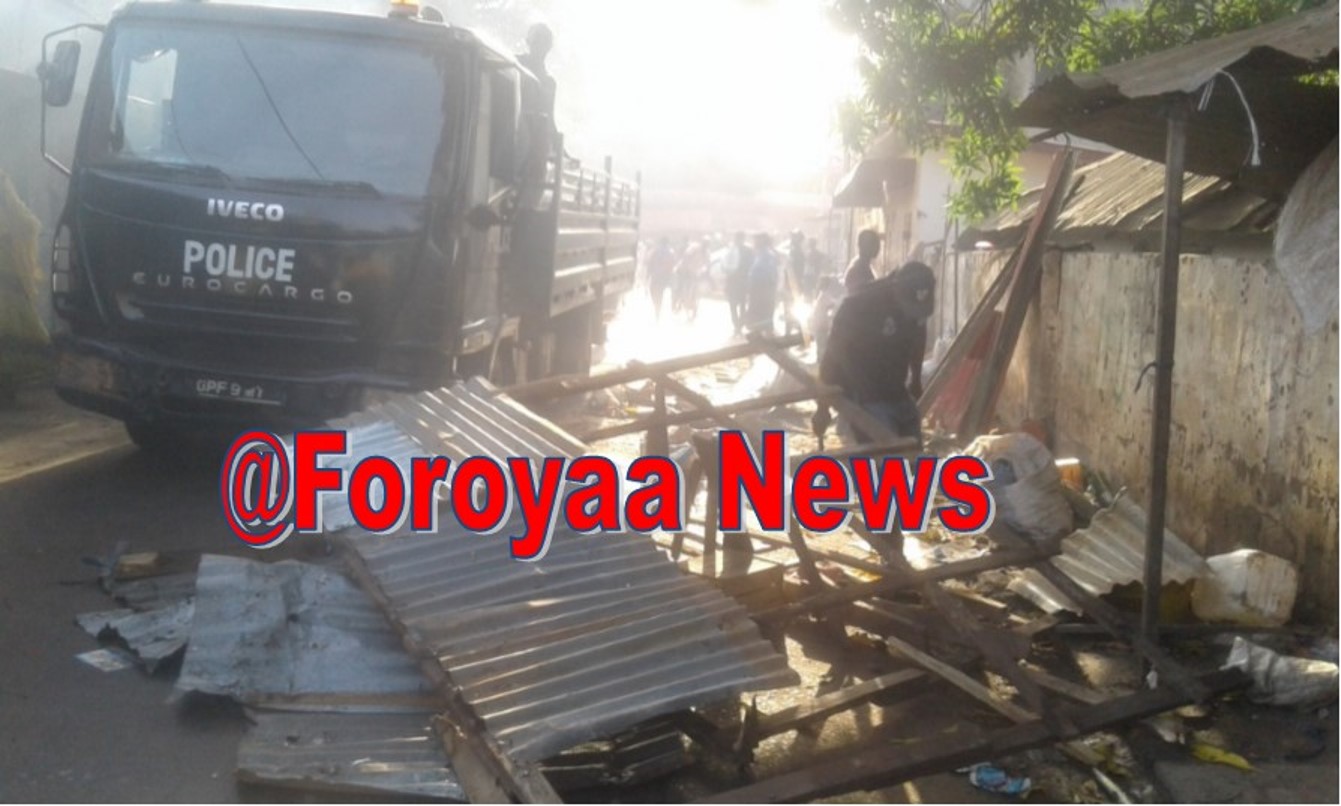 “There is no space for us in the Market. Let the Government or Council (KMC) provide us space in the market. Look what happened to me today! I have left my family with the intention to generate income and take something for them to cook. Now that I lost my money, what will I take for them?” the grocer said.

One Aji Bajinka said the action by the police is unfortunate.

“We came here purposely to sell. We don’t come here by ourselves. We have been compelled by circumstances beyond our control. No one wants to sell under the sun. There are no toilets. I lost D700 today. We are not occupying this place illegally because we pay our dues to the Council every day. Why is the Council collecting our monies and yet they do not do anything for us?” the seller asked.

Isatou Jallow said the Council should engage them in a dialogue rather than come and chase them from their place of work.

“We are not selling on the streets on our own. We are selling here because of the failure of the Council to provide us space. Why would they send police for us instead of engaging us in a dialogue? We don’t even see the benefit of paying dues to the Council,” the grocer said.

Other vendors told Foroyaa that they have lost a lot of money, adding that they don’t know what to do next.

Speaking to two senior police officers, they said they have been ordered to clear the way for ease of movement of ambulances to the Serrekunda Clinic around the Sandinka.

In the early hours of every morning, vendors come in their large numbers to sell their foodstuff on the street. According to the police, the ambulances struggle to get in and out of  Serrekunda Clinic.