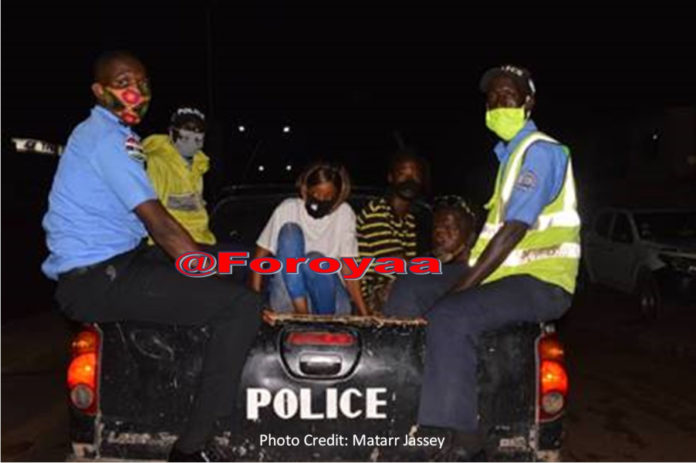 Personnel of the Gambia Police Force have Thursday arrested several people in Serrrekunda and its vicinity for violating the curfew ordered by the Government.

The Gambia Government on Wednesday night declared curfew throughout the country. A person who goes against the curfew restrictions is liable to a fine of five thousand dalasis (D5000). 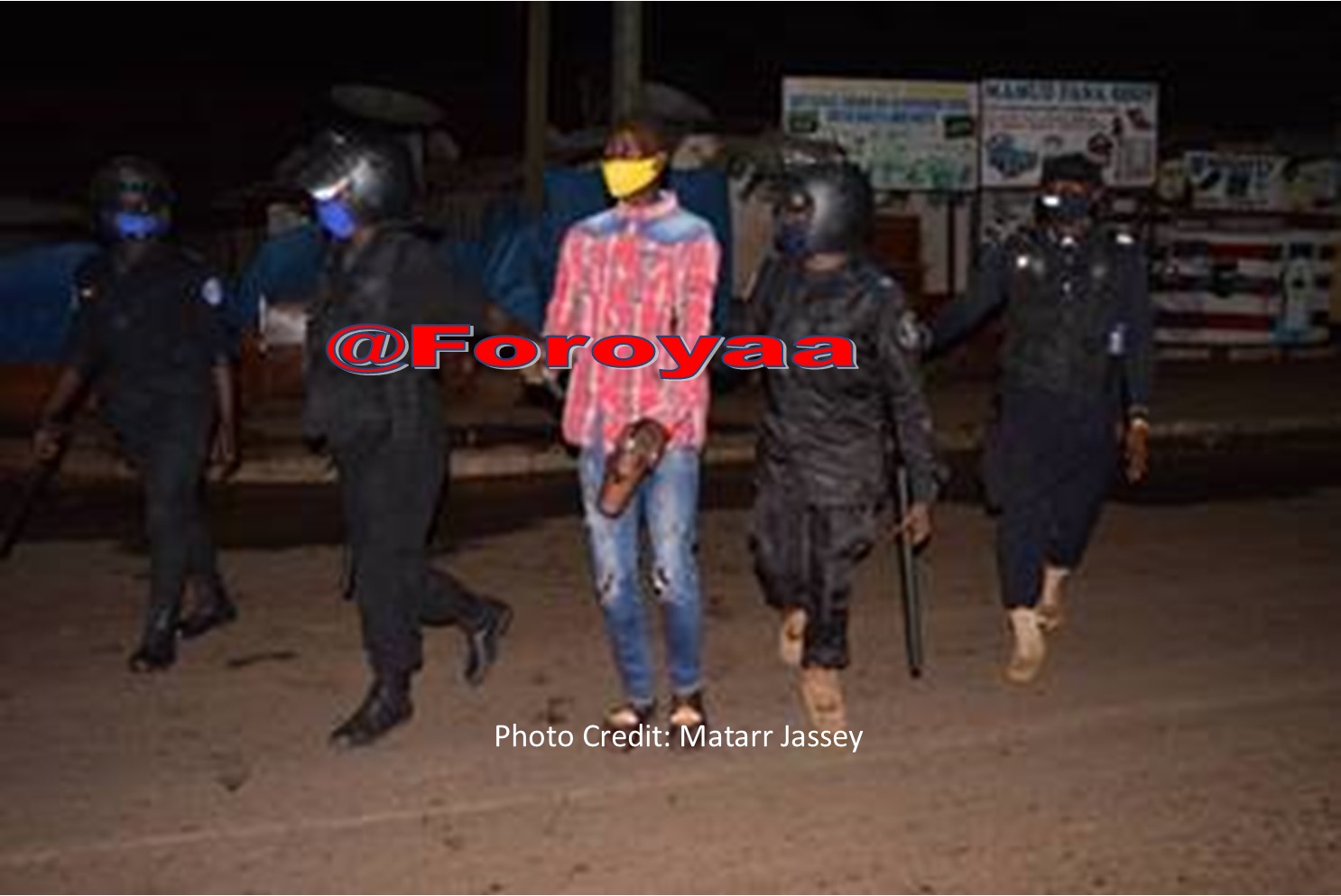 Our reporter was moving around town monitoring the situation and he was in one of the Police vehicles. 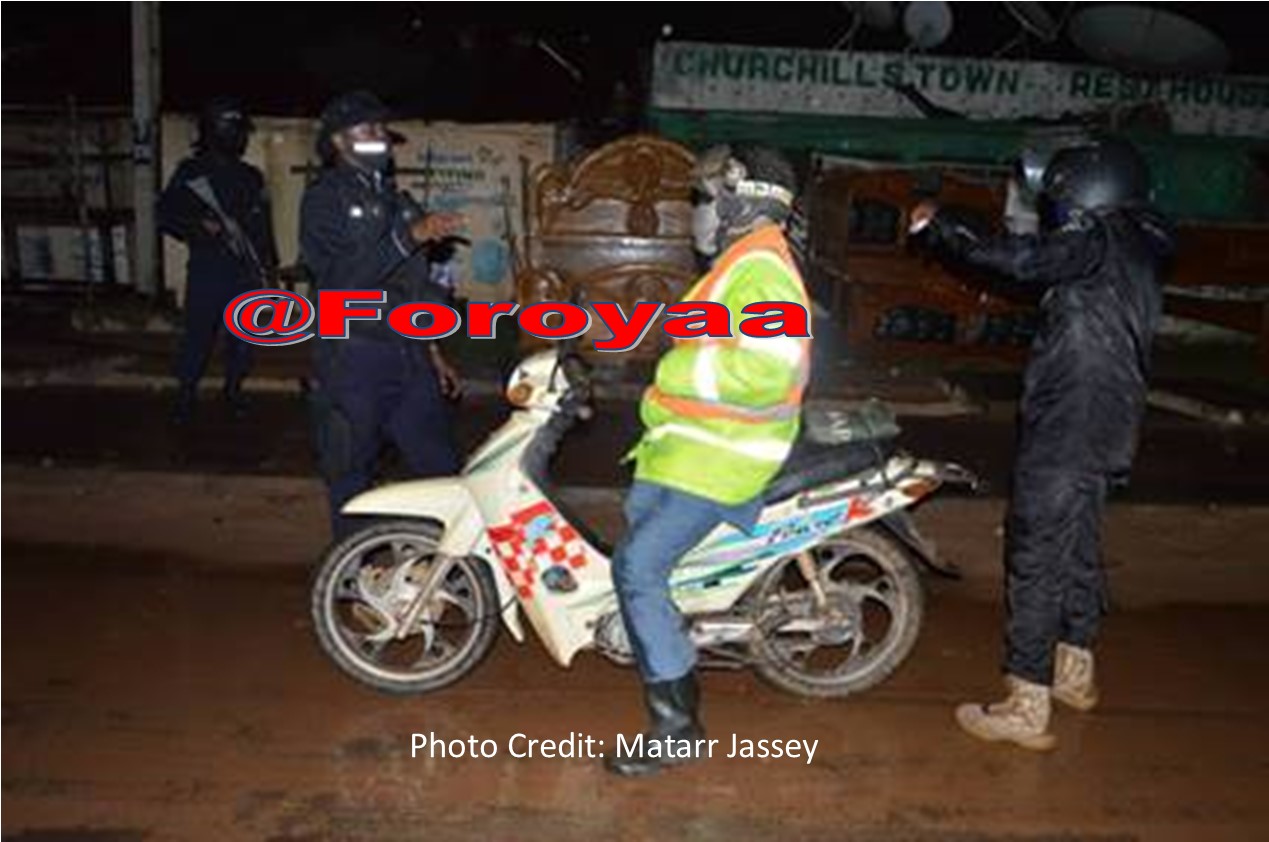 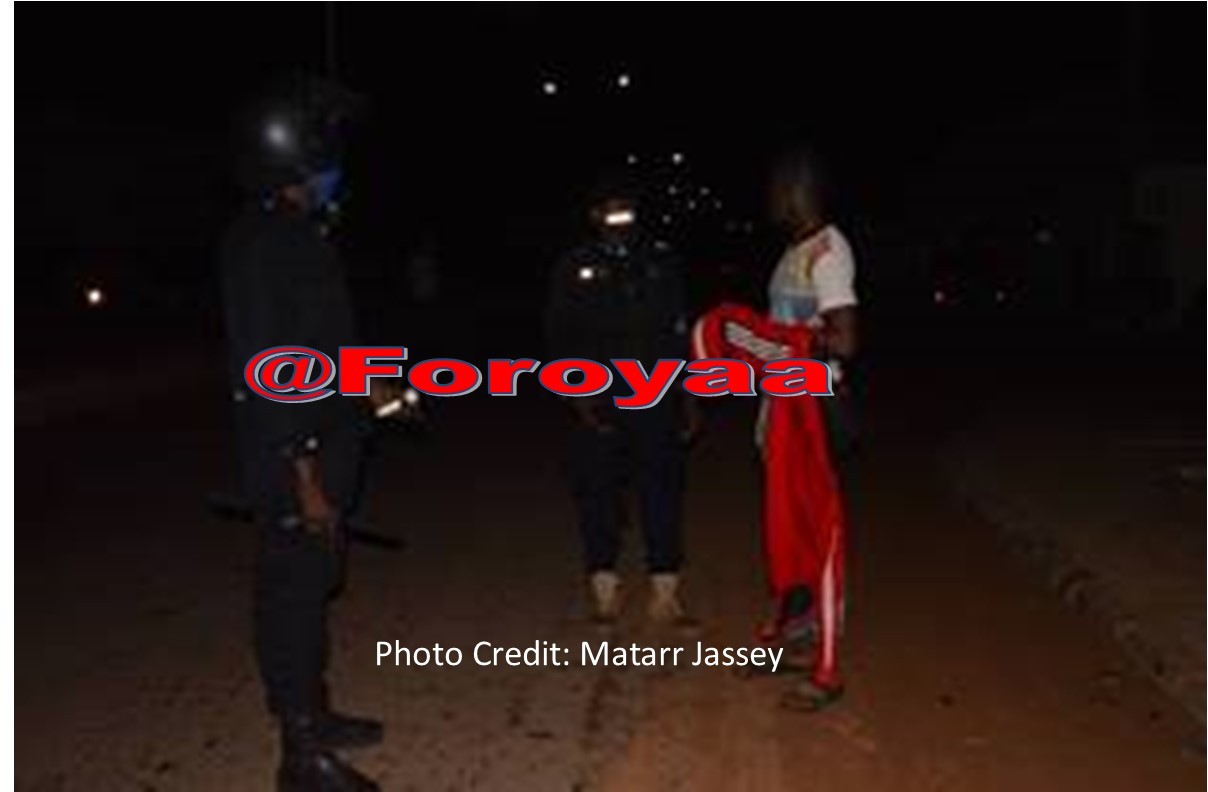 The Police public relations officer, Superintendent Lamin Njie told Foroyaa he will get the total number of people arrested on Thursday. Foroyaa will provide you with detailed 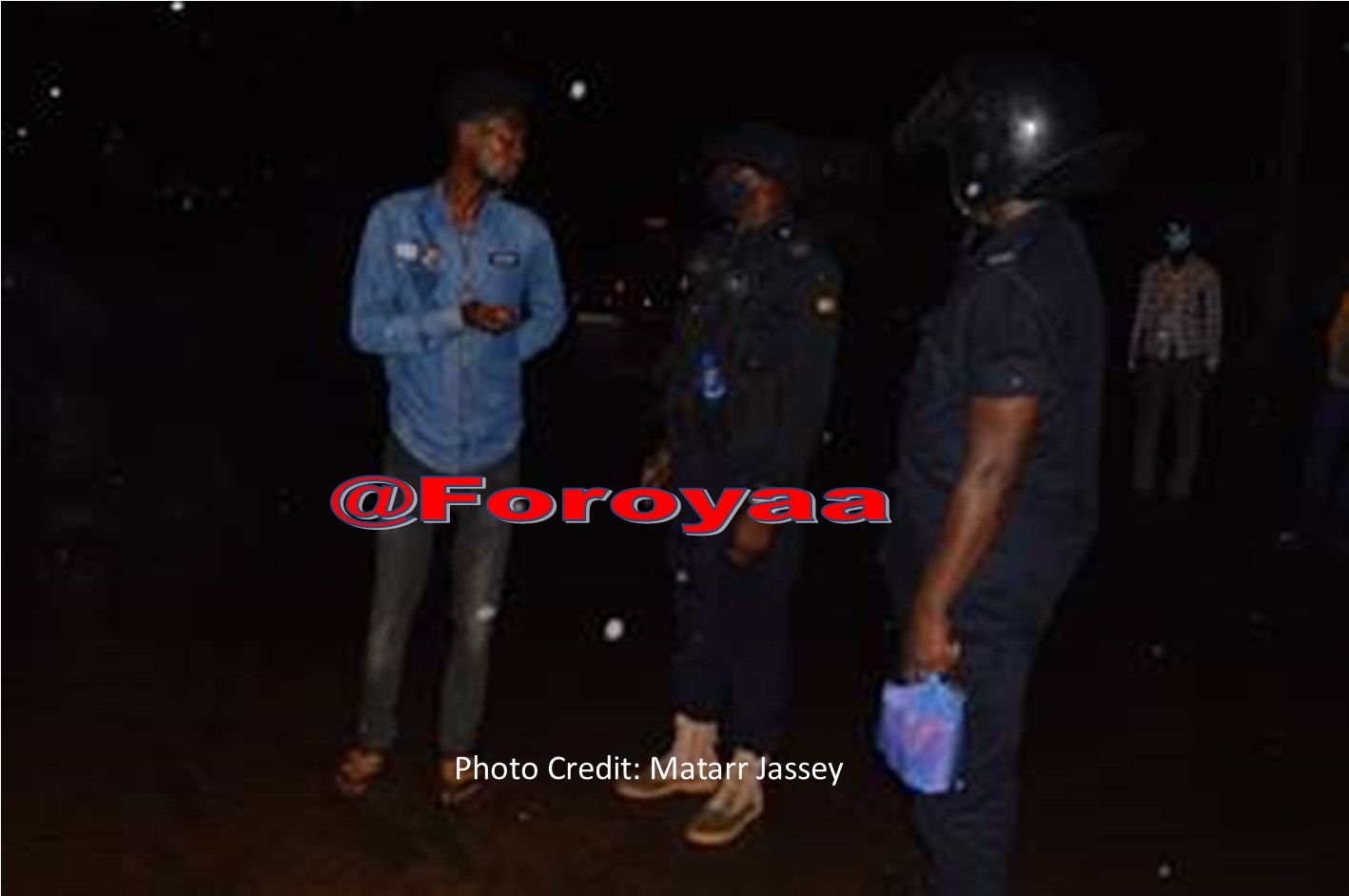 information on the arrests and subsequent prosecution of the arrestees. We will monitor the curfew from day one to the last day. 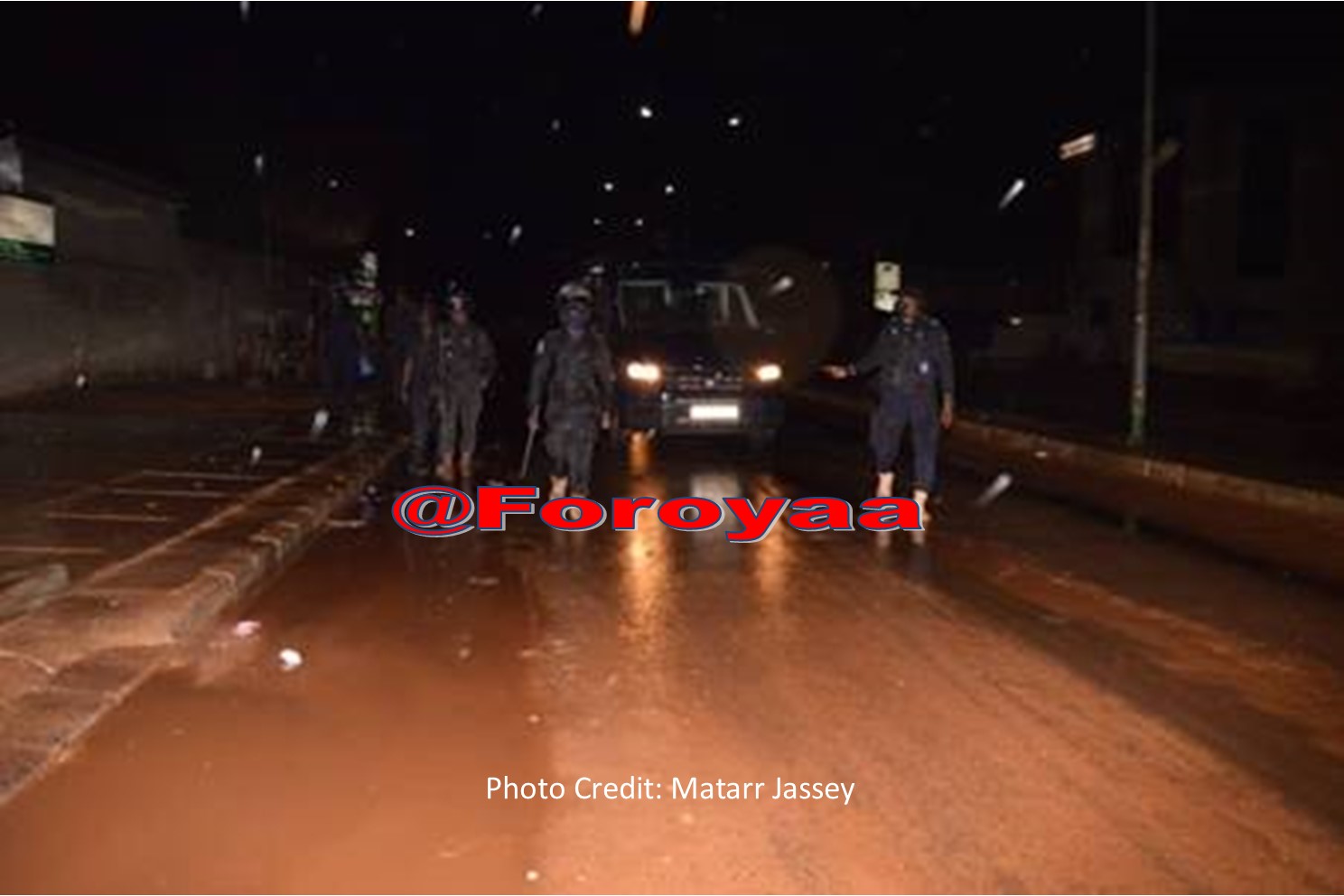