Eighty-two year old pensioner in the person of Ma-Sanneh Ceesay, calls on the Government of the Gambia to revisit the pensioners grading system in order to avoid pensioners going back for contracts after serving as civil servants for many years.

Mr Ceesay, a civil servant who has served his country for more than thirty years, said many elderly people still continue to work under contract because their take-home pension payment does not match the soaring cost of their living in the country.

“We all know how difficult the Gambia is now compared to some decades ago. The cost of living is very high and our salaries as pensioners are the poorest in the world. My pension payment like that of all my colleagues, does not match at all, with the soaring cost of living of the country, because prices of basic commodities continue to escalate by day. When you go to the teaching field and other trades, you see people who are very old but they continue to struggle as contract staff because they cannot rely on their pension which cannot provide a decent meal for them and their families for just a single day. The authorities should revisit pensioners’ grading system and see how best to match earnings with the current realities of our markets. Those with lower grades should be considered so that they will not go in for contracts after serving their nation to the best of their abilities,” he said.

Mr Ceesay continued that every civil servant should know that they will retire someday, after serving their country and deserving to receive a decent income in order to continue living a normal life.

“This contract business is also a contributing factor to the lack of jobs in this country. Every year, thousands of youth graduates from colleges and universities also need to be consumed by the system. However, both pensioners and new graduates continue to scramble for the little opportunities available in the country,” he said.

Mr Ceesay said it is the responsibility of the government to take care of the nation’s pensioners.

“There are some pensioners who receive better pay but the vast majority still receive less than a thousand dalasi as their take home package, when a twenty five kilogram bag of rice costs D850,” he said. He urged the authorities to revisit the grading system for both active civil servants and pensioners, adding that earnings should tally with the cost of living of a nation. He said if pensioners are paid well, they will leave active services in the hands of the young graduates who will be consumed by the system, which will also remedy unemployment. 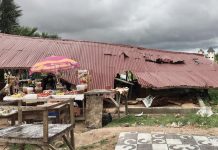