People’s Democratic Organisation for Independence and Socialism (PDOIS) has reiterated its call for system change in The Gambia.

Speaking to the press on Tuesday, Halifa Sallah, the Secretary General of the party said The Gambia requires a change in the system that will eradicate poverty. Sallah said the system change should address many issues including building the productive base of the economy such that the Gambia will be able to produce things that it currently imports including rice, tomato paste, juice, among others. 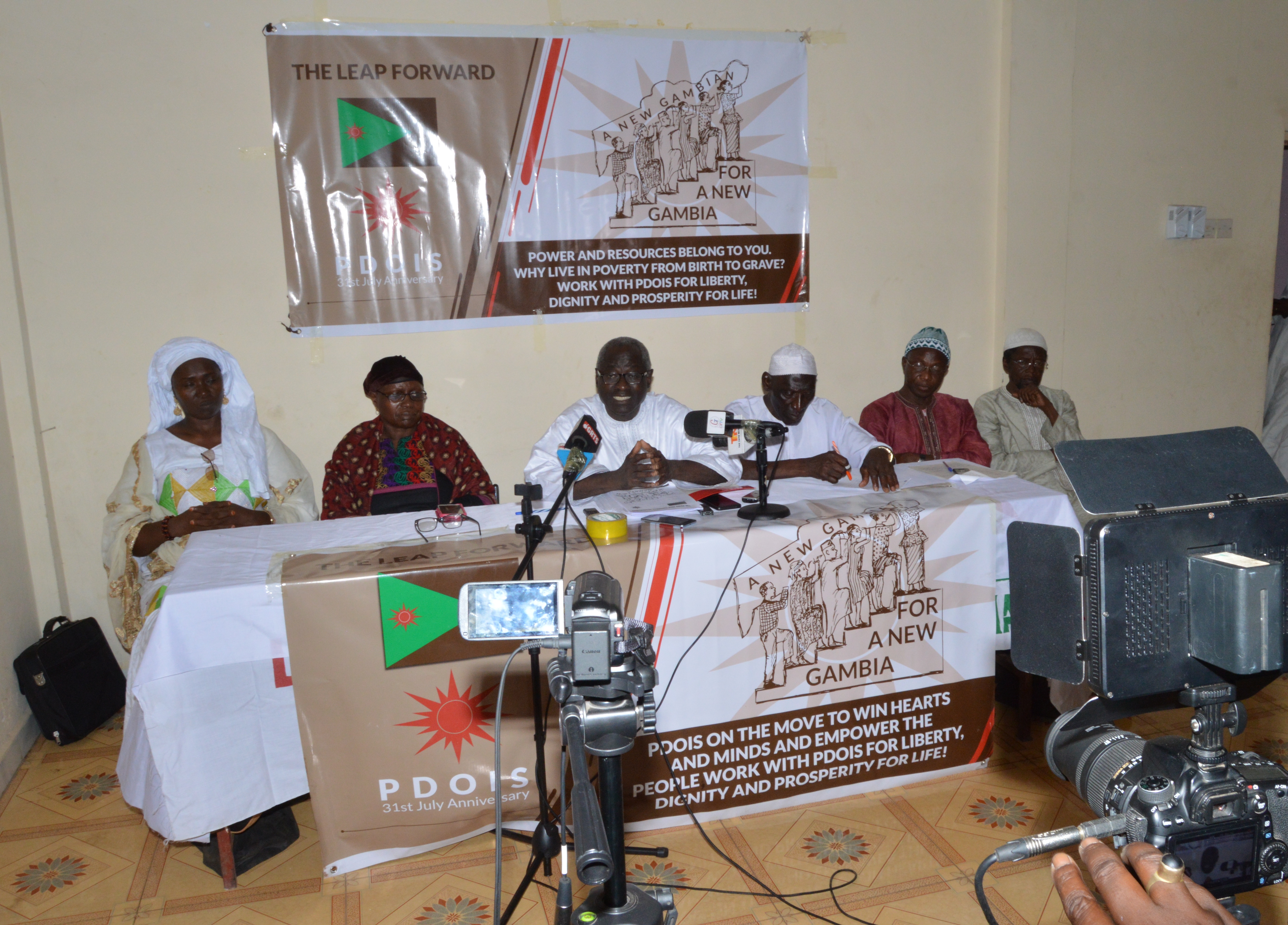 He said with a PDOIS leadership, they will ensure that the productive base of the economy is built such that the country will not import what it could produce, instead the Government will enhance the capacity of the people so that The Gambia will produce those products. Using juice as an example, the system change advocate said the fruits could be processed into the juices and thereby impact on the economy and create job opportunities for people. He said most of the products The Gambia imports can be produced locally.

He said: “We are saying, the processing of our materials can ensure value addition and it can generate employment, foreign exchange and will ensure import substitution – what you are importing instead you will export it. That will enhance the value of your currency. This is how a State should function and this is what PDOIS intends to bring to The Gambia.”

He pointed out that The Gambia produces 67,000 tonnes of rice annually while the country needs 200,000 tonnes, adding that the current bill on rice is over 2 billion dalasis.

“We are capable of producing rice. It means that if we produce the rice that we are importing, we will be putting 2 billion annually in the hands of our producers. This is the fact but how do we enhance production, that is a question of system change,” Sallah said.

“We will ensure that those family farmers are still given the capacity to produce what is necessary for us to consume so that the two billion will be in their hands. That is what PDOIS policy is all about,” Sallah said in response to whether land should be given to a few to produce what the people need or The Gambia should engage in large scale agriculture or where there will be a system where the farmers will continue on the farms and still enhance production.

In his deliberation to the press, the deputy for Serrekunda said a State that has 28 billion in a year should be able to build its productive base.

“The state must ensure that those farmers will have the resources they need to promote their products in large scale,” the PDOIS Secretary General said, adding that “we are saying, therefore, that there must be State-owned enterprises. We are saying we need a cooperative bank where sovereign national wealth will be invested so that they will be able to give the fertilizers, the seeds, the farm implements that the family farms need in order to be able to  produce what we need. So in that respect, our country will begin to eradicate poverty.”

Honourable Sallah said for over 50 years, The Gambia still issues licences to foreign companies to harness her resources and consequently making Gambians consumers instead of producers. He cited the recent move by the Government of The Gambia when it issued license to the European Union to catch fish in The Gambia.

“This system cannot sustain the country. What is stopping us from processing our resources and selling it as our own,” Sallah said.

For Sallah, in order to end this, he said there must be a Fisheries Corporation that is publicly owned and will invest resources to buy vessels – trawlers that will go into the seas to ensure that Gambians become captains and sailors. Sallah contended that with this, it will ensure that the Gambian people feed themselves as well as process and export their own resources.

He said it is a PDOIS policy that each village should have a consolidated fund to be able to carry out their activities. He added that the needs of the communities including their needs in terms of medication will be calculated and provided to them.
“We will ensure that every village has labour saving devices to eradicate poverty,” Sallah said.

The Press Conference was attended by party supporters, members of the PDOIS Central Committee including the Chairperson Sidia Jatta, the head of the Bureau on Women and Child Affairs Amie Sillah-Sarr, Honourable Suwaibou Touray, Honourable Ousman Sillah and Saikou Nyassi among other dignitaries.

Founded in 1986, the party has been advocating for a stop to dependence of the state on domestic and foreign borrowing by the country such that it only increases debt and poverty.

Read Foroyaa on Friday for detail report on the Press Conference, the speech of Honourable Sidia Jatta and the questions and answers with the press.