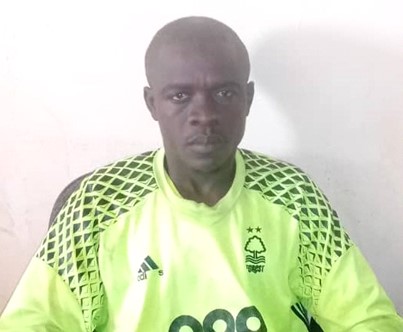 Njie also solicits help to revamp the poor condition of his compound in Bundung in which he said is difficult to live in during the rainy season, as he faces challenges when walking.

Myelopathy is an injury to the spinal cord due to severe compression that may result from trauma, congenital stenosis, degenerative disease or disc herniation.

According to his medical report from Edward Francis Small Teaching Hospital (EFSTH), Mr. Njie is recommended to travel overseas to do an MRI scan of his entire spine; that Mr the patient experiences difficulty and pain in both his upper limbs when walking.

The father of four siblings explained that he had the aforementioned disease in 2013, which has negatively affected his life by changing his mode of walking making him physically challenged.

“Due to my poor condition, it has restricted me from doing anything that involves human power. My family now face the consequences because I cannot afford their daily needs including School fees,” he decried.

Njie explained that he developed the disease due to the trouble and stress he has gone through while growing, causing both of his legs to deform.

He said he has been to several hospitals and herbalists for treatment but his condition still remains; that his ailment coupled with the flooding in his compound every rainy season, makes life a living hell for him and his family; that when his compound floods, both him and his sick mother together with the children, struggle every day to drain out the stagnant.

“I have been to many companies, individuals and even knocked on the doors of many Ministerial Offices to no avail,” he emotionally expressed.

Mr. Njie calls on the Government of the Gambia, philanthropists, Samaritans and NGOs, to help him with his overseas treatment and refurbish his compound for his easy access during the rainy season. 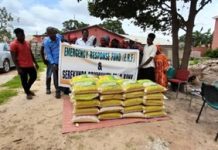