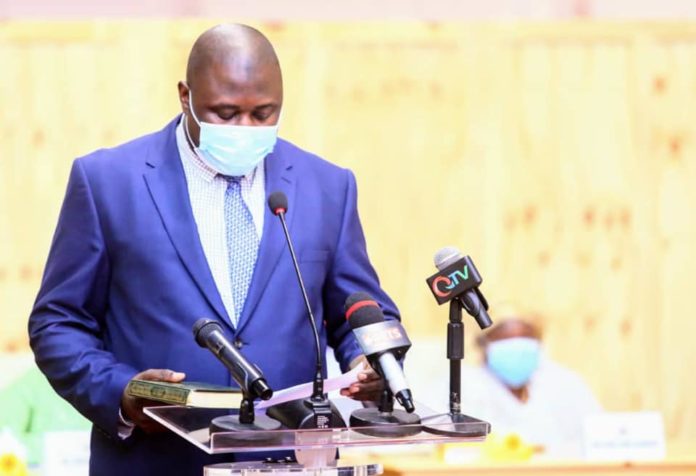 The Legislature has on Tuesday 7th July 2020, passed the Constitutional (Amendment) and the National Human Rights Commission (Amendment) Bills 2020.

The two bills were last month tabled before the lawmakers by the former Justice Minister, Abubaccarr Tambadou.

Former Justice Minister Tambadou justifying the Constitutional (Amendment) Bill said: “many magistrates are qualified to be appointed as judges of a High Court, but section 139(4) of the 1997 constitution makes that impossible”.

Minister Tambadou decried that this limits the possibility of other magistrates even with more than 5 years’ experience from having the opportunity to be eligible for the appointment.

The National Human Rights Commission (Amendment) Bill 2020 seeks to provide greater clarity in the internal organization and operation of NHRC.

It also seeks to Amend sections 2, 6, 9, 11 (2), 15, 26 and 27(1) of the parent act. Each of the sections is discussed in separate paragraphs and the objective of the Bill, is to provide greater clarity in the internal organization and operation of NHRC.

The new Justice Minister, Dawda Jalloww, in his maiden appearance before the legislature moved the motion for the two bills to be read the third time and be adopted.

In the same vein, the Assembly also passed the National Human Rights Commission Amendment Bill, following its consideration of legislative consideration on Monday 29th June 2020 and Tuesday 7th July 2020, was appointed for the third reading in accordance with standing order clause 75.

He said: “The bills entitled an Act to amend the constitution of the Republic of the Gambia, under section 226(2) and connected matters, be read a third time and passed, haven gone through the consideration of the committee of the whole house”.

He said: “I wish to move that the bills entitled Constitutional (Amendment) Bill 2020 and the National Human Rights Commission (Amendment) be read for the third time and passed.”

The Speaker thus put the question for the lawmakers to pass the said bills and the two bills were unanimously passed after having gone through all the necessary procedures of the Lawmaking Entity of the country.