In continuing their consultation with the people of the Gambia on their views on the proposed new Constitution, members of the Constitutional Review Commission (CRC) met the community of Wassu, who unanimously said the new Constitution should make provision for a Farmers Commission that will look after their welfare.

The CRC is embarking on an in-country consultation with the people of the country. The CRC is tasked by the Constitutional Review Commission Act 2017 to review and draft a new constitution and prepare a report about it.

At the Wassu meeting in the Niani District of the Central River Region, thousands of people gathered to make their opinions on what the New Constitution should make provision for. 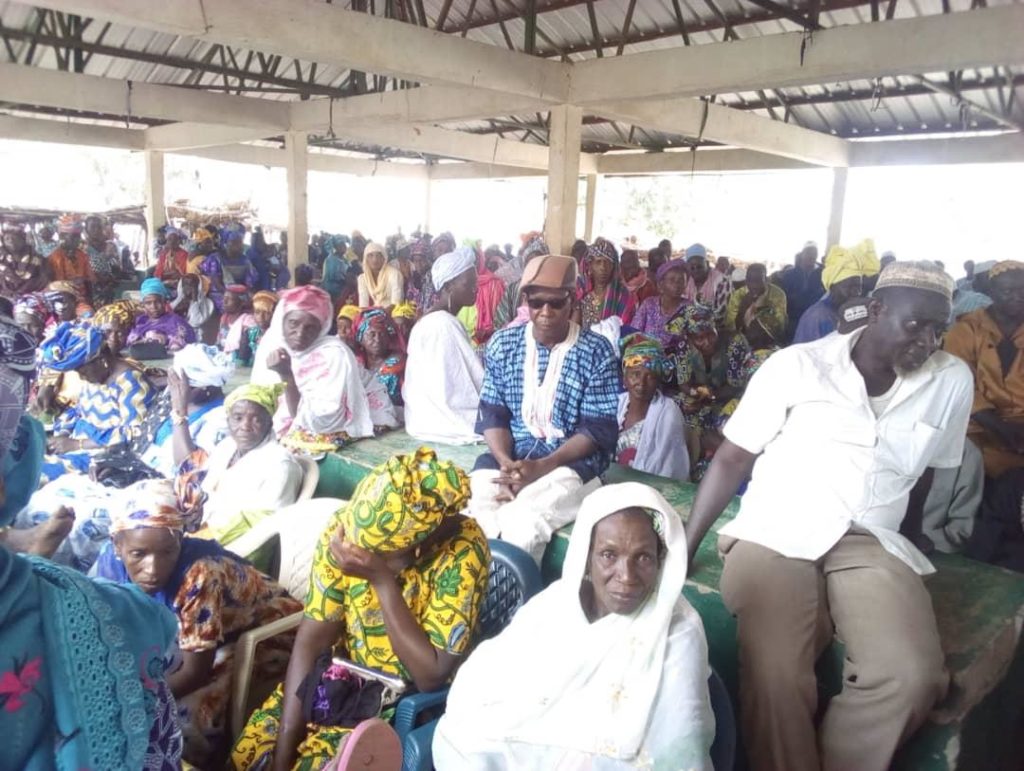 Mbye Manneh, a driver at the Wassu Motor Vehicle park in his intervention, said farmers are faced with numerous challenges that should be addressed by those in authority.

“We have talked about a Teaching and Health Services Commission, and continue to neglect farmers because we see them lower on the ladder. The new Constitution should make provision for a Farmers Commission that shall be mandated to look into issues affecting the farming community. We should not be sidelined because we form majority of the population as farmers,” said Manneh.

“The agricultural sector is very weak in the Gambia. Farmers should be empowered. Our region here in CRR, has vast lands for farming. If our farmers are empowered by Government, then we will be able to feed the nation and even export the surplus,” said Anti-Rohey Ceesay of Kuntaur Wahftown.

All other speakers made similar remarks and all urged the CRC to ensure that the new Constitution makes provision for the establishment of a Farmers Commission.

To be able to get their full endorsement on their contribution, members of the CRC allowed them to vote for or against it in their presence. The overwhelming people of Niani District in attendance raised their hands in support of the establishment of a Farmers’ Commission, as an endorsement of what they were saying.

The people also upheld that death penalty for murder crimes, should be maintained in the proposed New Constitution; that the new Constitution should also make provision for prisoners of Gambian nationality, to vote.

The people of Wassu also opined that the Auditor General and Chief Justice be empowered in the Constitution with extra protection so that it will not be easy to dismiss them from office.

On citizenship, they were united in opinion that citizenship by marriage should be reduced from seven to at least four or five years and by naturalization, to ten years.

However they unanimously emphasized that the new constitution should make provision for the country’s local languages to be used as the medium of communication in the National Assembly.