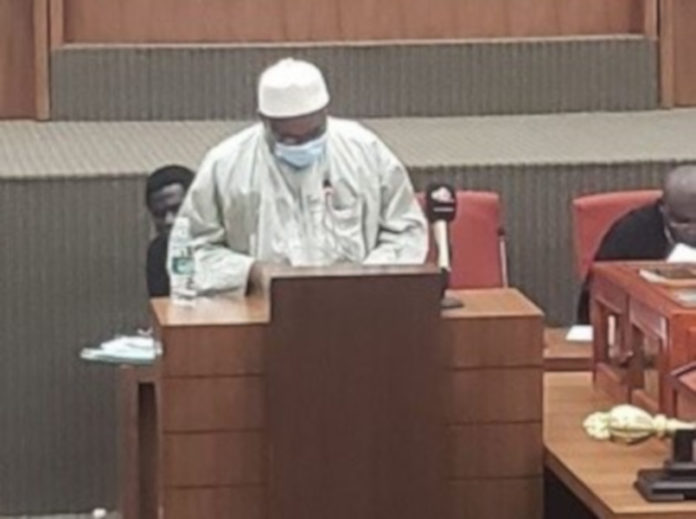 He made the clarification at the national assembly in Banjul on Wednesday.

Member for Upper Fulladu West, Dawda Kawsu Jawara, asked the minister to inform the assembly why duty charges worth of D13 million was levied on KMC garbage disposal trucks that was in the direct interest of the general public.

In his response, Minister Njie said: “The KMC garbage trucks was a Public Private Partnership arrangement between KMC and ESPACE motors, and a review of the agreement indicates that the trucks were the properties of ESPACE motors until such a time KMC completes payment (36 months) and as such, duty exemption could not be granted under such a scheme.”

Elaborating further, Minister Njie gave an example in future after KMC complete their payment and reach out to them to offer garbage collection to public establishment, they would waive the levy for the council.

In his own words: “Example, after the payment of this, KMC came back to us and tells us now we have about four trucks, that these trucks are going to military installations, hospitals, {and} clinics to collect garbage, that is not a commercial operation and we will make sure we will be able to waive.”

However, he said they would monitor the operation to make sure the said trucks are not commercialized. He said they would withdraw forthwith the day they see a truck that is meant to be collecting garbage from the hospitals or military installations doing a commercial operation.

Njie also indicated that even public enterprises do pay taxes. But if it is a social service, he said, they will waive the levy. He emphasized that even if one is charging a dalasi per service and is classified commercial, it has to be paid for.

Member for Central Badibou, Sulayman Saho, asked the minister whether they have plans in future to engage councils especially those in rural Gambia to provide trucks that would engage in garbage collection to generate money.

Finance Minister Njie responded: “If we are talking about support for them to access financing, yes, but… through maybe their development budget that one we have no problem, we are more than willing to do that.”

Minister Njie responded in the positive, adding after the breakdown in communication, the ministry of local government and land engaged all the councils to engage the government in future.

Nonetheless, Njie explained that the breakdown in communication was the problem then, but it has been resolved.

“Because at the time they were saying that the minister of finance rejected, it was never on my table. I have not seen any request at the time. It was at the ministry of local government because they said that they did not go through the proper procedure and that breakdown in communication has been resolved,” he explained.