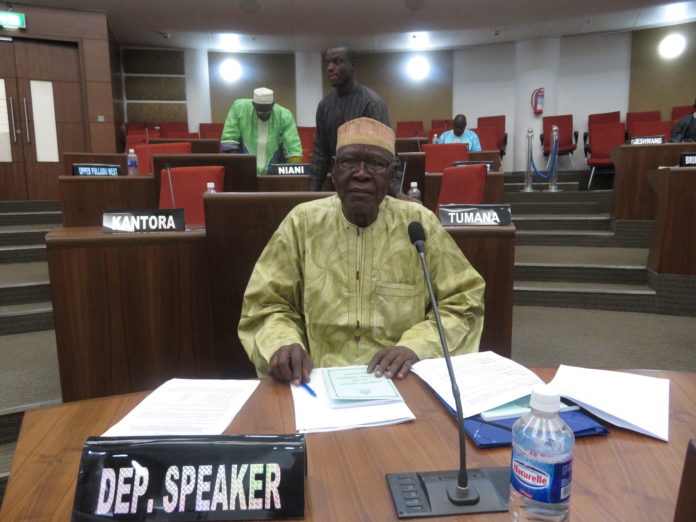 The Deputy Speaker of the National Assembly, Momodou L. K. Sanneh told lawmakers in Banjul on Tuesday that The Gambia has nothing to lose on the military cooperation she embraced with its partner country, the republic of Turkey.

Sanneh’s remarks came after the Minister of Defence, Sheikh Omar Faye, moved four motions about agreements between the governments of The Gambia and Turkey for consideration and ratification.

He said the four consolidated motions carry a lot of opportunities for The Gambia and as a result, it was apt that the minister of defence brought it before the national assembly.

“As I said Gambia has nothing to lose. In fact, we are gaining a lot from these agreements. Madam Speaker it is no cost to Gambia government,” he said.

Sanneh, who seconded the motions of Minister Faye, further said peace keeping mission has helped The Gambia’s Armed Forces to undergo peace missions all over the world, and as a result, he urged the assembly to seriously look into the motions because it is very important.

Thereafter, Sanneh moved a motion for the four motions to be deferred to the Standing Committee on Defence and Security of the assembly, which he is the chairperson, to scrutinize the motions as soon as possible and report back to the plenary for adoption.

Serrekunda lawmaker Halifa Sallah seconded the motion of the deputy speaker with amendment.

Sallah cited the standing orders of the national assembly under section 113, subsection two (2) which states “It shall be the duty of the Committee on Defence and Security to scrutinise, consider and advise upon all matters connected with the defence and security of the Nation.”

In that regard, Sallah said the aforesaid committee has the obligation. He also cited section 97 of the standing orders of the assembly which also said a Committee may investigate or inquire into the activities or administration of ministries, departments or agencies of the government and make recommendations.

“Madam Speaker, under section 100, we as Committee cannot meet except under exceptional circumstances and in this regard, standing order 100, paragraph 13 requires the assembly to give us that authority to meet. So is to add to the motion made by the chair of the committee that this consolidated motion be referred to the Committee and he is giving a time frame. And Honorable speaker, we should start doing that so that we will not prolong the holding of the business of this assembly,” Sallah said.

The Speaker of the assembly asked the question for the adoption of the proposed deferment of the consolidated motion and the lawmakers voted in the affirmative. The committee was tasked to report back to the plenary no later than 23rd June, 2020, precisely next Tuesday.

Meanwhile, the committee continued to meet after the plenary session was adjoured.

What are the four motions?

The motions the minister tabled before the lawmakers were two agreements and two protocols. Below are the four motions: