Commissioners of the Truth, Reconciliation and Reparations Commission have on Wednesday 1st July 2020 facilitated the reconciliation exercise between four perpetrators against four victims.

The TRRC was set up by an act of parliament in 2017 to look in to the atrocities of the 22 years of dictatorship under the Jammeh administration.

Commissioner Imam Jallow said the perpetrators and victims have asked the TRRC to facilitate a reconciliation between them.

He said since reconciliation is one of the mandates of the TRRC, the reconciliation unit would facilitate the process of forgiveness while awaiting the recommendations of the Commission in future.

“Forgiveness is healing, with the many reconciliation exercises facilitated by the unit, today’s event will be among the following persons; Omar A. Jallow vs Major Abubacarr Bah, Ensa Jesus Badjie vs Soriba Conde, Lamin Jah, Soriba Conde vs Malang Tamba and Ebrima Jammeh,” he said.

Major Abubacarr Bah testified before the Commissioners that during his duties at the Fajara Barracks sometime in 1996, he was involved in the torture of detainees including Omar A. Jallow (OJ).

He testified before the Commission of committing bodily harm to Omar Jallow. He expressed remorse and asked the Commission to facilitate his reconciliation with Omar A. Jallow.

Major Bah said: “I have been waiting for this day when I will seek forgiveness from Mr. O.J Jallow and the family,” he said.

Bah said as a human being, he is not perfect and when these human rights violations were happening, he was young, energetic. He added that he was misled.

“I am seeking forgiveness for what happened in 1996,” he said.

Mr Omar A. Jallow said he has forgiven Bah since the latter has sought forgiveness.

“I think this is one of the most important components of the TRRC, because without peace we are no were,” he said.

O.J said Major Bah is his ‘son’ and that he acted based on command from his seniors.

“Abubacarr Bah you are part of my family, come and visit me anytime you wish,” he said.

OJ also pleaded on behalf of Soriba and Lamin for the TRRC to plead for the president to pardon them. 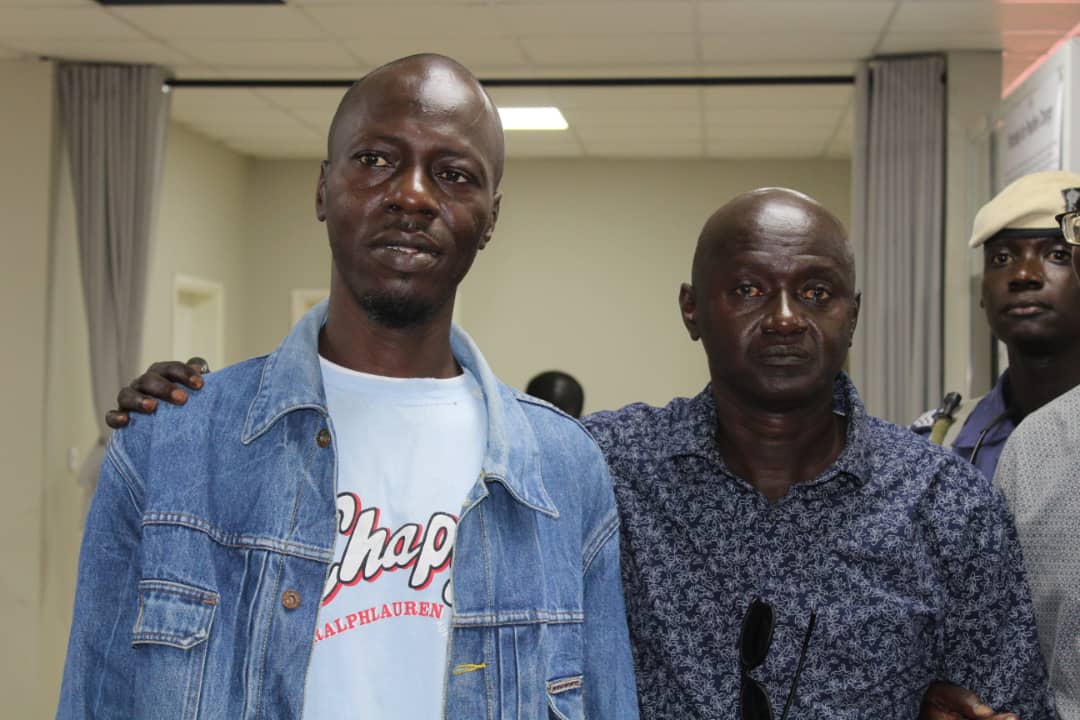 Mr. Soriba Conde (Ramses) told the commission that he gave false testimony in the trial of Ensa Jesus Badjie which led to the conviction of Jesus in which he was sentenced to six years in prison with hard labour.

During the reconciliation, Soriba said he was forced to testify against Jesus.

“When Jesus was in Jail in Mile 2, I always felt ashamed of him because I knew I lied against him,” he said.

Ensa Jesus Badjie said this event is history in his life.

He said he was targeted to be killed and he faced a lot of humiliation and difficulties in those days.

“I know if Soriba did not do what he had done he would have faced a lot in the prison,” he said.

Jesus said he has forgiven everybody from Yahya Jammeh the former president up to the last person.

“I was going to court for four to five years, some people looked at me as a criminal,” he said.

Ebrima Jammeh alias Chief Torturer and Malang Tamba were involved in the torturing of Soriba Conda and Lamin Jah during their detention at the state central prison.

Ebrima Jammeh and Malang Tamba pleaded to the commission to facilitate reconciliation between them and their victims (Soriba and Jah).

Ebrima Jammeh served 20 years as a Prison Warden, he said he regretted his actions when he was in mile 2.

“I have nothing to say than to beg for forgiveness from the victims that I have offended,” he said.

Jammeh said his salary has been stopped since 2017, and he has been facing a lot of difficulties.

He called on the TRRC to communicate to the Prison Authorities to help him receive his salary.

Malang Tamba said he has betrayed the trust of taxpayers because it is their money that the government is using to pay them.

“I have betrayed everybody’s trust and am seeking forgiveness. It is not pride for me to do such,” he said.

Share
Facebook
Twitter
Pinterest
WhatsApp
Previous article
Did the Vice President Say That the 5 Percent Civil Servants ‘Contribution is Estimated To Generate Over GMD173.6 Billion Dalasis or GMD173.6Million Dalasis?
Next article
Over 232, 000 Gambians Issued Biometric ID Cards Since 2018 Over D100 Million is gained as per the figure
- Advertisement -