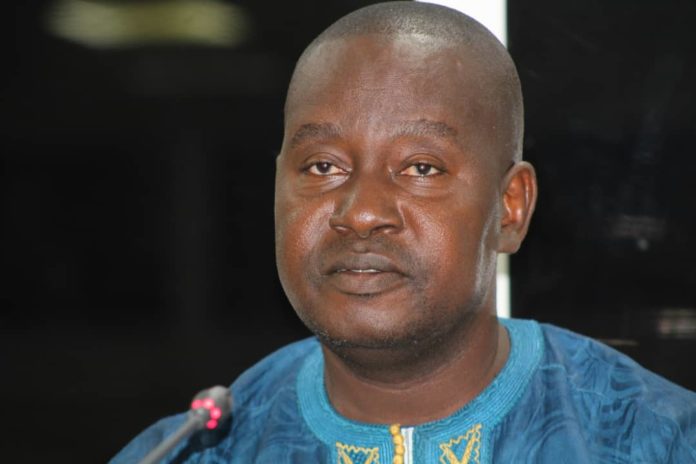 A nurse on Wednesday, 8th July 2020 testified before the TRRC on how his brother was killed by one of the drivers in ex-President Yahya Jammeh’s convoy.

Mr Mathew Bass was born on the 23rd July 1976 in Besse, Foni Berefet District. The resident of Brufut said his siblings are Therese Bass, Diminga Bass, Simon Bass and the late Musa Bass, who died at the age of 27 from an accident caused by ex-President Jammeh’s convoy.

Mr Bass said his late brother Musa Bass was a gentleman, hardworking, intelligent and respectful. Prior to his death, he worked with the Gambia Groundnut Corporation Company as an electrical electronics technician.

He said Musa attended Ndemban Primary School and later proceeded to Brufut then to Fatima’s Senior Secondary School in Bwiam.

He said according to the information he received, Musa was not on duties that fateful day, but was called to go to his workplace to address an electrical problem there. After fixing the electrical problem, while crossing to the other side of the road he was hit by Ex-President Jammeh’s convoy and he subsequently died. He said the accident occurred on the 28th June 2010.

He said when he looked at the lifeless body of his brother at the mortuary in Banjul, he saw blood coming out from his ears and nose.

“That time I was not able to do anything, I was crying and I later went home. When I reached home, I met everybody crying,” he said.

“One of our relatives who was working at the President’s Office, told me that he knew the driver who knocked down my brother (Musa) and he told me that the name of the driver is one Cherno Jallow,” he said.

He said his relative and the driver (Cherno Jallow) were the only people who sympathised with the family and apologised.

“The convoy that hit my brother was President Yahya Jammeh’s convoy,” he said.

He said after the burial, the driver and one of his bosses, one Mbowe sympathised with them and gave them something as charity.

The witness said apart from the driver and his boss (Mbow) nobody from the State visited or paid condolence to them.

“My Father and Uncles then told us to take the matter in good fate, pray for the departed soul and forget about it,” he said.

The witness said his brother’s death could have been avoided if the convoy drivers were following traffic rules, but they used to drive at high speed.

“My brother’s death has created a gap in our family because we lost someone, who was very instrumental to the family. Whenever my father thinks about him (late Musa), you will see him crying,” he said.

He testified that since then there has been no justice for his late brother. He said he holds the President and his team responsible for the demise of his brother.