Nomination has started at the IEC Office in Banjul with 7 APRC candidates going through the process with a clean bill of health to qualify as candidates in their various Wards, in the forthcoming Local Government elections.

The nominations started on Tuesday 13, March 2018.

All candidates were duly scrutinised by IEC Officials, presided over by Commissioner Isatou Jallow Ndure and her staff. All aspiring candidates were accompanied by five supporters, and the process was witnessed by domestic observers and the media.

The IEC Commissioner Madam Jallow Ndure went through the documents such as assets declaration forms, nomination forms showing the number of registered voters among other required documents.

The Commissioner after going through the documents, told each candidate that their acceptance will be given after the public scrutiny of their nomination documents, which she said will be on Sunday 18 March 2018.

Madam Ndure gave a receipt to each of the candidates and told them that they will be informed on Monday after the public has scrutinized their nomination.

Abdoulie Jeng, Director of Operation at the IEC, said each candidate will be given their approval if no concern is raised on their nomination documents and if they conform with the Law; that if the concerns are just mere issues, then the nomination he said will stand. Commissioner Ndure in turn, warned candidates to desist from violence and hate speeches.

The APRC Banjul coordinator Mam Sai Njie, said they are working on the documents of the 8th candidate for Campama Ward and the person will be brought to the IEC as soon as possible for nomination.

During the Nomination Process, the IEC Chairman Alieu Momar Njie, paid a visit, and assured candidates that the elections will be free and fair.

Still on the Tuesday Nominations in Banjul, the NCP and other Independent candidates were scheduled to come, but none appeared.

Madam Ndure said the Code on Election campaign ethics is binding on all political parties and contesting candidates; that anyone found wanting will be penalized.

“It can even result to the withdrawal of one’s candidature”, she asserted.

Taking each candidate to task through the code of ethics, the IEC commissioner said each candidate should respect their opponents and should not by any means incite violence against the other.

One of the APRC candidates contesting for Newtown East Ward Pa Ebou Sanneh, spoke to this reporter and raised concern that other parties remove their posted campaign materials from walls; that he reported the matter to the IEC, but the practice still continues.

He urged the IEC to look into the issue to avoid such occurrence.

Abdoulie K. Jeng, Director of Operation said, candidates should report matters to the IEC on any situation they face for redress. 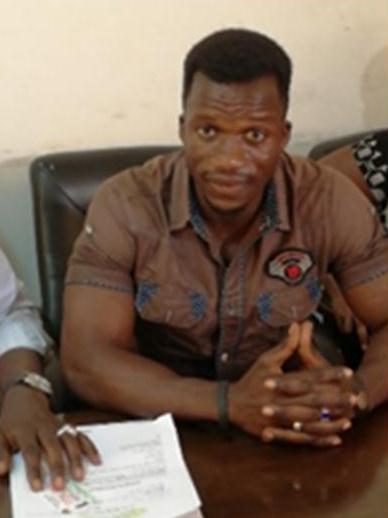