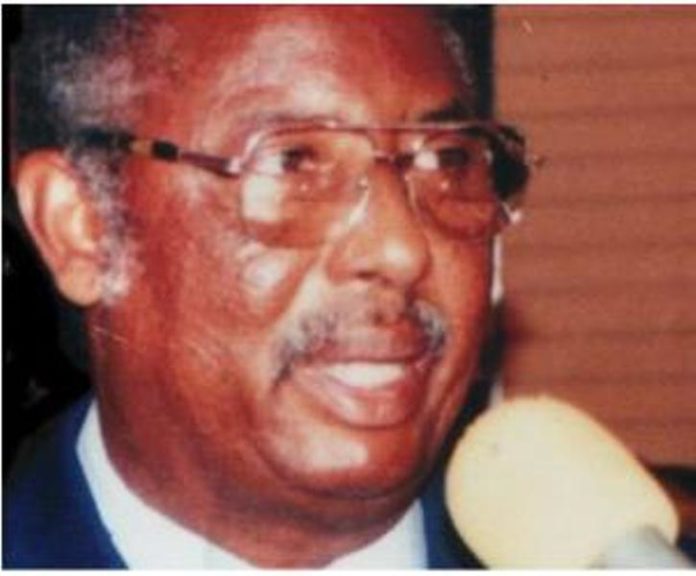 By Pap Saine in Germany

Nian Sarang Jobe, the former staff of The Point, has narrated before the Court of Celle, Germany, how Deyda Hydara was killed on 16 December 2004 in a trial involving ex-‘jungler’ Bai Lowe.

Mr. Hydara was the managing editor and co-publisher of The Point Newspaper before he was allegedly killed by junglers of ex-Gambian dictator Yahya Jammeh.

Ms. Jobe first introduced herself before a panel of five judges.

She said she had worked with The Point for the past 22 years before she retired on health grounds.

She narrated: “On 16th December 2004, we celebrated our 13th anniversary, and as usual, Deyda used to drop me with my colleague Ida Jagne at our houses because we are living in the same area.”

Ms. Jobe told the court that Deyda was kind and helpful. According to her, after closing from work, he would drive them to their homes.

“During that night, when we closed at 10 p.m., and after we took the Sankung Sillah Road, a taxi was following us and then the driver was flashing light on us,” she adduced.

“Deyda was reducing speed and suggested the taxi was in an emergency. Then after, we realised the driver was coming closer side by side; the guy in the front first then shot, then after two other shots, I did not know if people were behind us or not. I saw his (Deyda) head and neck bleeding.”

“Ida Jagne, who was in the front next to Deyda, pulled herself from the car as a result of the shootings and sustained injury (not bullet). I received a bullet on my knee. I called my sister to inform her, and then youth in my area came to rescue us, the car stopped in the gutters off Sankung Sillah Road.”

“We went to Kanifing Police and Serekunda Police helped us to get an ambulance to go to Edward Francis Small Banjul where we were admitted a few days before going to Dakar hospital where a doctor pulled out the bullet from my knee.”

“When we were in Dakar, Gambian security agents from the NIA and police came to interrogate us.”

According to Ms. Jobe, Ex-president Jammeh’s comments on GRTS in which he said that ‘we were smuggled to go to Senegal,’ came as a surprise to her and in the end they were collaborating with Gambian security agents.

“When we were discharged from the hospital we decided to stay with our families in Dakar but we were warned to be careful of people visiting us.”

“In 2005, I decided to return home because my mum and my two children were traumatised and I joined The Point again.”

Ms. Jobe said that upon her return to Banjul, she had reported to the NIA where she was interviewed by Daba Marenna – the then director general of the NIA.

“I sued the government to be compensated but I lost the legal battle because in the judgement, the case was heard in ECOWAS Court and compensations were already made to the Hydara Family.”

Nian Sarang told the court she did not know Bai Lowe, (accused person) and the driver of the alleged junglers who reportedly participated in the killing of Deyda.

Ms. Jobe also said that she came to know the killers of Deyda through Freedom Radio and TRRC. She named them as: Malik Jatta, Aliu Jeng, Sana Majang and Tumbul Tamba.

Asked by the presiding judge about the social political situation, especially press and opposition representatives during ex-president Jammeh’s time, she said politicians and journalists were arrested, killed or left the country.

“Deyda had told me that he used to receive death threats many times,” said Ms. Jobe. She added that was mainly targeted because the Good Morning Mr. President column he famously wrote on Mondays.

Justice Ralf Gunter at the end of the session said: “I express gratitude to you witness Nian Sarang Jobe for coming all along from The Gambia in order to contribute to the seeking of truth because the German courts cannot force anybody from abroad to come and testify. Thank you with all the troubles you did especially going to Senegal to get visa from German Embassy in Dakar

The case was adjourned to 24 August for defence to cross examine her.

Meanwhile, Pap Saine, the co-publisher of The Point will also testify on the same day.