The new nominated Member of the National Assembly Foday Gassama, was yesterday sworn in at the Legislative Chambers in Banjul in the midst of tight security. Foday Gassama was nominated by President Adama Barrow as a replacement for Ya Kumba Jaiteh, whose nomination was revoked by the President on 25th February, 2019. 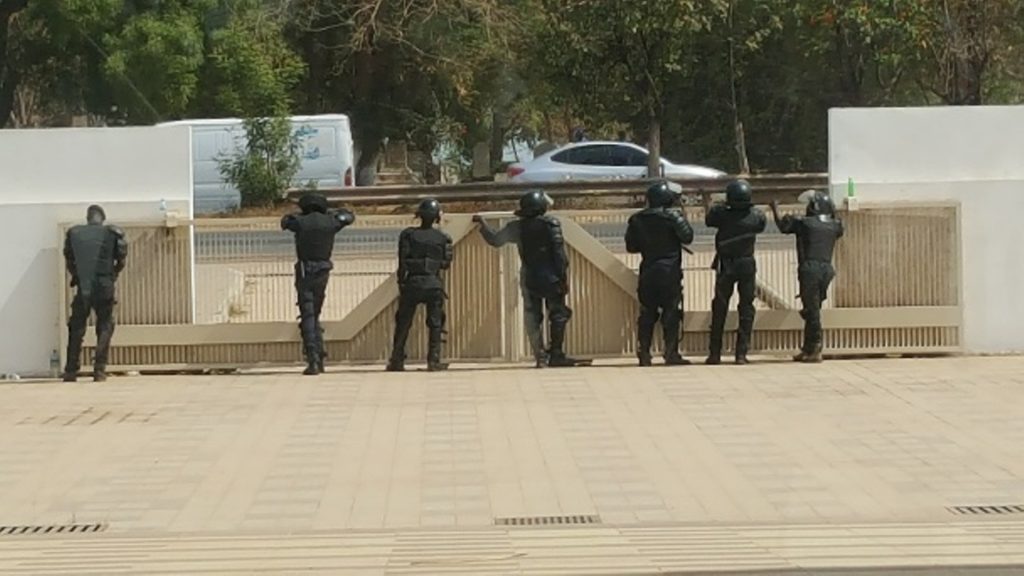 Although no reason has been advanced on Jaiteh’s removal, the revocation of her nomination was met with widespread criticism within and outside the country, especially by supporters of the United Democratic Party (UDP).

Gassama was sworn in by the Clerk of the National Assembly Momodou A. Sise, during which the new Legislator vowed to be faithful and bear true allegiance to the Republic of The Gambia, as established by Law, and to execute his functions without fear or favour, affection or ill will, according to the Constitution and other Laws of The Gambia.

Speaking shortly before the ceremony, the Speaker of the National Assembly Mariam Jack Denton informed deputies that the Office of the Clerk had received communication form the Office of the President, informing them of the nomination of Foday Gassama as a Member of the National Assembly, following the revocation of the nomination of Ya kumba Jaiteh.

Meanwhile, the Banjul Highway, came under intense security and control following recent pronouncements by supporters of the United Democratic Party (UDP), to disrupt the swearing-in ceremony of the new nominated member of the National Assembly Foday Gassama. Paramilitary, prison officers and immigration officers could be seen stationed from the Oyster Creek (Denton) Bridge to the Gambia Senior Secondary School Junction, besides the premises of NA building.

The court refused to make such an interim order and the hearing of the substantive case on the constitutionality or otherwise of the revocation of her nomination will take place on 26th March 2019.