Officials of the National Council for Civic Education (NCCE) on Saturday December 15th 2018, urged citizens to stop abusing democracy by insulting innocent people on social media, smoking canabis in pubic and causing violence; that this kills the spirit of democracy and would not take the country forward.

The remarks were made in Bambali and Kunjeta, in the Central River Region-North, during a nationwide public awareness campaign by the NCCE, to ensure citizens fully understand and are adequately informed of how democracy works in a nation. The massive sensitization outreach targeted communities in the North Bank and Central River Regions north.

Speaking in Bambali, Junkung J. Saidy the program officer of NCCE, said many people sing the word “democracy’’ but do not know its meaning and how it works in a nation; that their mission is to clear the misconception people have about democracy. 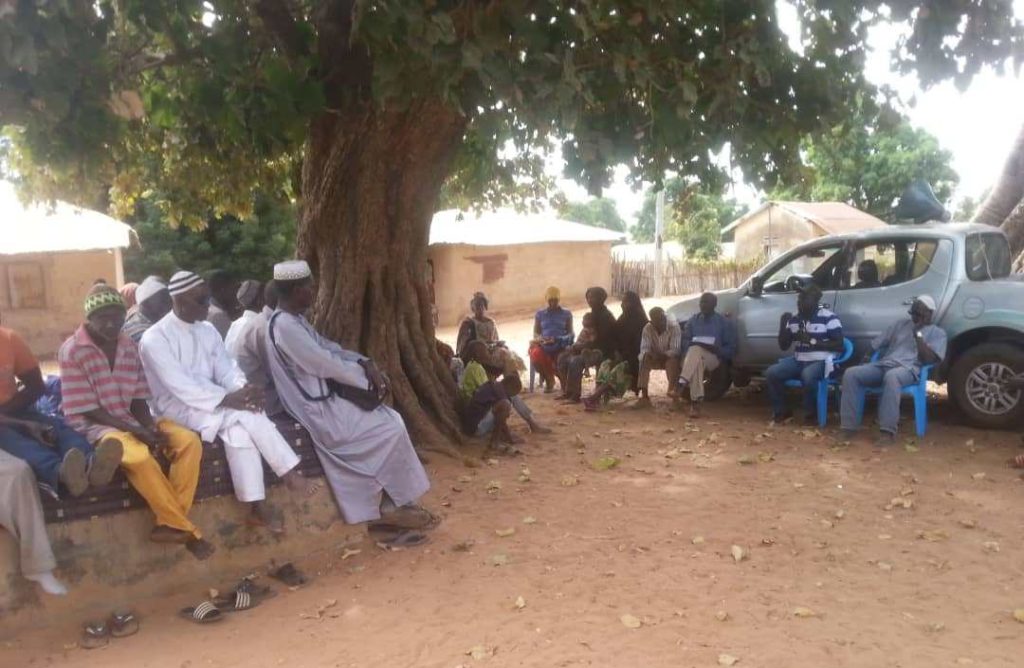 Saidy said democracy has nothing to do with rudeness and bad manners by insulting innocent people on social media, smoking cannabis and other banned substances in public, and causing violence. “The way people perceive democracy in the country, is a bad sign. It does not say our children should dress-up naked and walk in public,’’ he said.

According to Saidy, democracy has allowed everyone to demonstrate and express themselves freely, but that it does not allow us to destroy or damage other people’s properties. Saidy said the practice of democracy, follow due process of law. He suggested that people should use social media wisely to bring peace and development in the country.

He urged citizens especially those in the rural communities to hold their representatives at the National Assembly accountable, by lodging their problem and concerns to them, such as access to good roads, water and farming implements.

He advised people to avoid political division and put the country’s interest first, for better development of the nation. “Gambia belongs to all Gambians,’’ he said.

NCCE Program Manager Yusupha Bojang, said the sensitization is for the general public to know what democracy is all about, have tolerance and respect diversity. He stated that the exercise will help improve awareness about rights and responsibilities of citizens in a democracy, as well as promote tolerance, reconciliation and peaceful coexistence within communities, to ensure a stable and peaceful Gambia as envisaged in the National Development Plan (NDP)

The activity, he said is part of the NCCE’s ongoing awareness campaign efforts to enhance citizen’s civic consciousness for effective participation in politics, governance and development process of the country.

For his part, Kebba O. Jobe said the importance of civic responsibility is paramount to the success of democracy, by engaging in civic responsibility for citizens to ensure and uphold democratic values. He told community members that democracy presupposes diversity and plurality within society as well as equality between citizens.

A native of Bambali, Alkali- Kebba Lang Darboe, called for unity. He said people should not allow politics to divide them. He advised his fellow community members that they should avoid using abusive language on platforms as that would undermine the peace in the country.