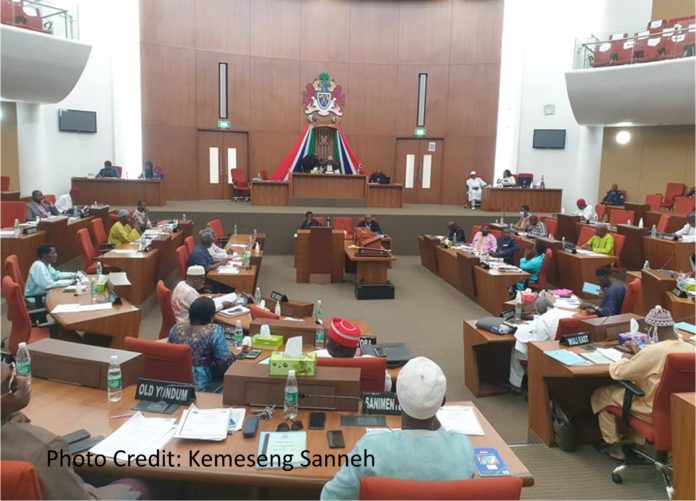 The Gambia’s Legislature on Thursday, 9th July 2020, adopted and ratified motions on treaties and agreements.

The move was to ensure compliance with international best practice and fulfillment of the country’s international obligations on the ratified treaties and agreements.

The motions on the treaties and agreements ratified, were reports of the joint committee on the treaty on the establishment of the Dakar-Abidjan Corridor, among governments of Gambia, Cote D Viore, Guinea, Guinea Bissau, Liberia, Sierre Leone and Senegal;

Report of the joint committee on the bilateral air services agreement between the Gambia and twelve other countries.

Reports of the joint committees on protocol to amend the convention on the offences and certain other acts committed on board aircraft, Montreal Protocol 2014.

Sulayman Saho, Member for Badibu Central, who tabled the committee’s report on the Dakar- Abidjan corridor, said the committee recommended that the ratification will facilitate the implementation of the ECOWAS protocol on free movement of people, goods and services. Thus, he said the committee also recommended for the establishment of friendship between the parliaments.

Deliberating on the report on the convention on the suppression of unlawful acts relating to international civil aviation,
Billay G Tunkara, Member for Kantora, said the committee recommended that the reason for the ratification includes but not limited to, making aviation a major catalyst of development, as transit good and persons will promote economic growth and fair competition.

Muhammed Mahanera, Member for Sandu, who expressed his opinion on the report on air services, said the agreement promotes consumer protection and thus recommended for the GIA to have close partnership with exporters of fruits and vegetables, horticulture and fisheries products, so as to make best use of the cargo facility.

Sulayman Saho, on behalf of the Committee’s Chairperson Muhammed Mahanera, said the Montreal Protocol 2014 recognizes the desire of many states to assist each other in curbing unruly behavior and restoring good order and discipline on board aircraft.

The Chairperson of the Select Committee on Environment, Sainey Touray, Member for Jarra East, tabling the motion on African Ministerial Conference on Meteorology, said the committee among others recommended the need for the Fisheries Ministry and National Disaster Management Agency to work together to give early warning signs to the populace and be proactive in averting or mitigating the dangers associated with disaster.

The Ministers of Works and Fisheries congratulated the Legislature for the giant steps it has taken in ratifying these bills and assured that they will relentlessly work on the full implementation of the recommendations made on the respective bills.

The said reports were all unanimously adopted by the Assembly after legislators debated and considered them.