National Assembly Members on Monday 18th June 2018, expressed disappointment in the way land problems are erupting in the country and the manner in which this is handled by the authorities. Deputies made these and other remarks during comments, when laying the report of the National Assembly Select Committee on Lands and Local Government for adoption, at the NA building in Banjul.

Land issues dominated yesterday’s opening session which was the second sitting of the National Assembly, in the first Legislative year of 2018. 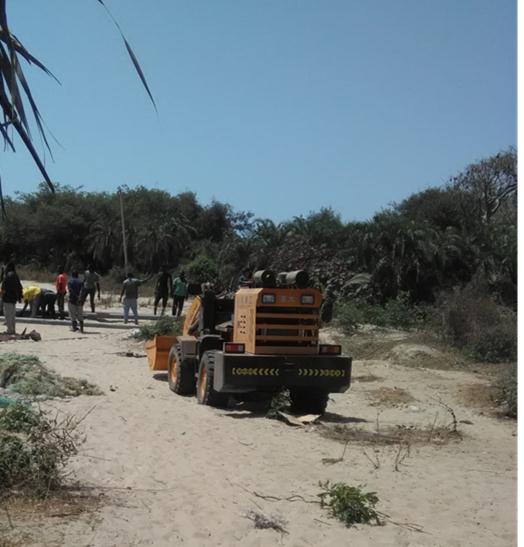 The Member for Wuli West Sidia Jatta could be heard at the top of his voice, condemning the killing of innocent lives in cold blood, in the strongest terms; that their only crime was to defend the dignity of their community and the welfare of the country. He urged his fellow members that they will do something about this because it has to stop; that the lands belong to citizens of this country they should be the beneficiaries of the country’s wealth.

Sidia said the people of this country, are crying and suffering because of this rubbish and people are tired of these brutal killings which must stop right now.

“People are killing each other in this country and people are at each other’s throats. The relevant authorities are never held responsible and this needs to stop now because enough is enough,” he asserted.

Mr. Jatta described recent land disputes going on in the country as ‘disastrous’; that people are cutting each other’s throats and nothing is being done about it as if there is no authority or administration responsible.

He challenged the National Assembly Select Committee on Land and the Environment, to look into these issues critically, because people’s lands and compounds are being taken illegally from them without compensation. “I thought this committee would have dealt with these problems a long time ago because it is very crucial and people are crying helplessly,” he said.

“We have heavy responsibilities on our shoulders as Lawmakers and we should solve their problems. We are their eyes, hands and ears and we must bring satisfaction to those who have elected us as National Assembly Members, if not we will be held responsible,” he said.

Sidia questioned why and how ‘Julakay’ Company got the authority to own the Faraba Sand mining area; that the land belongs to the state and should generate revenue for the whole country rather than a single individual; that people’s mouths have been ‘buttered’ and closed for one individual to enrich himself, while Gambians wallow in pain and poverty.

Saikouba Jarju in a very angry tone, called for the immediate address of all land issues, which is becoming rampant in the country.

‘‘The way land problems are handled, remains a big concern for this Assembly. We have noticed the same piece of land issued to two people, each with a valid clearance,’’ he told his fellow deputies.

The member for Brikama North enjoined his colleagues to revisit Municipal and Area Councils, since they are the better institutions who connect with people in terms of land management. The Geology Department he said, is not the right institution to be assigned with Land issues; that people should be put in the right position as far as land issues are concerned. The member said the Geology Department should not have given the land, just to satisfy an individual’s selfish interest against a whole village; that they will not condone such as elected representatives of the people.