The National Assembly Member for Niamina Dankunku Samba Jallow, has attributed the low pension payment of retirees to the poor salary scheme of the country.

Jallow said this on Thursday July 28th 2022, while making his contribution on the budget during the debate.

According to Jallow, salary has two significance for the employee, and this is during and after active work. He however rendered his full support to the revised budget, “saying the purpose for which it was tabled before the parliament is worth the approval from lawmakers.

“My distinguished colleagues, the Minister has told us the reason for bringing this revised budget before us. For me, even the first reason which is the non-realization of 3.3 billion in the 2022 budget that we approved here, would have warranted a revised budget,” he said; that for this and other reasons he supports the revised budget, adding that in budgeting one needs to plan if it fails short or needs to be revised.

This is the decision of the Ministry of Finance, he said, adding that the creation of two new ministries is another reason that would have warranted the legislators to approve the revised budget. Jallow explained that when a Ministry is created, they have to consider the salary of the minister and the operating costs of the ministry.

He explained that if lawmakers receive their salaries, they render assistance to others and that the idea of increasing the salary is for every citizen to go home with enough money.

“When we heard about this salary increment, we were anticipating a supplementary appropriation bill that would be tabled here. The Minister said no to bringing SAB in view of the economic situation of the world including the country,” he said; that in lieu of bringing the SAB, the Minister resorted to making cuts on the approved budgets of the MDAs to realize what should be added to have the salary increment.

“The idea was not 30 percent increment. The idea was to increase any amount even if it is 100 percent. Both the low and high income earners will actually go home with something better. It is very important to restructure the salary, but there is no way we can receive the same salary again. It is not possible, and we just have to be realistic,” he said. 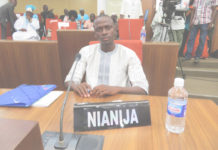 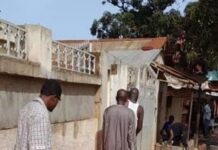 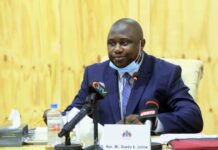