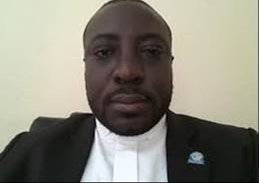 Magistrate Peter Adoh Che of the Brikama Magistrates’ Court recently gave an order that any person who constructs within the twenty metre fire belt of the suit land, commits trespass and is liable upon conviction, to imprisonment.

The order from the Magistrate came as a result of a long standing dispute between Busura and Talokoto villages for repossession of a vast plot of land measuring 228m x 30m x 150m x 50m.

According to the particulars of the Order filed by the Plaintiff against the Defendants, the claim is for the repossession of a vast plot of land measuring 228m x 30m x 150m x50m  being part of the gazetted forest area of the Local Government situated in Busura village, belonging to the community of Busura.

On the 3rd of March 2022, Anna O Mendy issued a Restraining Order against the parties from interfering with the suit land, as it was alleged that the process server (an officer of the Court) served the 1st Defendant in his personal capacity at Talokoto village, while the other Defendants were not served because they could not be located.

However, it is alleged that two individuals, Modou Jarju and Alagie Loum, who were arrested and brought before the said court, informed that they were engaged to work within the suit land by persons unknown to them, and did not have their contacts.

Messrs Jarju and Loum’s statements triggered the plaintiff to apply for a locust visit (site visit) which was granted by the Court and on the 15th July 2022, the Court visited the site led by the plaintiff together with the following persons:

During the visit, the Court discovered that the presence of one roofed hut; three unfinished buildings and a dug foundation.

In addition, the Court noticed the presence of cement blocks within the forest area as indicated by the plaintiff.

“I instructed the plaintiff to liaise with the Department of Forestry to provide me with a map and a report in respect to the demarcation of the forest area,” Magistrate Che disclosed.

The presiding Magistrate explained that on the 25th of July 2022, he received the report from the Regional Department of Forestry captioned: “CLARIFICATIONS ON THE 20 METRE STRIP AS FIRE BELT AS THE FOREST BOUNDARY LINE,” and that attached to the report was a map of BADARA FAYE COMMUNITY FOREST IN WESTERN DIVISION, now Western Region.

“I have looked at the principe, visited the site and carefully perused the report from the Regional Department of Forestry. It is my considered opinion that all the development falls within the 20 meter strip designated as fire belt. Any person who construct within the 20 meters of the fire belt is considered a trespasser, and I was not able to hear from the alleged trespassers as no one owned up, Magistrate Che said. He further held that “in the interest of justice, I shall give one month notice from the date of this order to all those who have built or made blocks within the designated area to come and show cause as to why the structures or blocks shall not be demolished and taken away.”

“Failure to report, this court shall make a demolition order without any other notice,” Magistrate Che asserted.