Kill Ace, 36 Others To Face Trial At High Court

By Yankuba Jallow and Nelson Manneh

A magistrate’s court in Kanifing has on Tuesday transferred the case of rapper Killa Ace and 36 others to the Criminal Division of the High Court.
Magistrate Elizabeth Dunn made the ruling following an application by the prosecutor for the matter to be transferred to the High Court because her court lacks jurisdiction to entertain the case.
In her ruling before a courtroom, Magistrate Dunn said it is unnecessary for the prosecutor to continue with the application for the matter to be transferred to the High Court and the reply on points of law by the defence. She said there is no dispute on the issue of jurisdiction for the court to hear charges on arson and related offences since they are capital offences. She stressed that it is clear from the laws that a magistrate court cannot hear charges on arson, demolition of building and related capital offences, citing legal number 3 of 2009 which requires a Special Criminal Division of the High Court to deal with cases relating to capital offences.
She went on to recuse herself from the case and transfer the matter to the Criminal Division of the High Court which has jurisdiction to hear capital offences. In her ruling, she relied on section 99 (1) of the Criminal Procedure Code which provides that capital offences are unbailable, and further cited section 208 (a) of the same authority which deals with the transfer of cases from a subordinate court to a superior court.
She ordered that the suspects be put under custody pending their arraignment before the High Court. She also ordered that the accused persons (suspects) be provided with access to medical care while under custody.
Magistrate Dunn asked the suspects whether any of them has medical issues in which almost all of them responded in the affirmative. She asked them to sit on the benches and they all sat down.
Prosecutor Superintendent Mballow told the court that after the last court sittings, 14 out of the 37 suspects escaped from lawful custody as a result of tension both within and outside the court premises. He said the police have arrested 7 of the escaped detainees including one who reported himself.
“We have opened a case file for them,” the prosecutor told the court.

The 37 accused persons are; 3 Sierra Leoneans, 3 Guineans, 2 Senegalese and 29 Gambians including Executive members of the Boka Lokho Association of the Serrekunda Market.

Hundreds of youths including activists came to witness the trial showing solidarity with the remanded suspects. They were calling for their unconditional release as they were chanting ‘free 37’. 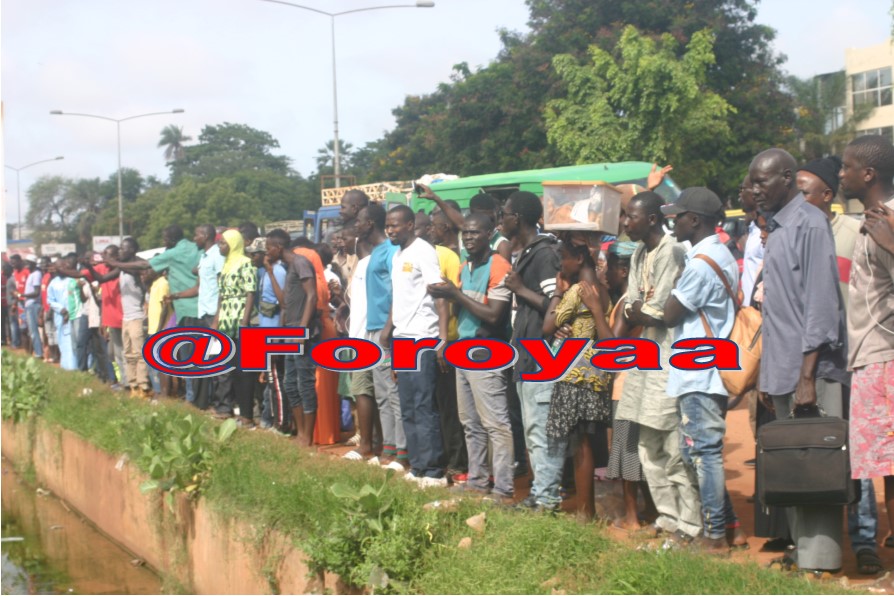 Armed police officers were dispatched to secure the court premises to avoid any troubles that may unfold and also to ensure that none of them escape from custody because of tension. 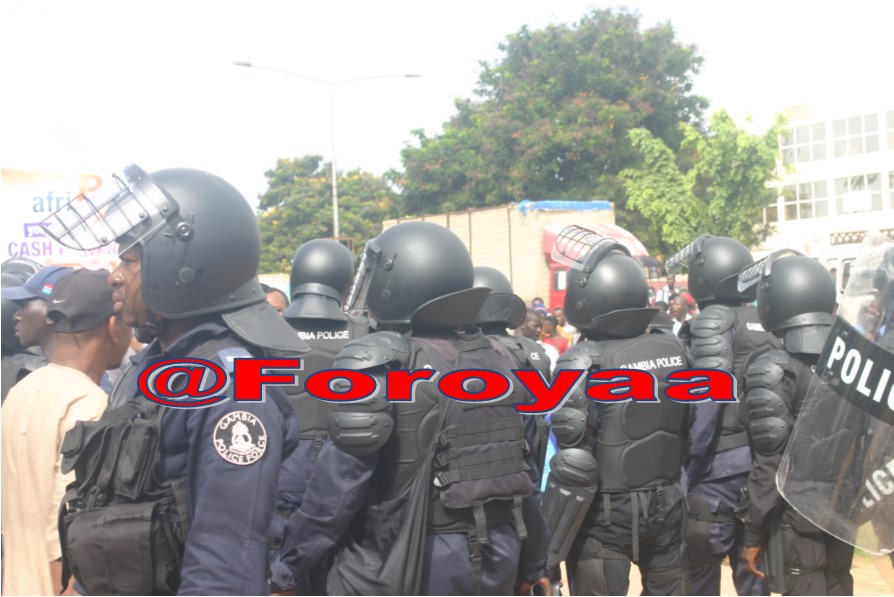 People were reacting to the way and manner the police officers were bringing the suspects to the vehicle. The police were pushing some of them which prompted the public to react. The prominent among the suspects, Killa Ace was put in cuff by the police while he was been taken to the vehicle. He was heard saying “officer take it easy I am your brother. I am not saying I will not enter the vehicle so please don’t push me. There was bit disagreement but at the end, the police were able to put the remanded suspects in three separate vehicles and drove them to Mile 2. 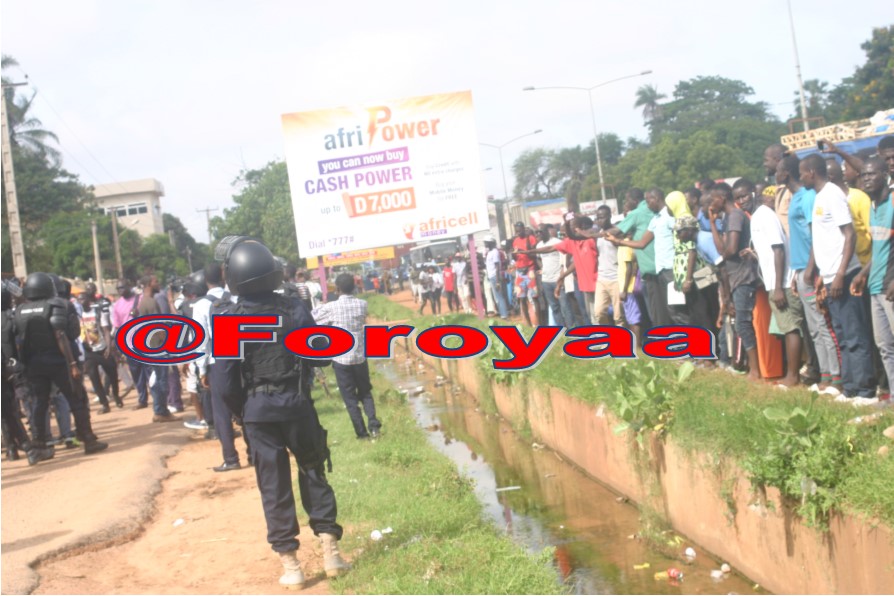 They will be charged with; conspiracy to commit felony, unlawful assembly, prohibition of conduct conducive to breaches of peace, 2 counts of arson, 2 counts of rioters demolishing building and riotously injuring machinery.

By Yankuba Jallow Alieu Lowe, a relative to late Colonel Ndour Cham said he helped the military leader to escape after the failed May 2006...
Read more

By Yankuba Jallow Lamin Bojang, an employee of the Medical Research Council (MRC) has on Thursday, 22nd October 2020 explained that he was tortured at...
Read more

By Yankuba Jallow Musa Cham, a resident of Sukuta has on Monday, 26th October 2020 gave testimony of his encounters with alleged criminal syndicate groups...
Read more

By Nelson Manneh and Mariama Marong The Banjul High court is set to rule on Yankuba Touray’s application for the court to enforce the constitutional...
Read more
FOROYAA Newspaper is your premier Gambian community portal delivering news on politics, legal affairs and more. We provide you with the latest breaking news and videos straight from The Gambia and the rest of the world.