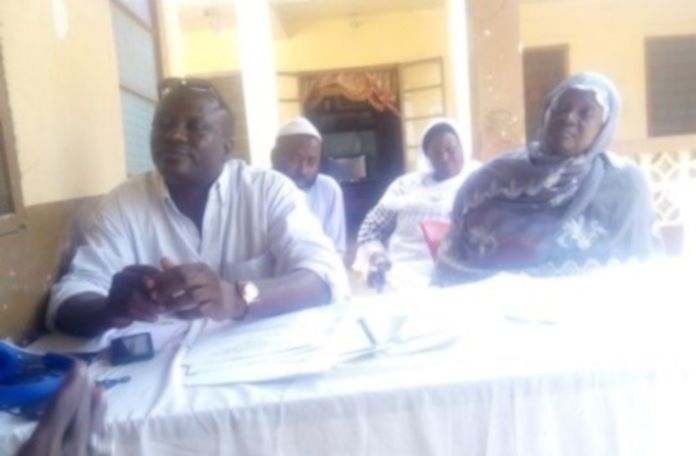 Adama Jobe said this particular issue was of great concern to them as a family at a time when some persons have encroached on their land.

‘‘We have complained to the authorities to no avail up to now,’’ Jobe told this reporter.

According to him, their late father Alhagie Yusupha Jobe obtained the said land in 1962 and leased it in 1998 for agricultural purposes initially; that the land area measured fifty hectares; that during the lease process in 1998, the authorities conditioned him that some part of the land will be demarcated and the Social Security and Housing Finance Corporation (SSHFC) will get seventy percent whilst the rest will be retained by the said family.

Jobe said they were asked to pay a sum of five hundred thousand dalasi for the change of use from agricultural to residential purposes which amount was since paid to the Ministry of Local Government and Lands; that their concern is that one Amadou Ceesay has encroached on the thirty percent of their inherited Land and sold it to others.

He said they have lodged a series of complaints at the Brusubi, Old Yundum, Jabang and Latriya Police Stations about the activities of Amadou Ceesay who once responded to them that nothing will come out of the matter; that they believe that the Police knew something about these activities of Amadou Ceesay because they have reported the matter to no avail.

Jobe said he was once attacked by Amadou Ceesay and his group who destroyed his car and the police did not do much about the incident.

When contacted to shed light on the issue, Musa Badjie, the Deputy Permanent Secretary (DPS) at the Ministry of Lands told this reporter that a taskforce on the land dispute between Jobe and Jatta Kunda families was constituted as a result of a recommendation made by the Police Investigation report; that the report recommended that an independent surveyor be hired to re-demarcate the seventy and thirty percent areas of the leased land and the 1,000 meter northern boundary of the leased land from the Jabang cemetery, in the eastern side.

DPS Badjie said the taskforce that was constituted comprised officers from the Local Government Ministry, representatives from the Jobe Kunda family, traditional land owners and the Police; that the taskforce held couple of meetings with the disputing parties and one of the key outcomes of those meetings was for the Ministry to hire an independent surveyor to determine the location and limits of the Jobe Kunda leased land area. He asserted that there should be a complete cessation of development within the conflict zone.

Police PRO ASP Lamin Njie, was also contacted to shed light on this issue. He however told this reporter that the Station Officers of the Police Stations mentioned in the story were called including the Police Commissioner for the area, about what happened but they did not respond to his calls at the time. He however promised to call back this reporter which is much awaited.