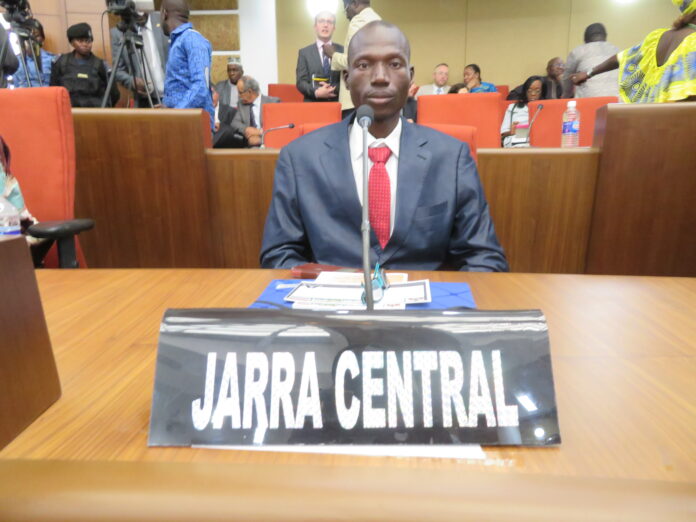 Hon. Kebba Jallow, Parliamentarian for Jarra Central, has alleged that the Constitutional Review Commission has directly copied from the Kenyan constitution of 2010 and pasted it into the draft constitution of the Gambia.

MP Jallow made this allegation on Wednesday 16th September 2020, while intervening on the draft constitution tabled before the legislators for debate on its merits and principles.

This the Jarra Central Lawmaker said,  needs critical and analytical thinking, noting that during the consultative process the CRC, informed that any view put in the draft constitution, would be the constitution of the country.

He said “if the draft constitution contains the views of the Gambian people, and  yet they do not have the mandate even whereas they are innocent of certain clause or section when this bill is being passed, it is something we have to think of”.

He added, “this is a cause of alarm for me and my electorate, because if somebody is confronted among my constituents and happens to be involved in any other issue which would require court hearing, and is innocent in so doing, he or she will not have any legal base for doing so as a result of this clause”.

He said such clause is inconsistent with rule of law and what needs to be understood is that the constitution is not equal to the ten commandments of God, as they are subjected to changes whenever the need arises.

He said “So I cannot take this to be ‘Ten Commandments of God’ and for that being the case, I think something needs to be done about the clause”.

On the confirmation of Judges as in the draft constitution, he said it should be subjected to the approval by the Legislature, but stressed that his fear is that the issue might be politicized and urged that that clause be revisited.

He however, commended the CRC for the inclusion of certain clauses in the draft constitution, which were not stipulated in the 1997 constitution, such as Presidential term limit, the use of national languages in the assembly among others.