The Minister of Environment, Natural Resources and Climate Change Lamin Dibba, has urged Gambians to protect the country’s marine ecosystem through regular cleansing exercises on the country’s beaches and coastal environments.

Mr. Dibba made this statement on the 21st of September 2019 during the commemoration of International Clean-up day to clean the country’s coastal areas. The exercise which took place in six coastal communities of Barra, Banjul, Senegambia, Tanji, and Gunjur, saw the full participation of the public in the exercise. He described the international clean-up exercise as a reminder for people to know the importance of the country’s marine ecosystem which most people depend on for their livelihood. The exercise which was organised by the National Environmental Agency (NEA), was also supported by the GCCA together with the European Union and ‘KarPowership’ Company. Dibba said the day is celebrated every third Saturday of September every year; that the day is of particular importance to the country because of her eighty kilometres of coastline and coastal settlements. He said research shows that 5-8 billion tons of plastic is thrown in the sea and this pollutes beaches and coastal environments across the world. 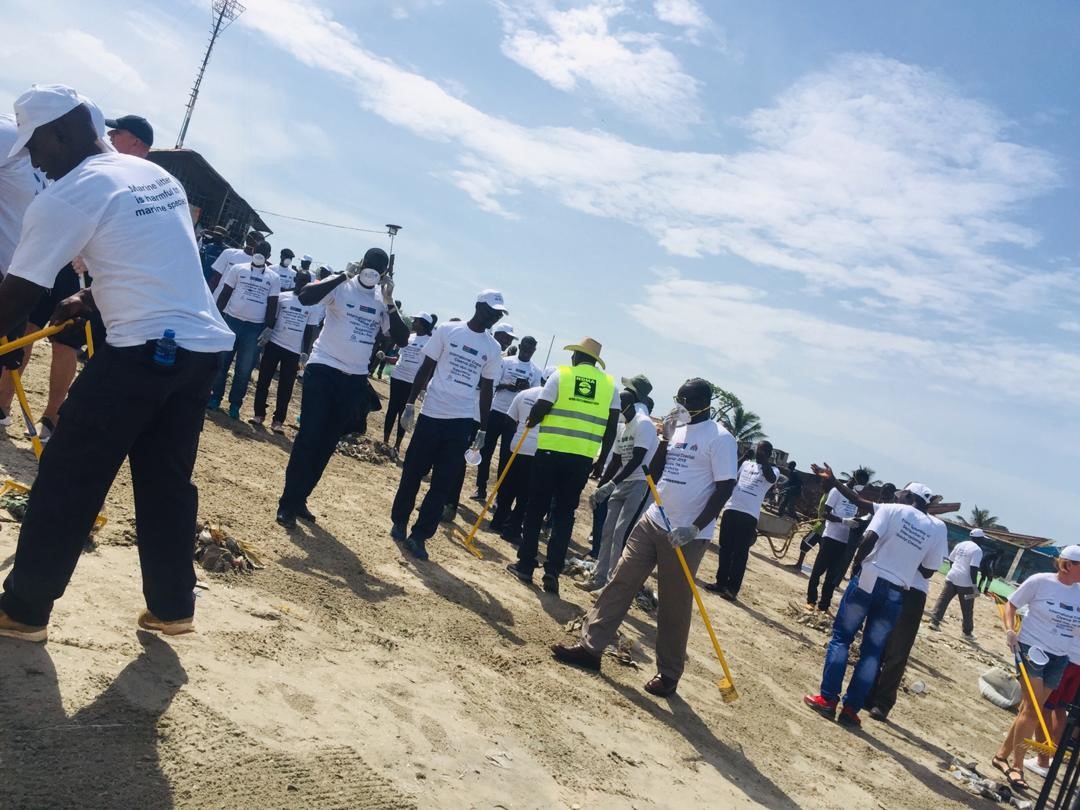 “So, you can see the national and global efforts mobilized to ensure that we clean our beaches and the country’s marine ecosystems so that we can have a sustainable livelihood from the sea,” he told participants.

The EU Ambassador Attila Lajos who also participated in the exercise, said around 80% of marine litter is composed of plastic; that from the tiniest plankton to the largest whales, plastic impacts nearly 700 species in the World’s Oceans. He said every year, eight million tons of plastic enters the Ocean on an already estimated 150 million metric tons of plastic that is circulating the seas. He said the Ocean cannot wait for long solutions and people need to act now. He commended the NEA for taking the initiative to sensitize people on the proper disposal of waste.

MUHAMMED S. BAH (MS) The extractive industry in The Gambia has been operating for decades, but experts and anti-corruption advocates believe it’s less transparent. In 2017,...
Read more

By Ndey Sowe ‘Future Proof Banjul’ has recently embarked on the planting of 5000 Mangroves along the Radio Syd beach side in a bid to...
Read more
FOROYAA Newspaper is your premier Gambian community portal delivering news on politics, legal affairs and more. We provide you with the latest breaking news and videos straight from The Gambia and the rest of the world.