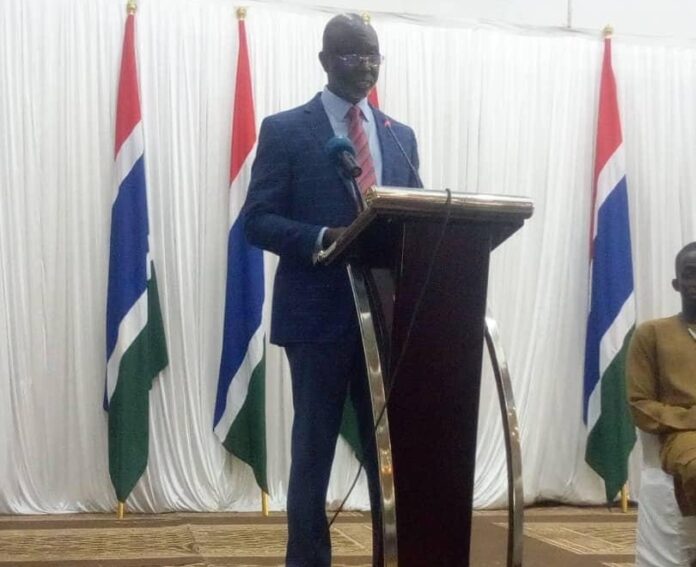 Tamsir M. Jasseh, an independent candidate vying for the position of president in December, 2021 election, has revealed that security will be his top agenda when he wins.

Jasseh made these and other assurances on Thursday, 1st July, 2020 at a press conference held at a local hotel in Senegambia. The press conference was meant to introduce him as the new presidential candidate under the name of Gambia our Home Land.

“The regional command will be made up of the general duty force and will have only regional jurisdiction. As such, there will be seven regional police departments namely, Banjul, KMC, WCR, NBR, LRR, CRR, URR Regional Police Departments respectively,” he said.

Meanwhile, he also promised Gambian that when elected into office, he will ensure these departments will work independent of each other and the regional police commissioners will report directly to the deputy inspector general of police for the regional command at the police headquarters.

“The National Command of the Gambia Police Force will be composed of the present police intervention unit and the Gambia National Guard,” he said.

Jasseh said the national command will be a specialized para-military force like the former gendarmerie and will have national jurisdiction.

“Our administration is going to wage a war on crime, and we will do so by utilizing the community policing strategy and implementation plan of the Gambia police force,” he said.

With regard to the military, he promised that his administration will restructure, expand and diversify and reorient the military to meet and serve the national interest.

“We will expand the function of the army beyond its traditional role of protecting our territorial integrity. There will be an army corps of engineers and army corps of healthcare technicians,” he noted.

He said the secret behind the development of most progressive countries is the decentralization of government. “On the top of our agenda is to introduce and implement a decentralization program for the Gambia,” he said.

He said: “Our admiration, within 72 hours after being sworn into office, shall remove all checkpoints in the country and replace them by implementing a new highway patrol unit of the Gambia Police Force.”

He said: “Our government will address this very important public service by reintroducing a new government owned public transportation service that would move our population in a safe, timely, and affordable manner throughout the length and breadth of the country.”