Mr Barry make these statements yesterday the 28th November 2018, during the Constitution Review Commission meeting with the people in Kudang CRR. 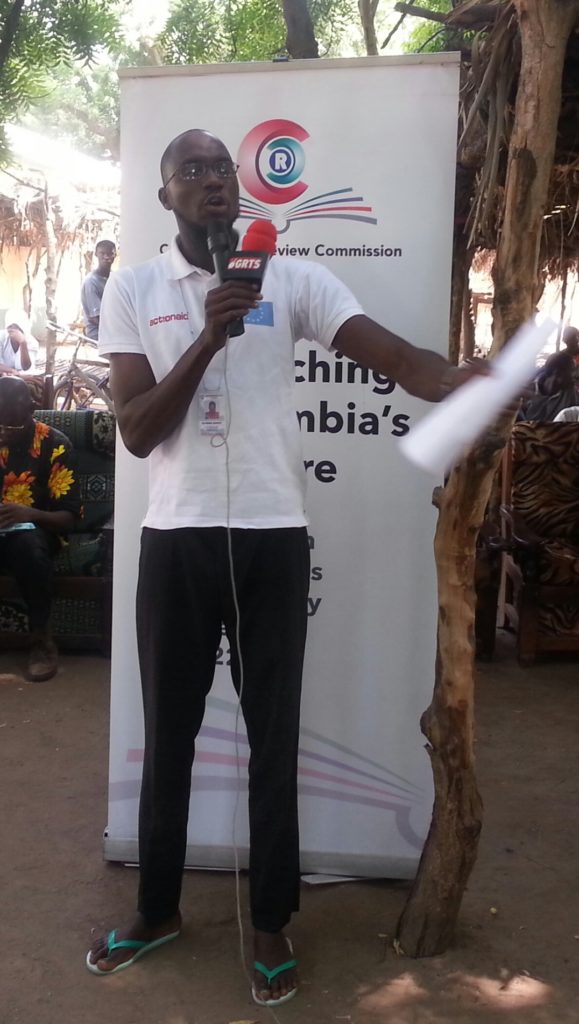 “If the president appoints the IEC Chairman, he will have influence over him or her and if the Chairman wants to maintain his position, he must do what favours the president, since the president can appoint or dismiss the individual,” he said.

With regard to the death penalty the councillor of Kudang ward said, even in Quran it is written there that if you kill a person you should be killed. He said since human beings cannot give life, they should not kill.

“The prisoners are citizens, they just break the law and they are punished by putting them in jail. That should not deprive them from voting.  After their jail terms they will be like any other person, therefore they should vote,” he said.

With regard to the qualification of a presidential candidate,  Lamin Ceesay a native of Kudang said  twenty years ago, the grade twelve certificate was very valuable and it was enough to contest for presidency, but now it should be raised to College certificate level.

Mr Camara added that even in the National Assembly, they need good representatives. He added the Parliament needs people who can read and write well in order to make good decisions for people. He added, “We elect them to represent us. Therefore, the person should be able to speak at least two local languages.”

During the group discussion Commissioner Amie Joof Cole briefed the women on the 1997 Constitution, informing them that there are various ways of acquiring citizenship; citizenship by birth, marriage or naturalisation.

“Do you prefer it to remain the same way or do you want it to change?” she asked.

Fatou Drammeh in response to Commissioner Cole’s questions said, the 15 years of naturalization in the 1997 constitution is too much and should be reduced at least to ten years.

“If you marry a wife or have a husband here in the Gambia for seven years you should be qualified to be a citizen,” she said.

The CRC will tomorrow continue to engage the people of Kerewan and Mamut Fana in Niamina East CRR.