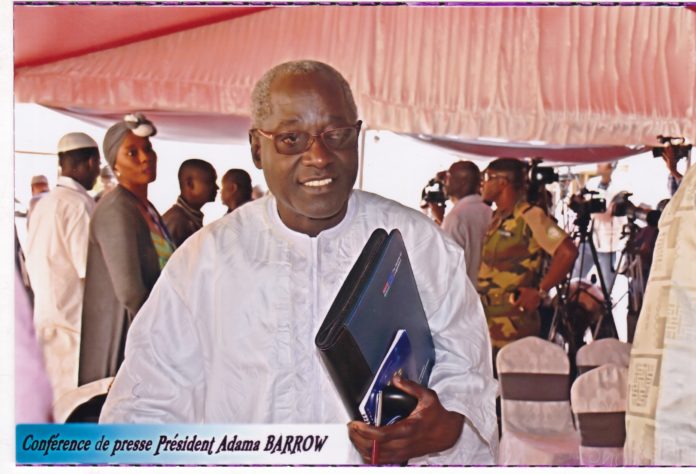 The three Constitutions of the Gambia which came into being as a result of a referendum could rightly be said to be citizen-based constitutions. They owe their origin and legitimacy to citizens and are capable of being changed by citizens. Hence, they are mundane and not sacred documents. The type of state they engender is a mundane state and not a sacred one. This is what the Demagogue does not wish to accept after demonstrating his ignorance of what is the substance of the debate on constitution building.

It goes without saying that even though the Constitutions are mundane instruments, they do incorporate the human and group rights of citizens. The way of life of the citizens who give legitimacy to constitutions would determine the kind of human and group rights they would want embedded in their supreme instrument of governance. This is what should be the basis of a debate in a Constitution building process, not abstract philosophical theories. Constitution is concrete while philosophy is in the abstract.

The question now arises: How are group rights, especially the right to assemble to profess and practice a religion protected under a mundane constitution?

This is done by inserting sections in mundane Constitutions aimed at protecting freedoms of belief and worship.

The promulgation of laws to protect religion started under the colonial order and continued under the 1965, 1970 and 1997 Constitutions.

There is the Christian Marriage Act of 1862 aimed at validating Christian marriages, which is still in force; the Shariah Law Recognition Act of 1905 which is complemented by Muslim Marriage and Divorce Act of 30th August 1941; the Matrimonial causes Act for Christians; Section 117 of the Criminal Code which makes it a crime to insult any religion of any class. One could go on ad infinitum.

The Republican Constitution of 1997 went further to state under Section 25 (1)(b) and (c) the following :

(b) Freedom of thought, conscience and belief, which shall include academic freedom;

(c) Freedom to practise any religion and to manifest such practice;”