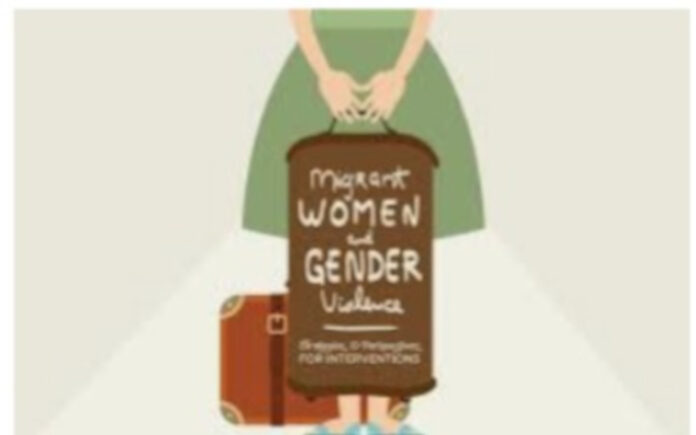 Married is by choice but for Mariam (not her real name) it was as a consequent of abject poverty and the desire to be freed from bondage. She is married to a man who freed her from slavery in Libya as his third wife.

“I married this man not because I love him but because of my condition and the situation I found myself in Libya,” she said.

Born of a single mother, her father died before she was born leaving her to stay with her mother. She also lives with her brothers who were all dependent on their mother, a gasoil sales woman.

She graduated from Armitage Senior School and became a secretary at the Kombo Kerewan Upper Basic School.

Her mother was incarcerated at Mile II for two weeks for selling stolen gasoil. Because of her mother’s imprisonment, she missed her last two examination papers. She travelled from Janjanbureh to Lamin to secure bail for her mother. As life continued, she faced challenges as a result of her family condition. She met a Nigerian woman who convinced her to go with her to Nigeria. The woman told her that Nigeria has better opportunities than the Gambia.

As a result of the family pressure and as a consequent of poverty, she decided to go to Nigeria where she was worked at a bookshop.

She said: “I told her anyway I want to go to Nigeria to change my life and maybe if I go to Nigeria, I will be able to support my mother and my family. I was the person paying school fees for my younger brother at the time I was leaving for Nigeria.”

The Nigerian woman told her that she was going to help her and that was why she borrowed her money and she boarded the bus from Banjul to Nigeria.

“On our journey going to Nigeria when we got to the border of Nigeria, some rebels attacked our bus, killed some and raped six of us. I was defiled as a young girl,” she recounted.

In Nigeria, she was employed by a woman as librarian and she used to sell credit cards, magazines and novels. One faithful day a man called Okuta came to her shop and bought so many materials but ran out of cash (300 Naira). She did favour for the man by giving him the materials not knowing he owned a financial outfit. A week later, Okuta returned and this was the beginning of a new beginning for her.

Okuta told her that he has never received one Naira from a woman as he was astonished by the favour he received from her.

‘He asked me, what do you want in life? I laughed and taught it was a joke, he got angry and said ‘madam I did not come here to joke and if you are not serious I will go back to do what I was doing’. And I told him yes I want to go back to school.”

“I was excited and did know what to do with the money, all I did was I took half of the money, transfer it to my mother to rebuild the house that she was residing in because during the rainy season my mother and brothers don’t sleep,” she said.

One day Okuta took her to his house to live with him not knowing that he was living alone while his family was abroad.

One day while Okuta and family went out, she stayed home together with Okuta’s wife. She said: “After an hour the woman came to my room with a knife and told me to drop all the materials that I was given.”

“When I did, she took me into her car and dropped me to a bush where I don’t know anybody. I met a girl (woman) at the street and I asked her name, she introduced herself and then from there I explained my problem to her and told her I don’t have anywhere to go to,” she said.

She lived with this woman in a small room and she was employed by some Indians there as a caterer.

“Life started getting a little better for me and I started sending back money to my family. From there I brought my brother to Nigeria and tried to move him to Libya. When he got to Libya, he was imprisoned for couple of times and I used to transfer money to secure his release. I decided to go to Libya and check on him,” she said.

In Libya, their vehicle was attacked by armed gunmen and some of the passengers were killed. She was not shot but sold. The person who took them to Libya told them he spent money on them and they must repay him. They all agreed to work to repay the man.

“The man told us the only job available is prostitution and six of us will each work daily. For me personally, I refused and the man called my name and said you are different from the others because you are a Gambian, I personally love you,” he said.

“I said ok. If this is the opportunity for me to be freed without prostitution, I will go in for that. Then he took me to his room, we lived together and I got pregnant for him but the man aborted the pregnancy. The abortion affected me severely and as a consequent, I was sick for several days,” she recollected.

The man resold her in Sabha (a district in Libya in the Fezzan Region) and those who bought her took her to Tropoli, the capital city of Libya.

“When we got to Tripoli we were forced to do prostitution where we were put in a big hall and divided with curtains and student beds.”

While in this hall, they were subjected to inhuman treatment that no one can think of.
“I got sick and returned to the house of the owner of that particular place for treatment, when a man called Cherno met me there, he paid money for my freedom and asked me to go and live with him. I said to him I cannot live with you without you marrying, me not knowing that he is a Senegalese,” he said.

She is still married to Cherno as his third wife and they have a son.