Ousman Sillah, National Assembly Member (NAM) for Banjul North, on Thursday, 2nd May, 2019, embarked on a tour of infrastructure works and business operations in his constituency as part of his representative responsibilities. 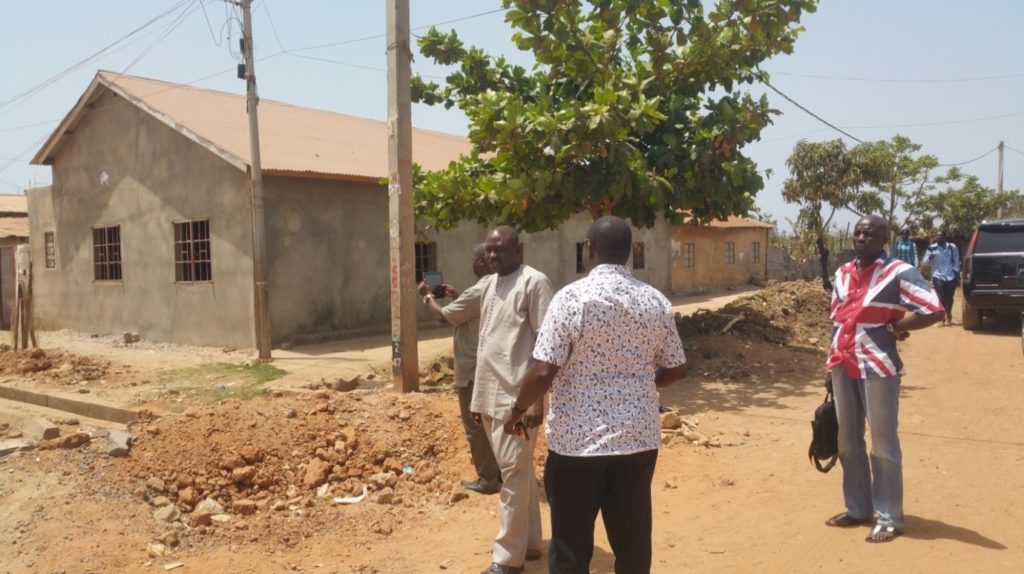 Honourable Sillah visited the ongoing road construction project in Banjul being implemented by Gai Construction Company and the Nessim Trading Company, a flour production company, situated at Bund Road in the outskirts of the capital city.

The Banjul North NAM first visited the bridge connecting the road from the New National Assembly Building to Tobacco Road and where the canal passes to empty its waste water to the Bund Polder Station at Bund Road. On arrival, he met the contractor, Mr Hadim Gai, who welcomed and took him around to see the progress of the excavation works being done on the canal.

Honourable Sillah told the contractor that since his election as a National Assembly Member he has been advocating for the renewal of the infrastructure in Banjul whose roads, drains and sewerage are in deplorable state. He said this is reason why he welcomed the announcement by the government that it has launched a project to construct the roads and the drainage and sewerage system in Banjul.

He said when he asked the minister of works and infrastructure to provide an update on the said project which is said to be at the tune of US$34.6 million, the minister responded that there is no money at hand and as such they are inviting potential contractors to pre-finance the construction of some parts of the project.

“The Honourable Minister told us that Gai Construction is the only company that has come up and is pre-financing the construction of the infrastructure works and this is why I am here to inspect the ongoing works,” said Honourable Sillah.

He added: “Although, I would want to know more about this rehabilitation project which the minister will be providing regarding some technical details, I deem it necessary to come and see the work being done.”

He asked the contractor whether they will be starting first with the sewage which is underground before constructing the roads and drains.

In response, the contractor said the problem with the sewage is it is blocked and that they will be working on it to remove the blockages.

When the Banjul North lawmaker asked whether the canal is going to be made concrete or left like it is, the contractor responded that the plan is to eventually make it concrete.

In an interview with the Banjul North NAM regarding his impression regarding the ongoing works in Banjul, he told this reporter “I have seen that they have opened up through excavation some parts of the ring canal around Banjul which has been clogged with solid waste that was blocking the free flow of water.”

He said he expressed concern regarding environmental impact and had asked the contractor whether this issue is factored.

“I indicated the need for environmental impact assessment (EIA) since the works, especially the access roads, are being done in swamps called the ‘Tan Bi Wetlands’ which needs protection,” said Honourable Sillah.

He said it is important for such a study to be done to mitigate any negative impact on the environment such as flooding, among other things.

Honourable Sillah and delegation were met on arrival by Mr. Ahmed EL Mally Manane, the Managing Director of the Company. In explaining the purpose of his visit, the Banjul North NAM said this is a practice he had started since his election in 2017 which involves visiting schools, hospitals, businesses and other operations within his constituency. “The objectives of the visits are to acquaint myself, as the sitting National Assembly Member, with the issues and operations of the institutions and facilities and to see how to support and ensure that they can benefit the constituents,” said Sillah.

In his response, the Managing Director applauded Hon. Sillah for the visit and his work in the constituency. “I am ready to work with you,” he said.

He said the company has ensured compliance with the laws of the land and has also created employment opportunities for Gambians and contributing to national development.

Clement O. Enweruzo, Head of Finance and Administration, said they do not have industrial issues, adding that it is purely a flour milling company.

He said the industry processes wheat into flour and the husk is used for animal feed. He added that there is no gas or pollution of the environment and that waste collection is also not a problem.

In terms of benefits, he said they have about one hundred and fifteen employees, 80 percent of whom are Gambians and that most of them also are residing in Banjul. He concluded that their price for a bag of flour is the cheapest in the market, adding that they will continue with this price all throughout the Ramadan.