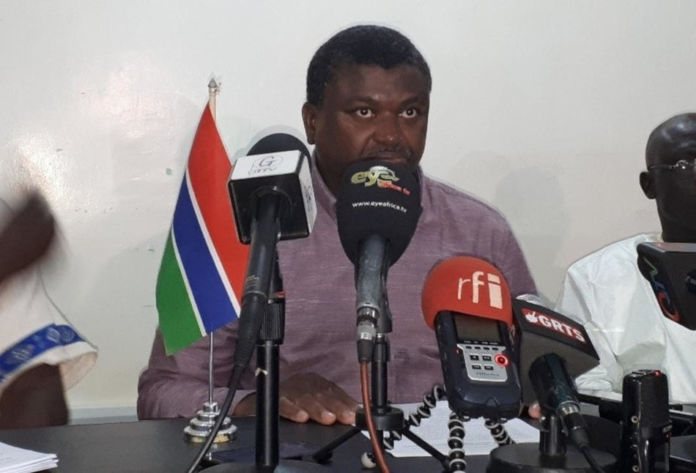 Gambia’s Health Minister Dr. Ahmad Lamin Samateh, has warned those individuals who have absconded from quarantine, to report themselves to their various quarantine centers or face law enforcement.

Dr Samateh said this in a press release yesterday while giving updates on the Covid-19 situations in the country.

“Seventeen people absconded from quarantine locations and thereby pose a great risk to their families and the general public. These individuals are instructed to report back to the quarantine sites immediately failure of which will lead to law enforcement officers pursuing and arresting them,” Dr. Samateh said.

The Health Minister said the first case of Covid-19 that was diagnosed has improved remarkably and will be discharged soon, if the second consecutive laboratory test proves negative; that since the diagnosis of the first case, nine more suspected cases have undergone testing and one was positive.

“This is the second confirmed case of the virus in the Gambia and it involves a seventy year old Bangladeshi man who came to the Gambia from Senegal on the 13th of March 2020, as a preacher. He was residing at the ‘Markass Centre’ in Bundung where he was engaged in preaching and interacting with a number of people,” Dr. Samateh said; that the preacher was said to have travelled from six other countries where he carried out similar work.

Dr. Samateh said the seventy year old Bangladeshi was a known diabetic who presented at a Health facility with ‘Diabetic Keto Acidosis’; that he was later referred to the Edward Francis Small Teaching Hospital (EFSTH) but unfortunately passed away in the ambulance that was taking him.

Dr. Samateh said active contact tracing is ongoing and urged everyone who interacted with the said seventy year old Bangladeshi, to call 1025 for further advice. He said the Foreign Ministry is already informed and the message will be extended to other countries as well, for contact tracing.

“The general public is urged to take Covid-19 seriously because this is a disease that is highly contagious and we have all seen what is happening in other countries,” he said.

He urged the general Public to strongly adhere to the advice and press release of Government and further informed that currently, there are 124 people on quarantine at various locations.