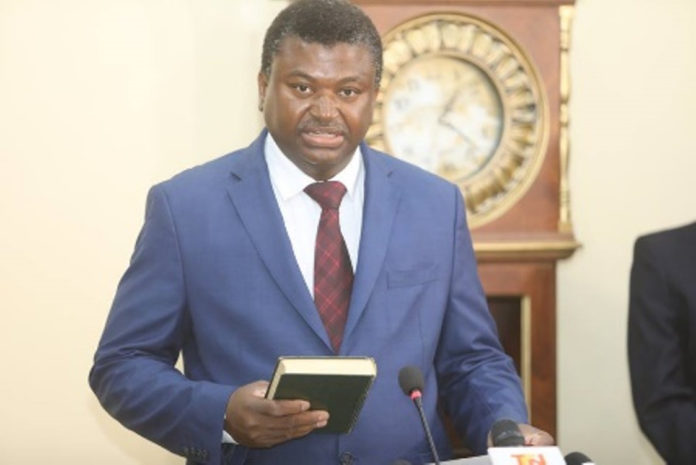 Two patients of Coronavirus have been discharged yesterday by health authorities after recovering from the virus.

Dr. Ahmadou Samateh, the Minister of Health has on Wednesday, 1st April 2020 confirmed to the press that they have released the first and third Covid-19 patients while the second patient died.

The first Covid-19 case involved a lady who came from UK and reported herself to health authorities and has now recovered from the virus. She was confirmed positive of the virus on the 17th March 2020. She was discharged yesterday.

Another patient discharged was the recent confirmed case of Covid-19 involving a resident of Numuyel. The 71-year-old man returned from France on the 17th March 2020 and was on Tuesday March 24, 2020 confirmed positive of contracting the Coronavirus.

The fourth and the only confirmed Covid-19 patient remaining was in the same flight with the first person who contracted the disease, but they departed from different countries. He was confirmed positive on the 28th March 2020.

Minister Samateh said all the five recent laboratory test results received from the 31st March were all negative.

“These tests have been negative”, he said, adding “as per the WHO guidelines the two consecutive tests for an individual is a confirmation of recovery, and they have been discharged from the hospital.”

He said: “we want to emphasize that this does not give any room for complacency, this means we should still be as vigilant as possible. People recovering do not mean that we should take the decease lightly because we know that the mortalities associated with COVID-19 is increasing worldwide with increase in the case fatality rate”.

He explained that the Gambia currently has only one active case, and cumulatively we had four positive confirmed cases and only one patient is receiving care at the government treatment center.

He added that sixty-five low risk contacts were identified and followed up by their tracer teams, these brings the total of contact traced cases to two hundred and thirty-three (233), and one hundred and two tests were conducted both new and repeat.

He said this is an opportunity to the Gambians to work together and strengthen what is needed to be done so that local transmission can be prevented, because it is the main problem in most of these countries where they have a big challenge in dealing with the problem.