“He Called Me a Niger,” Lamin Jallow on the Extraordinary Moment of Fury that Earned Him Wrath of His Coach and Triggered His Exclusion

It’s a tale detailing the rapid decline of a marquee star man who the club broke the bank to retain on their roster.

Extension of the Gambian’s stay by Italian second division side Salernitana was to repay his meteoric rebirth last season. But also, it was in fulfillment of an obligation of a clause installed in the player’s deal by parent side Chievo Verona ordering his current employers acquire him permanently at elapse of the initial loan.

Like in the beginning of all good rapports between a key player and his club, more of such a relationship was expected to continue beyond this football term halted by the human-killer coronavirus.

Then as if some detractors threw a spanner in Lamin’s works, the winger’s ties with his employers turned tempestuous from the bits of what Foroyaa Sport gathered. The fall out was triggered by a club fan who apparently had trailed and trolled the Gambian at various stadiums and allegedly hurled uncomplimentary remarks at him.

In the buildup to this, the former Real de Banjul forward had come off the bench to gift his team the points scoring in a league episode ending in a closely contested 3-2 affair.
Being a typical hot-head, Jallow felt he had had it to neck-level and in a feat of rage, stormed towards direction of the said fan in celebration asking the supporter to “zip it” with a finger on the lips gesture.

Amidst the goal celebration, one of the officials on Lamin’s team stepped forward to drag the Bakau-born away with a pat on the bum and ordering him back to the pitch.

Footage of the incident soon went viral causing the 24-year-old come on the receiving end of derides.

Inevitably or rather damagingly on the striker’s part, the incident made the rounds in the tabloids with pundits already predicting a calamitous ending.

The fixture with Crotone eventually elapsed with Salernitana picking the spoils but Jallow seems still displeased and headed to the direction of the same fan as he walked down the tunnel with gesticulations after the whistle went for conclusion of the game.

Again, he required to be pulled away. In later comments aimed at contrition amid torrential abuses, Lamin claimed the particular fan had insulted his entire family, calling him a non-Salernitano –a parlance for an unpatriotic club follower.

The move by the player to offer his apologies was a quick PR strategy to defuse mounting fans tension as criticisms reeled in from all quarters launched at their own player whom they suppose was expected to be an exemplary figure considering he was the side’s No10 bearer.

However, to most, including club coach Ventura, the damage of that feat of anger was enormous and needed to be rectified with a punitive measure as a deterrent in the future. 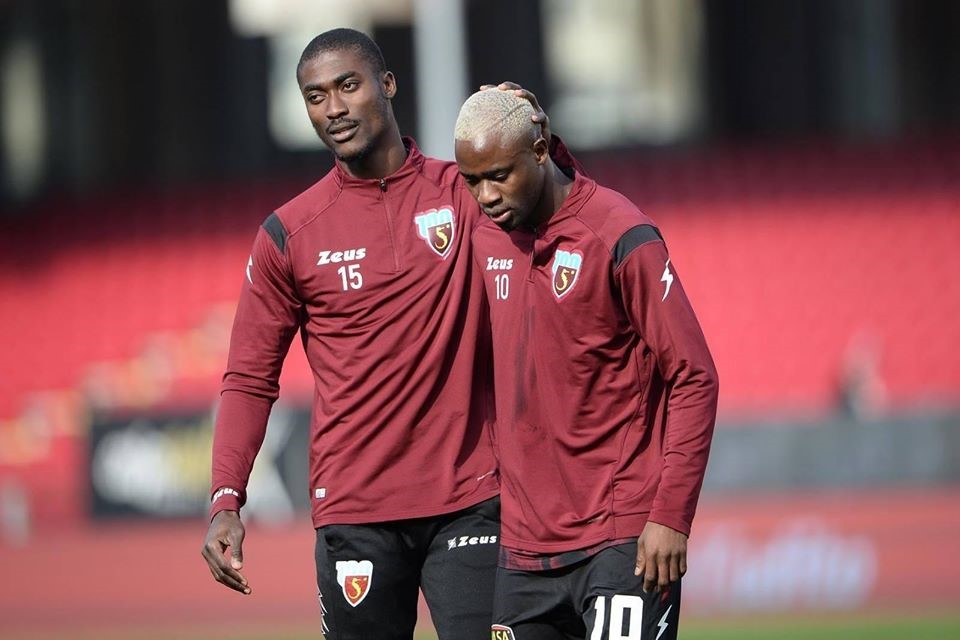 And towards implementation of that, the gaffer decided to bench the Scorpion aside from the dressing down he delivered at him in the locker room.

The situation did not cease as the wide-man suffered exclusion from December last year to March this term before Ventura started playing the striker who’s by default, one of the team’s highest earners. In the moments before the coach’s change of heart, suitors have been beckoning trying to prise him away notably Al Ahly of Egypt, Pescara and Lazio.

However, overtures from Pescara and Lazio were stronger especially the latter who it was then claimed were willing to cash in on the situation by slapping a one million euro offer on Salernitana chairman’s desk.

There was also Al Ahly’s interest, who, after being snubbed by Ali Sowe, were ardent on catching the fancy of Salernitana with a whopping five million euros proposal for Jallow which, by its sounding alone, in a normal situation, would have represented business well done and have movers and shakers of the club laughing all the way to the bank considering the initial over a million cash they splashed to sign the goal-getter from Chievo.

Expectedly, the scorpion being an ambitious bloke, was disinterested in the offer to move to Egypt and rather receptive to rumours of Lazio’s interest before later opting to stay put having realised his employers Salernitana weren’t going to budge from their not-for-sale stance.

By this time and seeing the attacker’s agent was determined to force through a move, coach Ventura decided to begin fielding Jallow. The good news then had been the brilliant form he was on before the coronavirus applied the brakes to the football season coinciding with the ex-Bakau United man’s discovery of his audacity for the goal post. 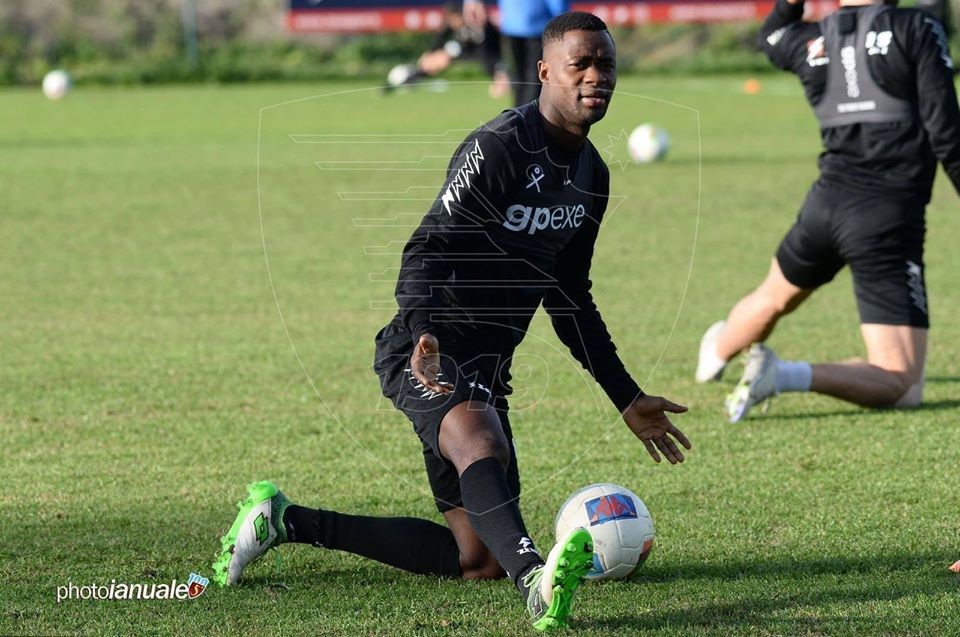 And recalling the incident of anger that caused his troubles this week including his altercation with the unnamed fan, Lamin said: ‘I came off the bench, we were losing 1-0. I scored the tie, then we won 3-2. A fan in the stands yelled at me ‘m **** nigger’ and I silenced him (with my hand on the lips gesture). It’s okay to contest, but not insult. You can’t understand how I felt (at the time). At the end of the game, I was angry. I took a shower and went home. The next day I apologized, but they forced me. In January I was benched a lot. I was ready to leave (and get a new club). The national team (Gambia national team)? I feel better there, I have fewer tactical constraints.’