The tour took him to Wards in Manjai Kunda, Latrikunda

Yiringanya, London Corner, Kunkujang Keitaya and Kololi. He informed citizens of the importance of Local Government Elections (LGE) and the role of Councilors in their respective wards.

He further informed them that there are two Governments in a state; the Central Government and the Local Government.

He reminded the citizens that they have the power to institute Presidents, National Assembly Members and Councilors; that since that power resides in them, they should be conscious of their powers and know who to entrust it to.

“So you see the power of a Council is both making Laws and Budgets.The Laws that are made by the Council should be published for each and every citizen to know what that Law is and if it is a Law providing for taxation, it should be published and announced by all Radio Stations as well as Newspapers, so that every citizen will know how much they should pay as tax, as stipulated in the Local Government Act. And also the people should be well informed about the Local Government Act by Councilors, for the citizens to know,’’ he said. He pointed that for over 53 years since independence, the citizens have never been informed about the size of the budget that is collected by a Council and which Laws they are Governed with; that every September in a year, the Council should inform the citizens about the total amount of tax to be collected and further tell them the purpose for which the revenue will be used.

He further informed the people that a Council should be an institution for employment creation for various Wards, by taking records of for example, tailoring and carpentry shops in Wards and allocating them with youth for training; that if those workshops lack the equipment, the Council can provide them with the equipment and if a school in a Ward needs uniforms, chairs and tables, the workshops will provide those needs as compensation for the training.

Halifa spoke about the various ways in which a Council can promote the welfare of the people such as building houses where people can live and pay it by instalment and upon completion, they will be guaranteed ownership over the land. 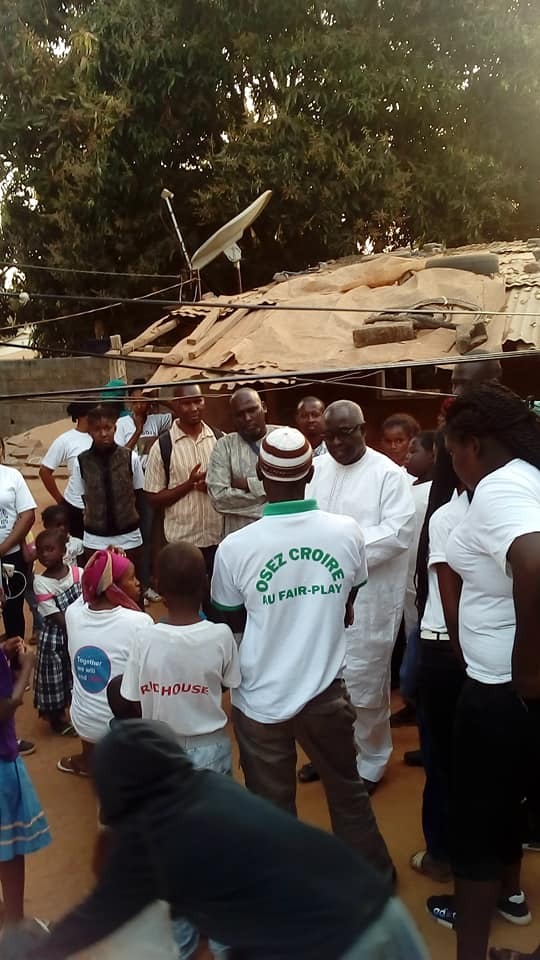 He concluded by telling the People that they should be mindful when electing Councilors because they will be responsible for running their affairs.

‘‘People should avoid making the mistake of electing wrong representatives. If a candidate fails them, the people should blame themselves because they have the power to determine who will lead them. The Choice is Yours,” he concluded.