Gunjur youth, backed by their Alkalo and VDC, have through a letter dated 13th June called for an immediate halt to sand mining.

According to the Chairman of the Gunjur Youth Association (GYA), the association wrote a letter to the Geological Unit, NEA, IGP, Governor West Coast Region, Unity Mining Company and the Ministries of Lands and the Interior.

This letter was endorsed by the Alkalo and the Village Development Committee (VDC) Chairperson of Gunjur. However, the Councillor of Gunjur Ward Momodou Chareh, declined to sign the said letter but attached his own to engage the stakeholders which was accepted by GYA. 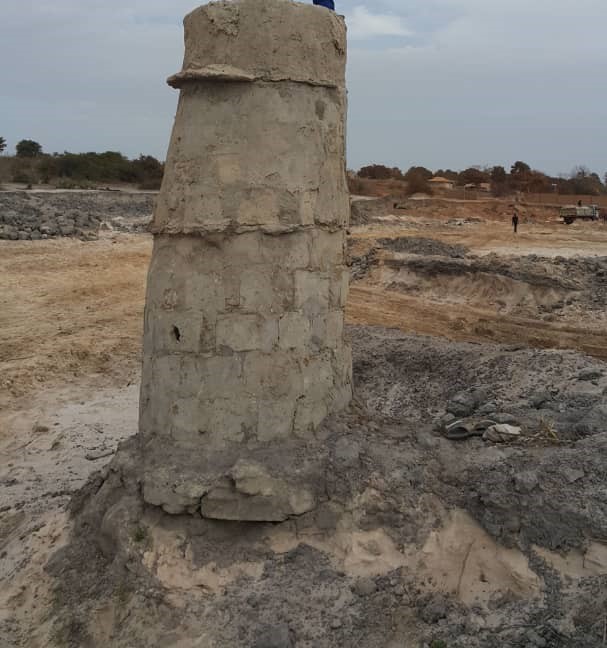 The letter calls for an immediate ban on all sand mining activities currently taking place on the coast of Gunjur because of the environmental ‘catastrophe and destruction’ taking place along the coast. They claim in their letter that as an association, they have seen the extreme negative effects of sand mining activities which led to the complete destruction of women’s gardens and other areas in their vicinity.

The GYA indicated in their letter that they are aware of people in Gunjur who have their properties destroyed due to extreme sand mining. According to them, this supports their view that other stakeholders involved in sand mining do not care about the welfare and livelihood of the local population; that therefore, as concerned natives of Gunjur, they are united as one people to call for a complete halt to all sand mining activities as from Friday 14th June 2019, in order to protect their environment from further damage

Lands along the Gunjur beach where sand mining takes place are claimed by families who are alleged to have sold the areas to sand mining Companies in the country. The present area where sand is mined, was sold to Unity Mining Company by the ‘Konoto Kabilo’.