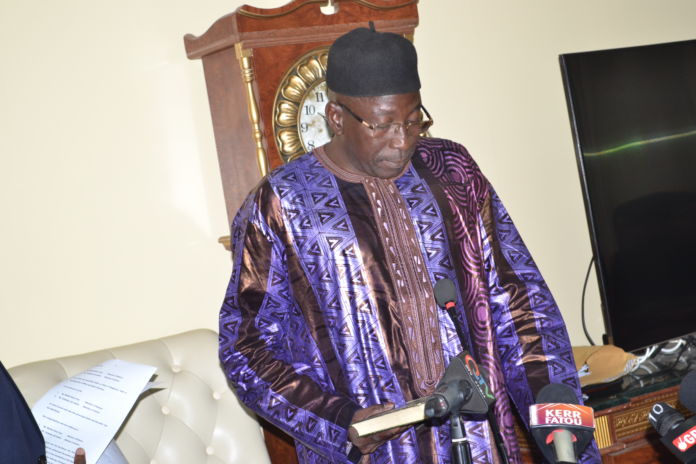 The Gambia Government through the Ministry of Interior has paid over one million dalasis to 37 rented properties that belong to the country’s Police Force.

This disclosure was made by the Minister of Interior, Yankuba Sonko, on Wednesday at the national assembly in Banjul during the second legislative year 2020 as he responded to the question raised by the Deputy Speaker, Momodou L.K Sanneh.

Sanneh asked the minister to inform the assembly about the total number of police stations and police posts that are on rent throughout the country and the amount being paid as rent for each.

In his response, Minister Sonko said there are 37 rented properties at different rates and amount. However, he said the rented properties include nine (9) police stations, 20 police posts, four (4) PIU bases and three (3) residents- otherwise known as quarters.

In his supplementary question, deputy speaker Sanneh asked whether the minister has any plan to build police stations or police posts in order to quit from renting.

Minister Sonko responded in the affirmative. He said as the population grows, the number of police officers will automatically increase.

He further said the standards for the number of police officers against the population in most countries, is 250 citizens to a police officer.

“At the moment, the Gambia Police Force is 334 to a citizen. So this necessitates the building of more police stations to cover most areas. And also we are not equipped like some other countries where you can be at the police headquarters for example and {be} viewing somewhere around Bakau,” he said.

Speaking further, the minister said the rents are at different rates, noting some rented properties in Serrekunda maybe D4, 000 per month while others charge D2, 000.

According to the minister, the reason for the 90, 000 arrears, is because some of the landlords were unable to provide necessary documentation on time for payments.

Asked by Serrekunda lawmaker, Halifa Sallah whether the ministry could consider initiating mobile police vans as an alternative to police posts, Minister Sonko responded in the affirmative.

He said they have started it sometime in 2011 when he designated a caravan around Sukuta which used to move to its vicinities.

He said they found it effective but most residents offered them places to build.

“But if you occupy that place within a year, they start attracting rent,” he said.

Nonetheless, he agreed to Sallah’s proposition.